Hong Kong — Competition for maybe the largest Ether (ETH) reward in nonfungible token (NFT) history is about to heat up: VoxoDeus has announced its official kick-off date of the 250-ETH Omega Key Game on Feb. 22.

Yes, that is not a typo: 250 ETH will be going directly back to the community.

VoxoDeus is the next evolution of NFTs, introducing the world’s first large-scale 3D-interactive collectible NFT ready for the metaverse. VoxoDeus was created with the idea of bringing the most value for holders while creating something stunning and everlasting: a project steeped in lore with 6,312 total Voxos, spread across different species, traits, factions and rarity levels. Each Voxo comes beautifully presented with an alluring background scene and accompanying soundtrack that offers a truly immersive experience. 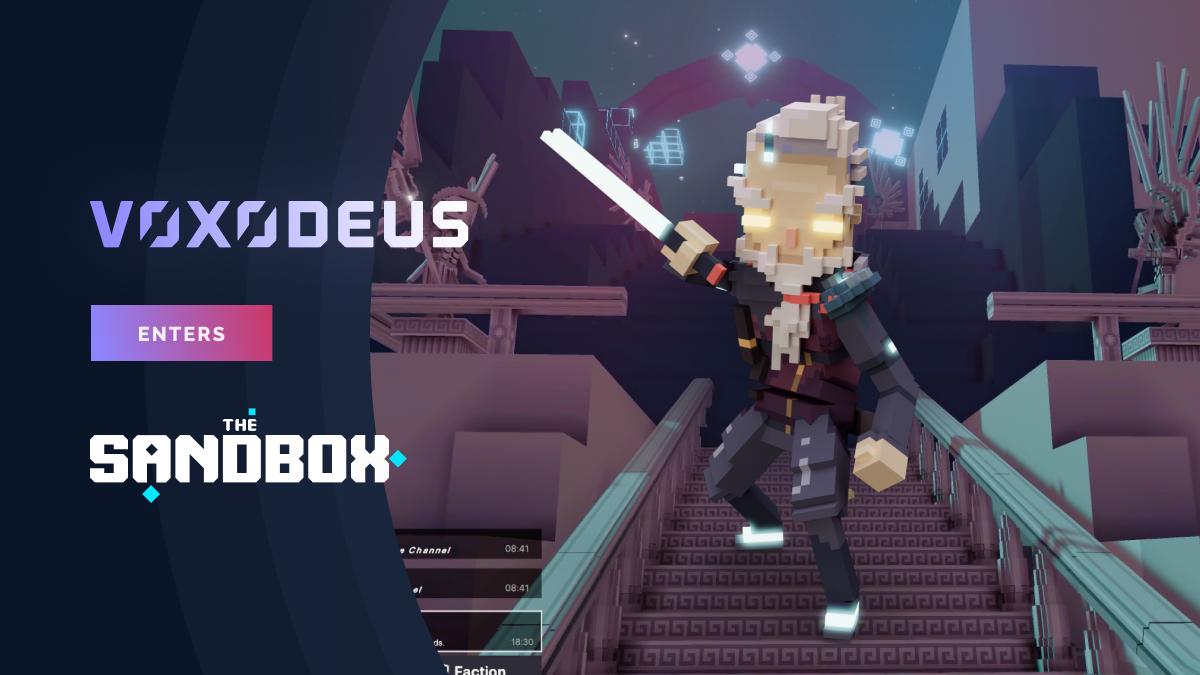 Official partners of The Sandbox

What’s the Omega Key Game and what can be won?

The Omega Key Game is a strategic Voxo-trading game where players compete to collect Omega Keys, using them to claim the 250 ETH-worth of rewards.

There are four reward tiers in the game: Diamond, Gold, Silver and Bronze. Each tier requires a different number of unique keys to be claimed. The tiers are designed to generate multiple play styles and challenge players to consider other players’ strategies.

To claim a reward, a player must be the first to register the required number of keys and claim their victory on the VoxoDeus website.

How will the games begin?

The kick-off will be live-streamed on Twitch where eight Omega Keys will be released on Feb. 22. Starting Feb. 23, a new key will be released daily until all four rewards have been claimed. Omega Key distribution is based on Chainlink’s verifiable random function. All members of the Robit and Sapien species of Voxo are eligible to receive 6,044 potential KeyVoxos.

Players can view a live leaderboard that tracks the state of the game as players race toward exciting rewards. 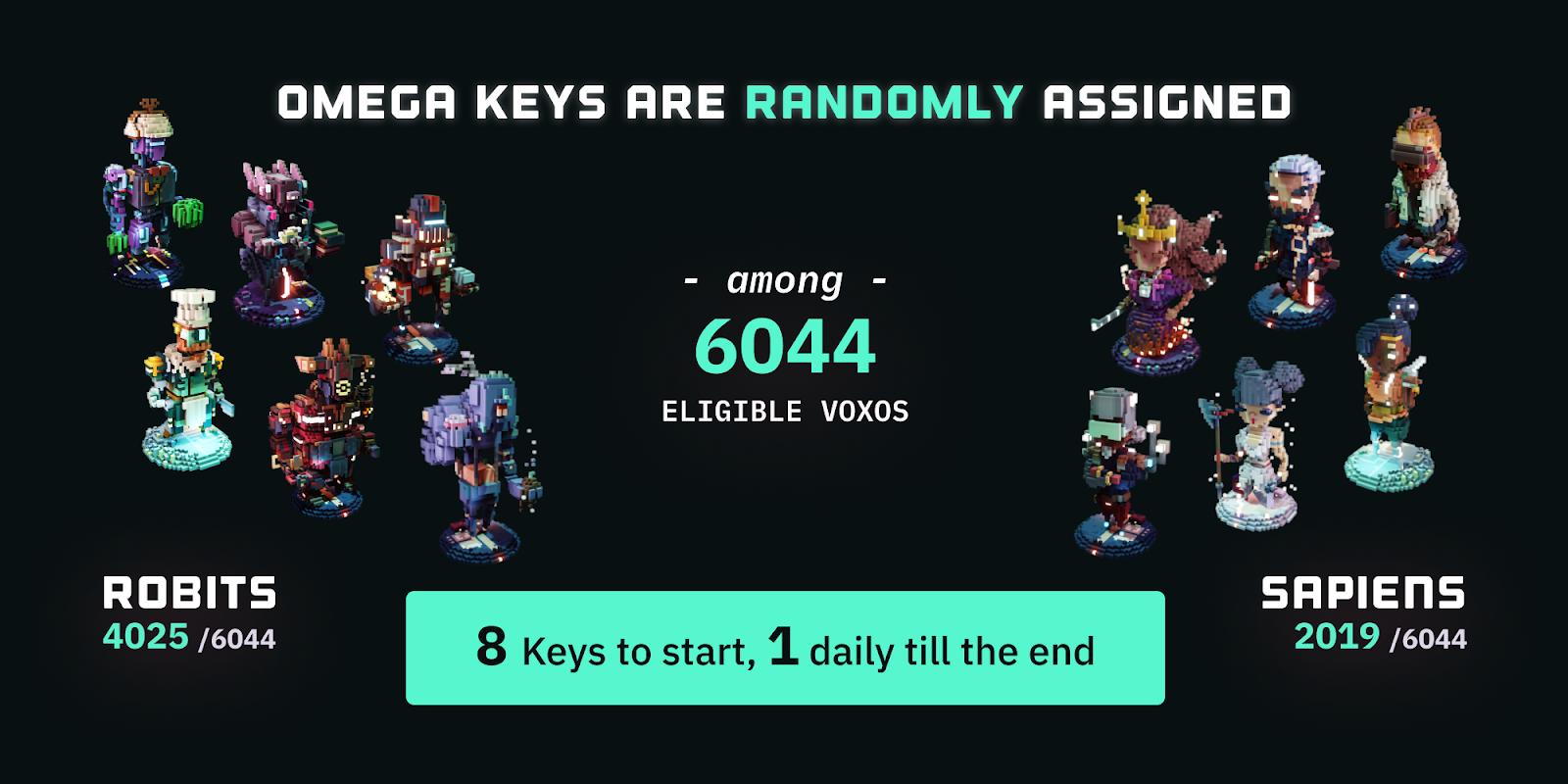 The Omega Key Game is a game where players need to balance risk and reward. Every player has the opportunity to acquire a key, but how they get one depends on their strategies and wits. Some players may aim for lower reward tiers, like Bronze or Silver, to increase the chance to claim before anyone else. Others might play the long game and hold out for the Diamond reward.

For an Omega Key to count, players must register their keys on-chain via VoxoDeus.io. Once registered, the key will be added toward the player’s count. For more details on the gameplay and rules, visit the Omega Key Game minisite.

The Omega Key Game ends when all four rewards have been claimed. Subsequently, all KeyVoxos will be gilded to commemorate game participation and be marked as recipients of Omega’s favor.

The story so far

VoxoDeus launched in 2021 with a mystery at the heart of its collection: Omega, the one truly unique character and rarest of all Voxos, was missing. Gone to a distant part of the The Cypherverse Limited known as The Forbidden Far, it abandoned the inhabitants of Omega Space without explanation.

Then, one unremarkable day on a moon named Sling, an ancient and long-dormant forge rekindled with a short message and began fashioning strange crystalline objects: keys. Although, no one in Omega Space knew what they could unlock.

Interested individuals are encouraged to learn more about the Omega Key Game on the minisite where the playbook, rules and more information can be found.

VoxoDeus is the next evolution of NFTs, introducing the world’s first large-scale 3D-interactive collectible NFT ready for the metaverse. VoxoDeus was created with the idea of raising the most value for holders while creating something stunning and everlasting: A project steeped in lore with 6,312 total Voxos spread across different species, traits, factions and rarity levels. Each Voxo comes beautifully presented with an alluring background scene and accompanying audio to offer a truly immersive experience.

For more information, go to the VoxoDeus and OpenSea websites: