Wars of Cutieland: Deciding the Fate of the Blockchain World – The Biggest Presale Announcement Yet

Blockchain Cuties Universe has declared that they have created a real universe with different types of lands placed on the giant geographical map. 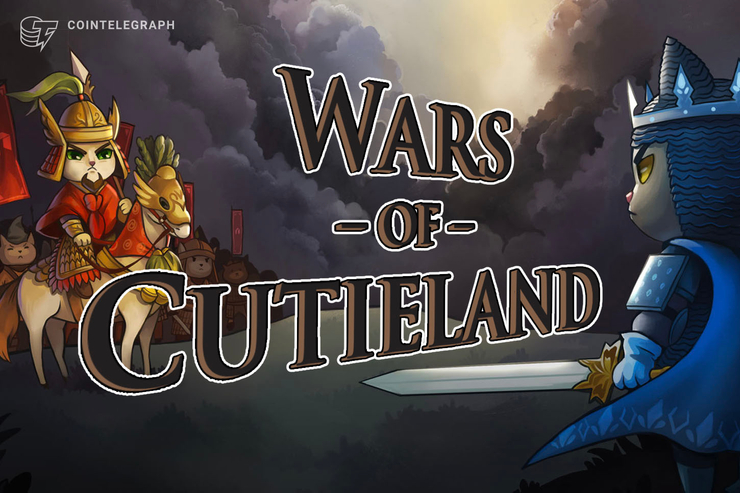 Blockchain Cuties Universe has declared that they have created a real universe with different types of lands placed on the giant geographical map. Up until now, the idea of Cutieland was more avant-garde, supported by adorable characters, all of which were shaped like real and fantasy creatures. The upcoming update promises a whole new point of view where Cutieland is transformed into a fully developed and functioning world, complete with continents, forests, mountains, rivers, and oceans. Players can immerse themselves in a highly interactive world, taking control of the lands and their natural resources. Vladimir Tomko, CEO at Blockchain Cuties Universe, assured: “Our players will soon be the first to explore the biggest world built in any blockchain game yet.”

Blockchain Cuties Universe is the first multi-blockchain game which has implemented Ethereum, EOS and TRON blockchains while having NEO on the way. These aforementioned blockchains are also represented in the game as 4 major playable factions (kingdoms). Players will have the choice of siding with one of them and helping it to obtain economic and military dominance. Users will be able to gather resources and armies, unite into clans, wage wars against opposite factions or even individual foes from their own kingdom. Those who wage wars will have an opportunity to become the Ruler of Cutieland. What do these impossibly cute characters fight for, you may ask? Well, the answer is rich lands with natural resources and a considerable amount of power to influence the history of Cutieland or even blockchain gaming itself! Nobody said it’s going to be easy, especially when the amount of things each Cutie can do in the game increases so drastically. Cuties are capable of many things like spying on their neighbors, scouting the area and gathering vital information in order to secure their victories. This update is going to be purely concentrated on strategic elements which blockchain gaming has never seen before.

Get your land and choose a side

In order to start conquering Cutieland and fight for their favourite factions, players will have to buy a piece of land for their hometowns. Hometowns, or “player Capitals” can be placed either on various scattered islands or close to the faction Capitals (also known as Founder Lands, which are available in limited quantities). While building and developing their hometowns, players will have to advance through “technology tree”, researching new buildings, rare resource deposits, units, upgrades and even ages. Besides hometowns, players will be able to build new cities, forts, walls, watchtowers, etc. And what’s more important, all this, except hometowns will be available for conquest and destruction.

Lands near Blockchain Capitals or Founder Lands are considered to be the best in their class. There are only 16 of them available per blockchain. They provide a lot of building space and some serious economic bonuses. They are the only hometown lands that are placed on the mainland and cannot be conquered. Players who buy them will have a kickstart on the mainland and thus will be able to proceed with their expansion and access rare resources earlier than others. Look at the complete list of bonuses on the presale’s page which will soon be available on the official website – Blockchain Cuties Universe.

Islands with 15% off now

Big Islands: Big islands are the larger land masses tied together in long archipelagos located in the Northeast, Southeast, Southwest and Northwest points of Cutieland. These islands are usually abundant with natural resources and are big enough for a large city.
Look at the complete list of bonuses of this type of land on the presale page.

Medium Islands: Medium islands are the lands located in the long archipelagos on the far reaches of the world. These islands are big enough to host players' cities and are usually rich with natural resources.
Look at the complete list of bonuses of this type of land on the presale page.

Small Islands: Small isles are the land pieces that can be found in Cutieland’s oceans, especially within the long archipelagos that formed in the Northeast, Southeast, Southwest and Northwest parts of the world. They are suitable for player’s settlements, but are usually not as rich in natural resources.

Look at the complete list of bonuses of this type of land on the presale page.

Immortalize your political decisions on blockchain. From now on Cuties have legitimate power in the game. Players are invited to join free elections on blockchain. Simultaneously in Cutieland, there could be a maximum of 4 Kings (same as the number of blockchains/factions existing in the game). It’s also well-known that every wise Ruler should have capable generals to keep his enemies at bay, effective governors to keep his settlements growing and experienced scouts to check on his enemies. So, meet the new noble unique Cutie performers! These Cuties start at level 1 and are available in the game immediately as unique Cuties. When the Wars of Cutieland update rolls out, they will automatically inherit special skills and abilities to wear particular items that affect troops or cities under their command. Let us take a closer look at these new professionals from this new and exciting update:

They are experienced strategists and warriors that lead the armies of Cutieland into battle.

Air Force General – seasoned and decorated commander with 15 years of service in the Ethereum’s headquarters. This bear doesn’t do anything himself, people obey his command and are ready to do anything for him.

Medieval King – he was once the wise king of a medieval city-state located in the lands of EOS. After a recent massive battle with armies of TRON, his army and kingdom were lost. As a true medieval ruler, this Cutie is a powerful warrior that prefers to lead his troops into battles personally.

Space Commander – this Cutie is an experienced space Captain that has over 54 successful engagements and more than a dozen of different decorations, including a Medal of Honor. He’s been commanding a marine company for the last ten years where he developed an extraordinary expertise in hit and run tactics and landing party missions.

They are particularly good at efficient management of complex social systems like towns and cities. They bring economic growth to the city they are stationed at.

Han Dynasty Official – this Cutie is extremely skilled in politics, manipulation and palace intrigues. He can manage affairs not only of a large city but of the whole factions as well.

Nigerian Prince – incredibly intelligent and extremely powerful creature, he knows the ins and outs of politics. During his youth, he used to deceive rich people using different correspondence schemes.

They are required for every player as they provide vital information. They explore the nearby surroundings, scout for enemy troops and settlements. Scouts can construct watch towers in a blink of an eye.

Jungle Commando – this Cutie scout received its training in Ethereum Army Special Forces and participated in 3 different conflicts across the Cutieland since then. He always works alone and has an incredible skill set to spy on its enemies.

Players who plan to gather armies and wage wars against each other need to choose their heroes wisely in order to have an army to be proud of.

Don’t hesitate to become a part of the new economy

Join one of the four warring blockchain factions to become a leader of your clan and lay claim to your faction’s throne! Establish and develop your city in order to discover, gather and trade its resources. Find your brave heroes to fend off foes’ attacks. Explore the revamped Cutieland and get obsessed with furthering all of your little Cuties.

Check everything for yourself in the presale section.