The first two batches of “Genesis Gamer” NFTs sold out quickly. Now, the final sale has begun for whitelisted players. 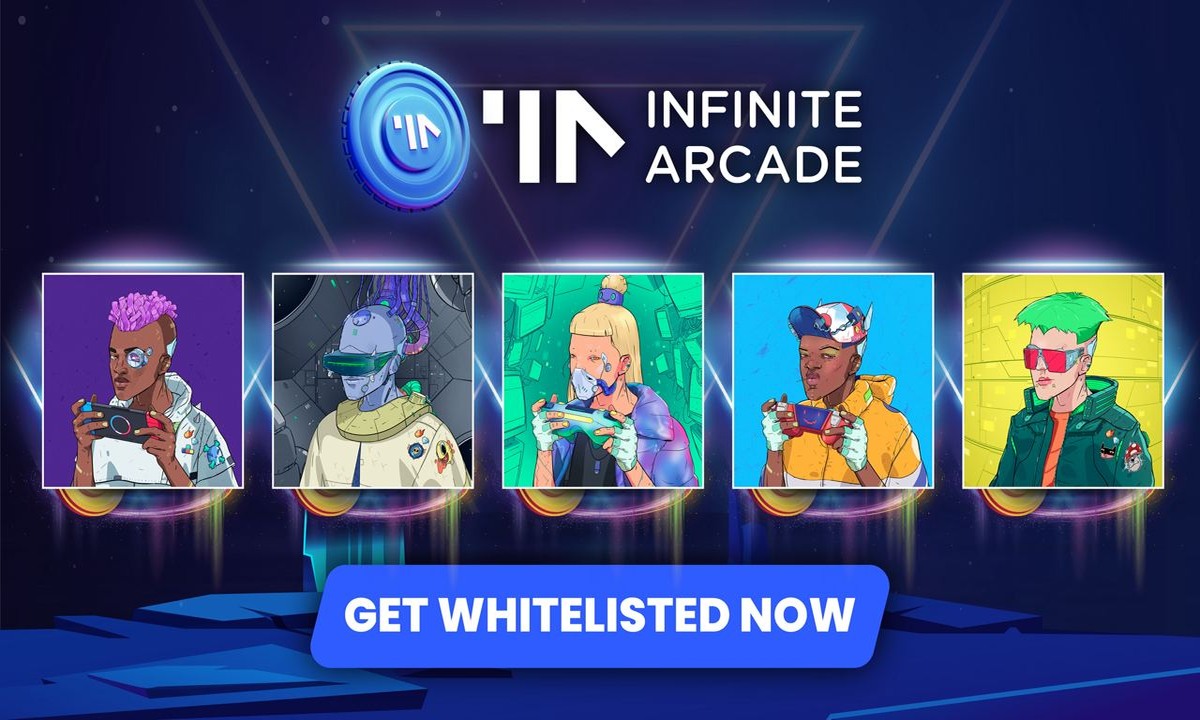 Infinite Arcade launched one month ago to help developers and creators connect with players in a thriving marketplace economy.

Infinite Arcade is like an arcade in the metaverse. Users can own part of the ecosystem, earn from its growth and receive rewards for their gameplay and community contributions.

Players can now enjoy 15 live P2E games, and approximately 200 games will be launched in the near future on the platform. Players can earn TIC, the utility token of Infinite Arcade. However, the main goal is not to earn money using the P2E mechanism; this is only a tool. The core idea is to create an ecosystem for beloved games, have fun and socialize

Three features differentiate Infinite Arcade from other blockchain games: familiarity, diverse choices and low costs. The platform’s games are casual — there is no need to spend hours learning the game mechanics. Soon, there will be hundreds of games on the platform with low costs, no hassle and a rewarding token, NFT and reward system.

Infinite Arcade has also partnered with several guilds that provide scholarships: Nexxt Gaming Guild (NGG) provides thousands of scholarships to lower the entry barrier for the next generation of games. Being a scholar means access to frequent giveaways, tips and tricks, live streams, educational content, early access, whitelist spots, beta testing and more. To become an NGG scholar, join the NGG Discord and follow the simple steps required. Scholars can each earn from $100 to $1,500 monthly, depending on the game and individual ranking.

The Infinite Arcade platform is developed on the Polygon mainnet due to its speed, scalability and low transaction fees. Polygon is a layer-2 solution combining the best features of the Ethereum network and sovereign blockchains.

Infinite Arcade uses a dual-token model with TIC, an ERC20-protocol tradable token that players can earn daily during two-hour playtime limits. The token goes live to the public on May 11. Its other token is ARC, a utility governance token with a supply of 3 billion. It will be available via an initial decentralized exchange offering in the third quarter of this year.

Players can’t earn TIC without owning a Gamer NFT sold on marketplaces such as OpenSea. Ten thousand have already been minted and sold out quickly. A final batch of 6,666 NFTs is available for whitelisted players and will be minted on May 10.

Visit InfiniteArcade.com/whitelist and the platform’s Discord to be whitelisted: enter an email, Discord name and wallet address. The whitelist began on April 25 and is open until May 9.

To learn about NGG, visit NGG.io.

To learn about Infinite Arcade’s partnership with NGG, visit NGG.io/Infinite-Arcade.

NGG scholarship options are on the Discord.