Welcome to Hector Network: An updated brand to reflect an expanding ecosystem

Hector Network has made an important shift with the announcement of its official rebranding. This change was made not only to ensure that it is in line with current and any upcoming regulations but also to reflect the incredible ambition of this platform. There is more to this company than simply staking rewards, and the team hopes that the update to Hector Network will better reflect the scope and breadth of this project. All things seem to be full steam ahead over at Hector Network, and the support shown by its community through this change has been incredible.

While there is no doubt it took a massive team effort to ensure the rebrand was implemented as seamlessly as possible, that doesn’t mean that it slowed down work on any of its existing platforms or offerings. Hector Network runs its own stablecoin, decentralized exchange and lending and borrowing protocol. For those not interacting on the Fantom Network, Hector Network (HEC) is also available on BNB Smart Chain here, and it has indicated it will be available on more chains soon. If one is inspired to get involved with the project, it has built an excellent guide to using HEC, which can be viewed here. 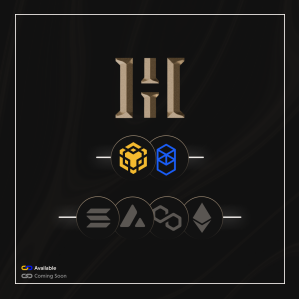 Hector Network will continue to grow and has already announced some incredibly exciting projects for the coming weeks and months. One of its stated primary goals as a company is to become 100% deflationary and the announcement that its emissions plan launches soon is absolutely a key part in making that ambition a permanent reality. There is no specific date to go live yet, but whenever it happens, it will be a milestone to celebrate. It is also getting out into the world, physical and virtual, to spread the word about Hector Network and all that it is accomplishing. It has recently locked down a huge partnership with one of the largest football clubs in the world. The exact details are soon to be announced but securing this type of deal highlights the tenacity and dedication of this team and the potential of its enterprise. One can only imagine how gratifying it must be to see this type of success and to feel the support of its passionate community. This sponsorship promises to catapult Hector Network into mainstream visibility and drive unparalleled engagement. It will be exciting to see what doors it opens for its future.

Through all of the changes and growth, Hector Network has also managed to keep developing its to-be-released ecosystem projects. Its users will be happy to know they are very close to releasing tier-one exchange listings and will soon be announcing some new farms for both HEC and TOR. While that’s in the wings, it’s partnered up with many different payment services for HEC and its stablecoin TOR to increase flexibility for its users.

A major project that is nearing completion is the complete rebuild of the Hector Network website. It has been a Herculean effort, but the go-live date is now only a couple of weeks away. It’s finished alpha testing and is in the final polishing stages before rollout. Looking a little further into the future of its ecosystem expansion, it has recently announced that its NFT marketplace, Atlantica, will be launching in August. At the same time, it will publish its own NFT collection to that platform. After that, the team will be diving into development of a launchpad and education center. Stay tuned for updates on the progress of these projects. 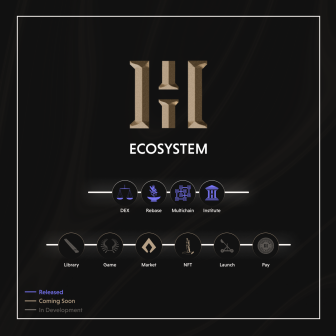 Of all the projects in the works right now, and there are many, the one that is undoubtedly the most exciting is its burgeoning metaverse. This promises to be a one-of-a-kind system with endless possibilities and unlimited space for innovation. A project like this is a major endeavor and will take time to bring to fruition, but it is off to a great start with the partnership it recently finalized with Catheon Gaming. Further details for this colossal project will be released very shortly.

Hector Network is a growing project with big ambitions and an incredible team of passionate innovators. If the announced roadmap isn’t enough to excite someone, they still have several projects under lock and key. The team will be sharing more about those offerings in the near future, but for now its pipeline for the next few months is full of huge milestones, announcements and major partnerships. Join the conversation on Discord, Telegram and its other social networks to keep up-to-date on all the exciting things to come.