Welcome to Near Future: Primal: Near Foundation’s tribal NFT RPG

Near Future is Near’s first evolving tribal role-playing game (RPG). NF: Primal is the first chapter in this brand-new evolving universe, with a hand-drawn set of 3,500 unique “post-historic” Nearbot nonfungible tokens (NFT) at its core. 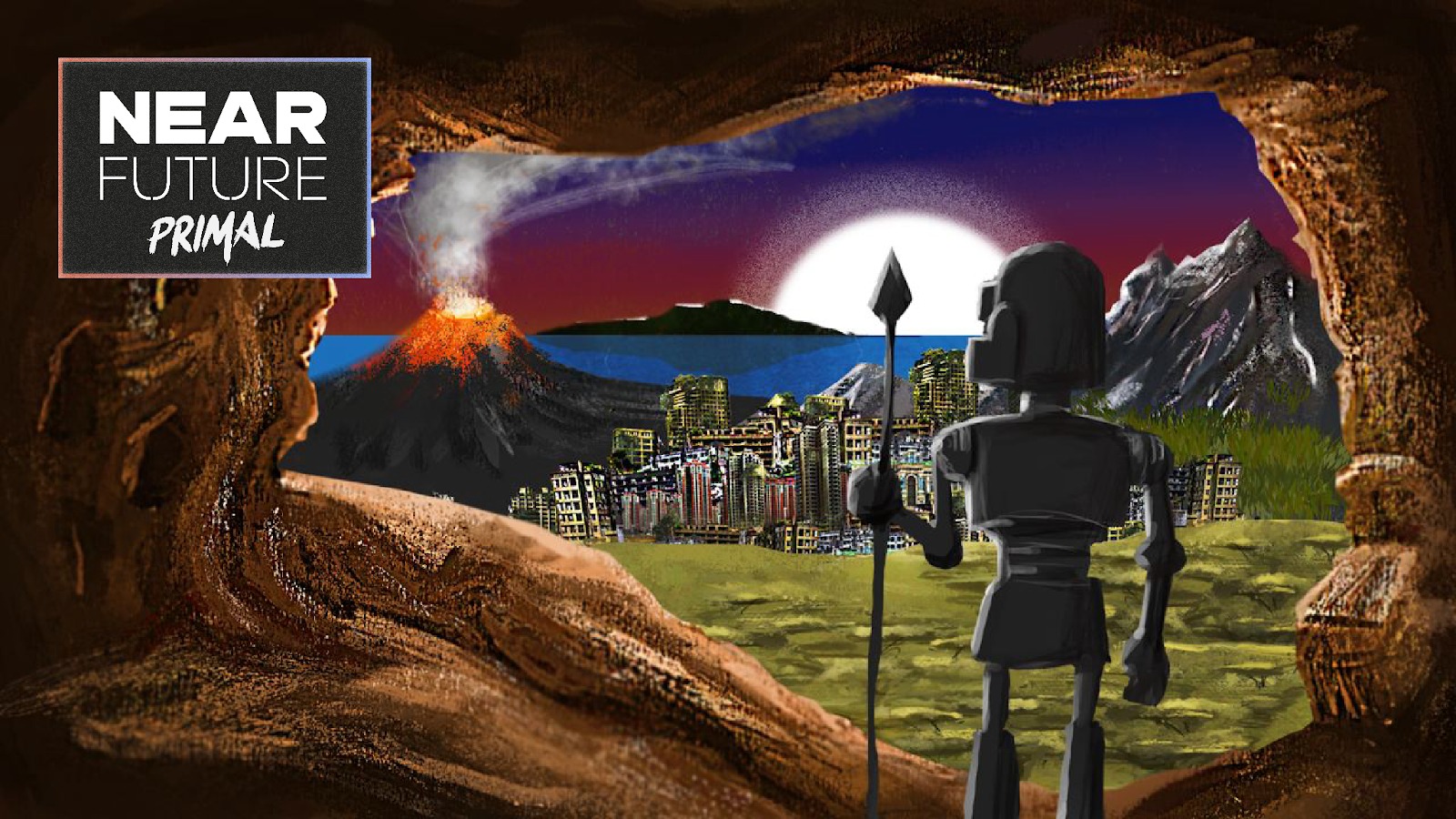 Made possible by the Near Foundation and powered by Web3 design and marketing collective Zebu Digital, the Near Future series aims to evolve the Near NFT ecosystem with this new game, the first iteration of which will be built to run natively in Discord.

The game invites the community to shape the game world’s history together through its collective decisions. With its innovative deflationary evolution mechanic and multi-year vision, Near Future will reward early discoverers and incentivize long-term engagement.

Near Future is proudly built on the Near blockchain. Near provides simple, secure and scalable technology to empower users and holders alike to invent and explore new experiences in the ecosystem. Near runs jointly on the Ethereum and Cosmos networks, along with others more to facilitate the free flow of assets and communication between networks to benefit the community. Near prides itself for its high speeds, progressive user experience and extremely low fees, creating a space prepared to eliminate the Web3 adoption barriers.

The Zebu team is on a mission to demonstrate Near as a top-tier NFT ecosystem with an engaging, ever-evolving and multi-year NFT-as-a-service experience. It aims to empower the community to collaboratively build the Near Future universe together while innovatively rewarding it for doing so in many ways.

Classes’ attributes can be developed over time based on the player’s actions in the tribal RPG.

At the heart of it all, Near Future is built as an open ecosystem to be governed and evolved by the community. Near itself promotes collaboration rather than competition that makes it stand out from other blockchains.

Near Future will be introducing voting rights in the Discord RPG game. The beauty of it is, not only will Nearbot holders be allowed to partake in the voting, but holders of other partnered NFT projects on the Near blockchain will also be able to participate in building Near Future through its unique partial-voting system.

Zebu has partnered up with the Tenk DAO to ensure a smooth and secure mint of its Evo.I Nearbots. Tenk has proven itself as a market leader after its exceptional work on Near Misfits, Near Meerkat Kingdom, Near Tiger Academy and Mr. Brown.

To secure whitelist spots to the Near Future: Primal series, players can:

Burn and evolve: Evo.I Nearbots will be the first in a long line of Nearbots.

At the birth of each era, Nearbot NFT holders will be allowed to sacrifice their old Evo Nearbot in exchange for the latest Evo Nearbot. Over time, this burning mechanism will cultivate extreme scarcity in the oldest evo Nearbots, especially for the Cyborg Nearbots, as only 167 of them will ever exist.

Starting as a dice whitelist game, the Near Future Discord will evolve into a command-based tribal game for Nearbot holders and partnered projects.

Aspiring to be an ever-evolving experience, at the dawn of each era the RPG will undergo new art design, NFTs and game mechanics, ensuring the gaming experience is always kept fresh and engaging.

In the meantime, players can choose their tribe in the Near Future Discord.

Near Future is set to progress with a multi-year roadmap with the community at the heart of it.

Going forward into 2022 and beyond, Zebu will live under the philosophies of:

Near Future’s roadmap beyond its evolution and Discord RPG has been locked up tight, but Zebu will be revealing its secrets as the minting day nears closer.

For more information, visit its website or join its Discord.