Whale Fall, a community governance project with a market capitalization of up to $44 million within 48 hours of its first listing on PancakeSwap and 10,000 of Whale Fall (WHALE) token addresses within 10 days of listing, announced that it will launch WhalePort, a one-stop decentralized finance service, through the official community. 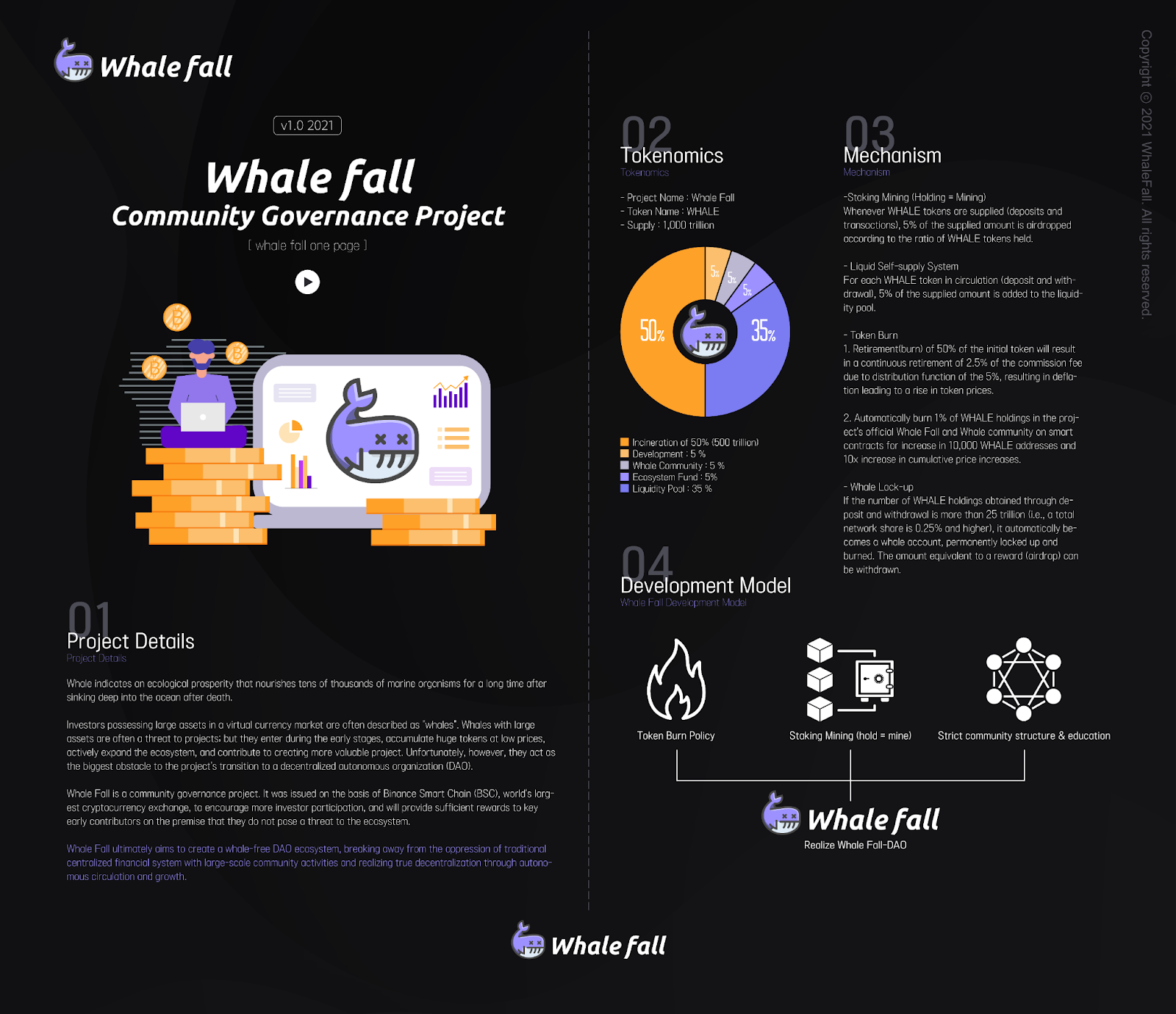 As part of its previous community governance movement experiment, Whale Fall paid all investors who invested at the time of listing a bonus of 10% of their investments along with a refund of their entire investment. The growth of Whale Fall allows community members in each country to naturally produce Meme tokens and have faith in the project by eliciting a positive response.

After being officially listed on PancakeSwap on June 19, Whale Fall is conducting a brave investor event that selects an investor who buys the highest price traded WHALE for 24 hours every day and pays a daily reward. So far, about 12 brave investors have already been announced.

Recently, Whale Fall announced through its official channel that it paid 65 billion WHALE as a bonus to five Whale Fall communities in Korea, China and Vietnam, which were carefully selected through its initial global community recruitment.

Meanwhile, Whale Fall aims to achieve true decentralization through autonomous circulation and growth of the ecosystem by forming an economy where there are no whales that threaten the ecosystem through large-scale community activities. It is operated with mechanisms such as self-liquidity supply, WHALE burn and WHALE lock-up.