Who are the crypto ‘whales’ holding 19% of all Ekart Inu and EAID tokens?

“Whales” are individuals who hold huge amounts of tokens of a certain cryptocurrency. This makes them powerful enough to manipulate the valuation of the said cryptocurrency, resulting in price volatility. 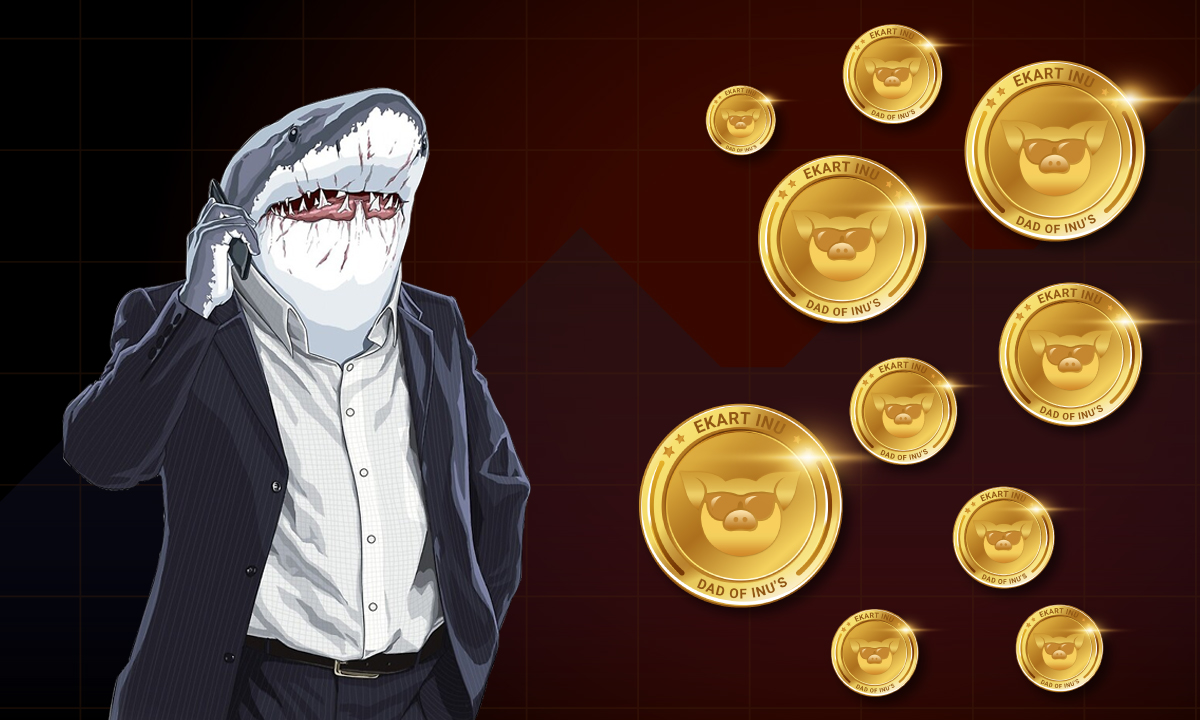 Ekart Inu’s popularity has increased among crypto investors over the last few months, owing to the fact that Polygon Network is striving to solve the scalability and usability issues with Ethereum while offering faster and cheaper transactions. The crypto market has been in a bearish phase over the past two months but experts believe that there is a lot of interest from mature users who have been indulging in long-term investing rather than just trading. We are seeing quite a few investors actively pursuing systematic investment plans in Bitcoin (BTC) and Ethereum (ETH) rather than investing lump-sum amounts in these cryptocurrencies. These trends clearly depict that despite the fall in prices, the overall market structure is improving with the growing pie of mature investors as well as new users entering the crypto market.

Ekart Inu again witnessed around over 31 crypto whales who recently bought massive amounts of Ekart Inu (EKARTINU) tokens. Reports also claim that more than 100 whale accounts own EKARTINU tokens worth $100 million earlier and all these transactions were made at nearly the same time. Statistically, it has been such an enormous achievement for Ekart Inu that it might just have created history. After all, there has rarely been a token before which managed to garner such an immense amount of attraction to itself during a token sale in just a span of 22 days.

Similar to Dogecoin (DOGE) and Shiba Inu (SHIB), EKARTINU is also referred to as a meme coin. However, if it maintains the same rate at which the token is growing currently, it would not be a shocker if EKARTINU notices a massive growth in terms of price. If this does happen, the token’s price may jump 1,000 times higher and it would probably be the biggest price jump of 2021, making EKARTINU the first meme coin to attain this prestigious mark. This is probably why Ekart Inu and investors who have invested in the token consider EKARTINU to be the father of all Inu tokens.

According to the market, the Ekart Inu and Ekart Aid (EAID) “whales” first bought Ekart Inu on Aug. 18, 2021, when its value was around $0.000001 for a token. As expected, again there are some big transactions recently made in the third phase as well. With the transaction above, the Ekart Inu token price is predicted to go up to 1,000 times more than all other meme tokens once it opens the trade in exchanges.

It has recently been announced by reputed exchanges that Ekart Inu is going to be listed on BitForex, ProBit, Coinsbit, P2PB2B, XT.com, Indoex, Azbit and more in the future.

After the presale, it will list on tier-one exchanges such as Binance, Huobi and OKEx, so the token price may go very high after listing on the exchanges.

Currently, in the third phase of the presale which began on Sept. 1, 2021, Ekart Inu has rendered a total supply of 1 quadrillion tokens. What is even more astonishing is the fact that Ekart Inu has burned around 83% of the tokens in the presales and on top of that, it has also given 2% of it to Vitalik Buterin, the creator of Ethereum, as a gesture in the form of COVID-19 relief funds.

Another 2% was given to airdrops and social media whereas an additional 6% was kept aside for invoice bonuses. 7% of it was divided equally among four phases of the presale of the EKARTINU tokens.

What do “whales” mean in the crypto industry?

“Whales” are individuals who hold huge amounts of tokens of a certain cryptocurrency. This makes them powerful enough to manipulate the valuation of the said cryptocurrency, which results in price volatility. Now, an Ekart Inu token whale account that holds nearly $250 million worth of the meme currency has again found itself in the spotlight. Despite the recent drop in the value, this whale account has its holdings intact.