WILSONS Auctions, a leading advisory service for worldwide law enforcement agencies, is to hold its first bitcoin auction in a world first for any private auction house having signed a significant contract with the Belgium Federal Government. 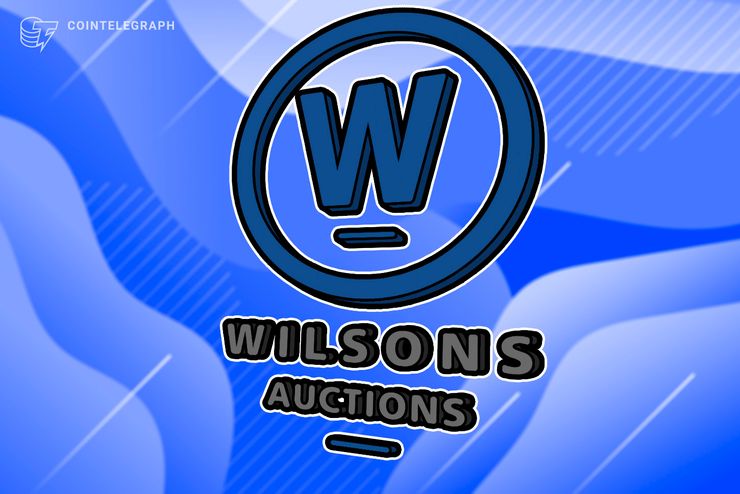 February 15, 2019 – WILSONS Auctions, a leading advisory service for worldwide law enforcement agencies, is to hold its first bitcoin auction in a world first for any private auction house having signed a significant contract with the Belgium Federal Government.

The contract, which had significant interest from other companies across Europe, is the first of its kind awarded to an auction house and will see Wilsons Auctions facilitate the storage and sale of seized crypto assets managed by the Federal Government of Belgium.

The 24-hour Timed Online Auction will start at 12 noon (GMT) on Thursday 28th February, auctioning approximately 315 coins with no reserve, including 104.99 each of bitcoin, bitcoin gold and bitcoin cash. The bitcoins were seized by the Belgium police as a result of a drug trafficking case in which the criminals used the DarkNet to sell drugs.

With the auction timing out at 12 noon (GMT) on Friday 1st March, the auction will appeal to a worldwide audience while giving a unique opportunity for first time buyers to purchase with confidence through a platform they know and trust from a well-established company with over 80 years of experience in selling assets.

The cryptocurrencies, which have a fluctuating total value of around £300,000, will be split into a number of Lots, appealing to wide global audience, with bitcoin ranging from 0.5 to 4 bitcoins each while bitcoin cash and bitcoin gold Lots will contain a larger number of coins.

The auction follows the recent launch of the UK’s first monero cryptocurrency auction which Wilsons Auctions managed in January. Having been seized under the Proceeds of Crime Act by a UK law enforcement agency the unreserved auction proved very successful and attracted interest from bidders in 69 countries worldwide.

Speaking ahead of the auction Wilsons Auctions’ Head of Asset Recovery, Aidan Larkin said, “We are thrilled to be awarded this first of its kind contract with the Belgium Federal Government to sell seized cryptocurrency, allowing us to open up the opportunity of investing to new buyers.

“Following huge investment into our systems and infrastructure, we are able to offer government and law enforcement agencies worldwide, a secure solution so that the ever-increasing problem of seized cryptocurrencies can be managed by a reputable auction company with significant experience dealing with seized assets.

“This contract allows us to further expand our crypto currency offering and remove the risks that can be associated with trading with unregulated virtual currency exchanges. We were very encouraged by our last auction of monero coins and understand that by simplifying the process of purchasing cryptocurrency, auctioning it like any other asset and by offering a varied value of Lots, we are making crypto currency obtainable to everyone, welcoming new buyers as well as experienced investors,” he concluded.

In addition, a small number of bitcoin will be sold during Wilsons Auctions’ Unreserved Government Auction on Thursday 28th February and with no starting bid, the Lots will go to the highest bidder at the fall of the hammer. The physical auction which will be held at the auction company’s Belfast, Northern Ireland branch at 6pm and will also be available to online bidders.

Wilsons Auctions is a leading auction company with over 80 years of experience building skilled knowledge in an extensive variety of assets. The Asset Recovery Department works with 17 countries worldwide realising assets from cryptocurrency to supercars, luxury watches and designer goods and in recent years has realised over £100 million worth of seized assets for government agencies, law enforcement agencies and insolvency practitioners.