WOWswap is a community-owned protocol based on a simple idea: liquidity providers can create BNB/BUSD lending pools, and traders can borrow these funds to buy up to 5 times more tokens on Pancakeswap. Protocol fees, interest rates for lenders and borrowers, liquidation ratios and other parameters are decided by holders of WOW token — the protocol’s governance token. 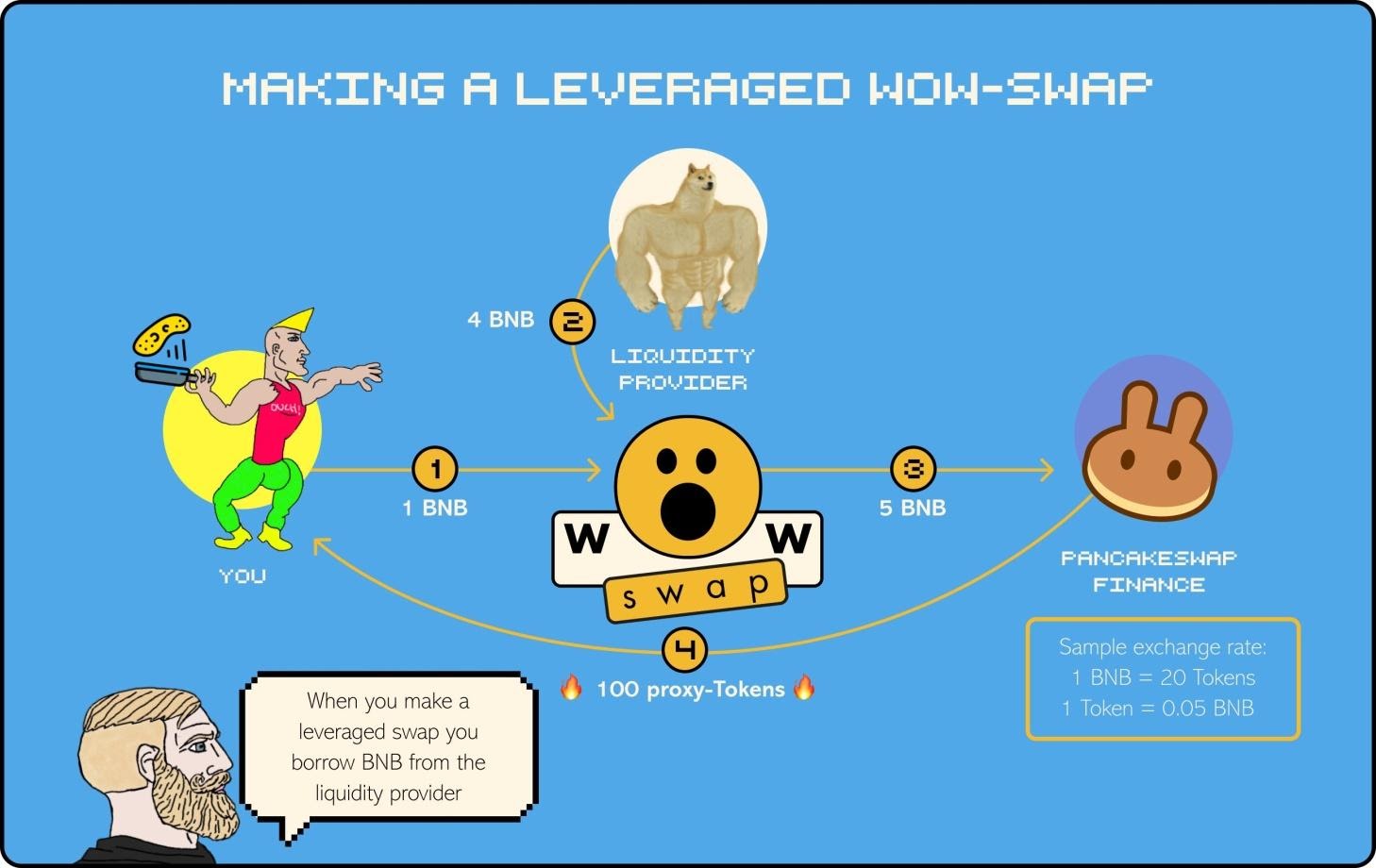 While the main launch is scheduled for mid-April this year, today WOWswap released a sneak preview of the protocol, which allows traders buying and selling over 20 major tokens on BSC, including ETH, BTCX, DOT, CAKE, AUTO, UNI, BIFI, ALPHA, ADA, ATOM, LTC, and many others.

Earlier last month, WOWswap set the new world record as the fastest token sale ever, closing its $700k hard cap in 9 seconds. The high demand from investors is explained by a disruptive use-case that WOWswap brings to the DeFi industry - the protocol applies the concept of microfinance in DeFi. Creditors lend money to high risk borrowers but charge high interest rates in return, which results in previously unseen APY of 500,000% and more.

Since leveraged traders normally do not hold their positions for too long, instead of APY, WOWswap operates with Hourly Interest Rate (HIR), which fluctuates depending on the utilization of the lending pool. For, example, if a margin trader borrows capital at 0.1% HIR for 1 day, she or he will end up paying (1+0.01)²⁴-1 = 2.43%.

Paying 2.43% interest for 1 day might seem like a lot, but if the token the trader bought grows 20% on the same day, with 5X leverage the trader would make 90% net profit, after repaying the loan with interest.

However, from liquidity providers’ prospective, 0.1% HIR would be equivalent to 619,485% APY, which is absolutely mind blowing.

The team behind the protocol remains anonymous and partners with Hacken for security audits.