As UniSwap is to Ethereum (ETH) and PancakeSwap is to Binance (BNB), XSWAP is to Xinfin (XDC).

XSWAP is the first decentralized exchange (DEX) that utilizes an automated market maker (AMM) system on the Xinfin network XDC.

Its vision is to grow the Xinfin network by enabling emerging projects to enter the market directly after the completion of their development period. It allows and facilitates the swap and exchange of XRC-20 tokens thereafter.

The developers of XSWAP chose Xinfin XDC network for the following reasons:

Moreover, XSWAP wants to utilize Xinfin’s technology, which supports smart contracts and processes 2000 transactions per second (TPS) at the lowest possible fee with an almost instant transaction confirmation of as fast as two seconds.

How does XSWAP WORK:

XSWAP is used specifically for XRC-20 tokens running on Xinfin XDC and is built on an AMM system that relies on liquidity pools fueled by users to enable crypto trades. Instead of dealing with an order book and finding someone to swap the tokens that one holds for the tokens that one wants, users lock their tokens into liquidity pools through smart contracts and this allows them to make the swaps they want. 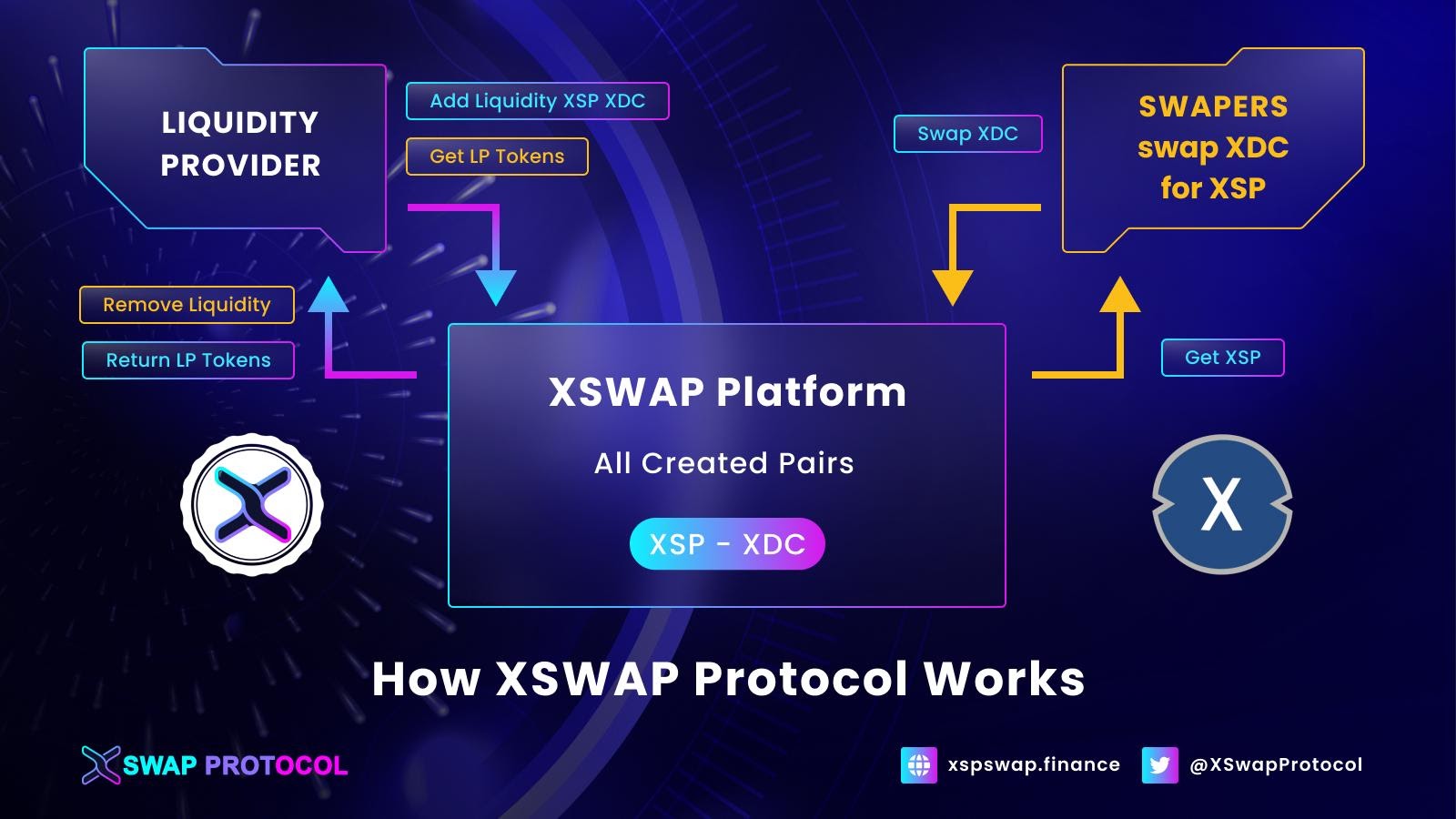 Users also have the option to stake their tokens in the liquidity pools that provide growing rewards and enable the users to reap the rewards traditionally claimed by the middlemen of centralized exchanges.

Liquidity providers have the option of staking their LP tokens in secured pools to receive weekly rewards.

XSWAP Protocol has full-time developers who work to ensure security in smart contract and ecosystem platforms and they prefer to remain anonymous just like all the other DEX teams.

More about the XSwap Protocol Project :