Yarloo invites the public to try out its revolutionary ecosystem

Games with mediocre gameplay, plots and use cases populate the crypto-gaming world because of the “head first, think later” teams backing them. Developers’ underwhelming effort in the space has empowered rather than undermined AAA game developing companies despite the immense scalability potential of blockchain-integrated gaming.

Yarloo is a gaming project put together by a bunch of crypto and gaming gurus that seek to up the ante for trading card games (TCGs). They do this through the conscious combination of nonfungible tokens (NFTs), decentralized finance (DeFi), and their proprietary Revenue Sharing Token (RST) system. The game is built on Polygon and Binance Smart Chain (BSC).

According to the core team, Yarloo results from a seamless mix of Magic the Gathering, Hearthstone and Gwent, alongside a setting reminiscent of Pirates of the Caribbean and Sea of Thieves, and the seasonal upgrade seen in Destiny 2 and League of Legends. In essence, they sought to create a game that offered the best of the gaming and crypto worlds.

Yarloo’s team of developers understands the general public’s apprehension about adopting the game because of past experiences with crypto-based games that never followed through on their promises. They are also aware of the competition from big-budget gaming corporations. As a result, they crafted an ecosystem that keeps gamers interested and places them ahead of the innovation curve. Here’s a sneak peek into the ecosystem.

The first game launch by Yarloo is just a few days away. The 14'th of January Chests of Fortune will be released after a three week testing period.

An amazing amount of 70 users tested the game and all bugs reported are fixed!

Chests of Fortune is an NFT Minting game where it's impossible to loose. Yarloo calls it Endless Loot! 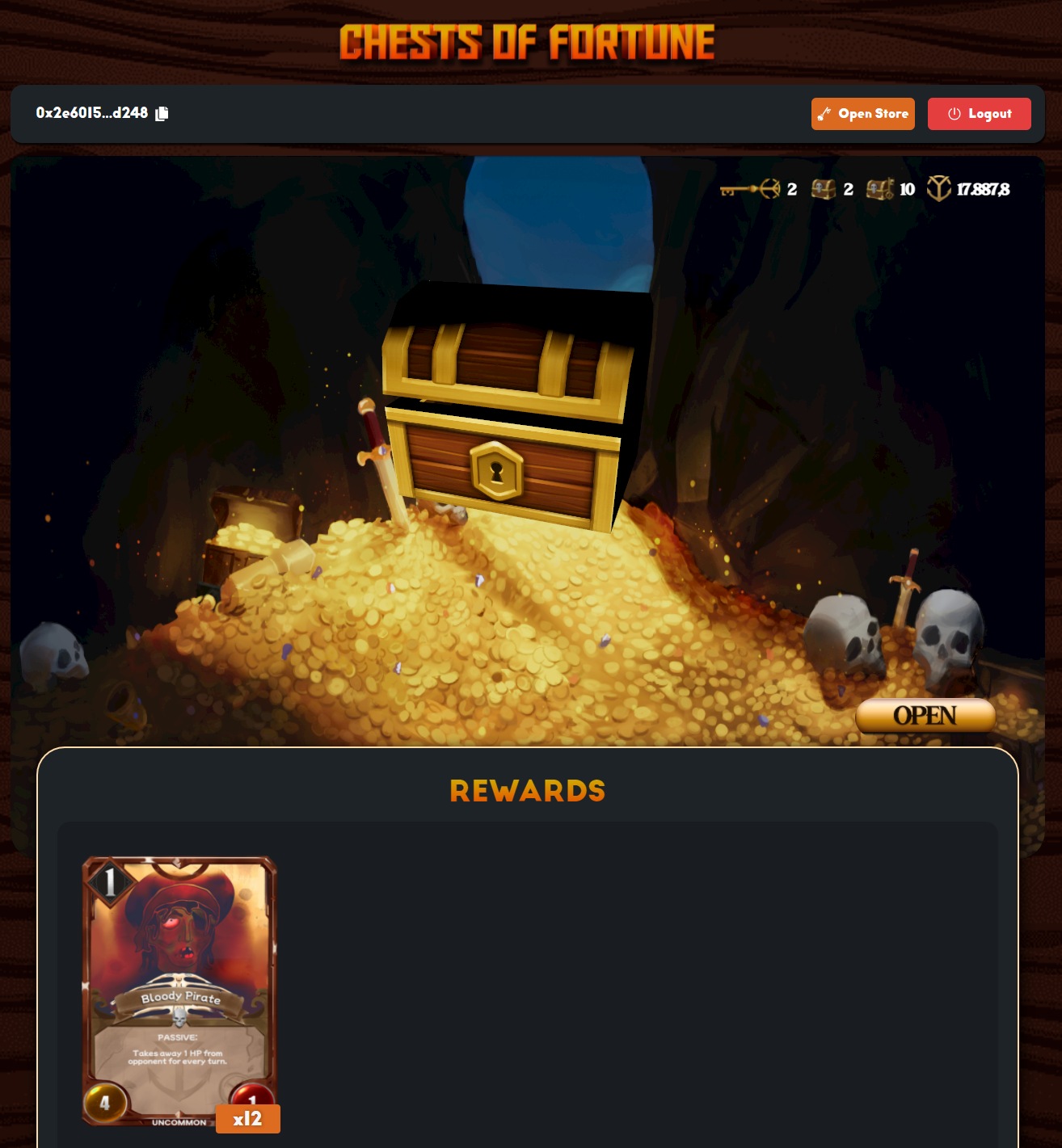 The card game, Pirates of the Metaverse, will be the spine on which the entirety of the ecosystem and Yarloo’s operations rests. The core team uses its extensive experience in the crypto and gaming world to curate a card game imbibed with several first-rate crypto elements so that it is in a class by itself.

Yarloo will update the game seasonally with different card packs, music and tasks to appeal to as many cultures as possible and keep gamers engaged and interested at all times. Users can also upgrade their NFT cards from version 1.0 to 2.0. A stipulated number of 1.0 cards are collected and burned to get the rarer, much enhanced, more valuable 2.0 cards. Gamers also get the chance to pillage each other’s collections in the periodic tournaments hosted by the platform.

The platform features its own cross-chain NFT marketplace on Polygon and BSC networks, with the possibility of many more integrations with other leading chains in the future. Gamers can exploit the marketplace to purchase more valuable and improved NFT cards to improve their chances of winning tournaments. Alternatively, expert gamers can sell off or exchange their valuable NFTs. While Yarloo’s NFT cards are multi-chain-supported, NFTShore’s ultra-competitive 1.5% charge on every sale.

Wheel of Fortune and Yarloo’s Coffers

These are the platform’s minimal viable products (MVPs). The first enables users to get NFT cards, YARL tokens and several other assets as freebies. After the first free wheel spin, subsequent spins will cost $50. The revenue from each spin is a potential utility mine as users will purchase YARL tokens for a chance to win prizes that are worth much more.

Yarloo’s coffers are the platform’s native wallet through which users can stake or store YARL tokens and NFT cards.

Yarloo sees everyone as a potential collaborator and not as a competitor. The latter mindset, adopted by several projects, is responsible for the steep barrier of entry for newer projects. As Yarloo’s vision is revolution-centric, they curated a list of in-demand services for other play-to-earn projects. From building and integrating game-related tools to strategic planning.

RST is a system where smart contracts automatically gift holders of YARL tokens a stipulated percentage of the platform’s gross revenue. Yarloo’s team posits that RST may be instrumental to forestalling market fluctuations that are often bearish. How? They hypothesize that holders will sell their tokens less often because the dividends are volume and value-based.

Yarloo’s features and use cases can be perceived as rather enterprising, especially with their vision of being a forever bullish project irrespective of market sentiments. However, they are hopeful that users’ satisfaction from Yarloo’s AAAsque gaming experience and the platform’s utilitarian model will guarantee them a place amongst the top 10 crypto games.

Yarloo is a crypto and NFT gaming platform with BSC and Polygon multi-chain support. Asides from providing a top-notch TCG gaming experience, they also are in the business of assisting other P2E companies that want to provide amazing quality to their user base. Their flagship trading card game, Pirates of the Metaverse, and its native token, YARL, will be the backbone on which the entirety of the ecosystem will run.