May 17, 2021 — Xcad Network, the YouTube-focused tokenized social media influencer economy for content creators and their fans, is pleased to announce that it has secured Mr Beast and KSI as investors. With major YouTubers and influencers backing the Xcad Network, the next generation of content creators will be able to monetize their content and create nonfungible tokens. Meanwhile, fans will be rewarded for engagement and viewing of content. Xcad Network has recently raised $3.9 million to commence the development of its ecosystem, generating significant interest from the YouTuber community, and is also expected to announce other big content creators backing the project next week. 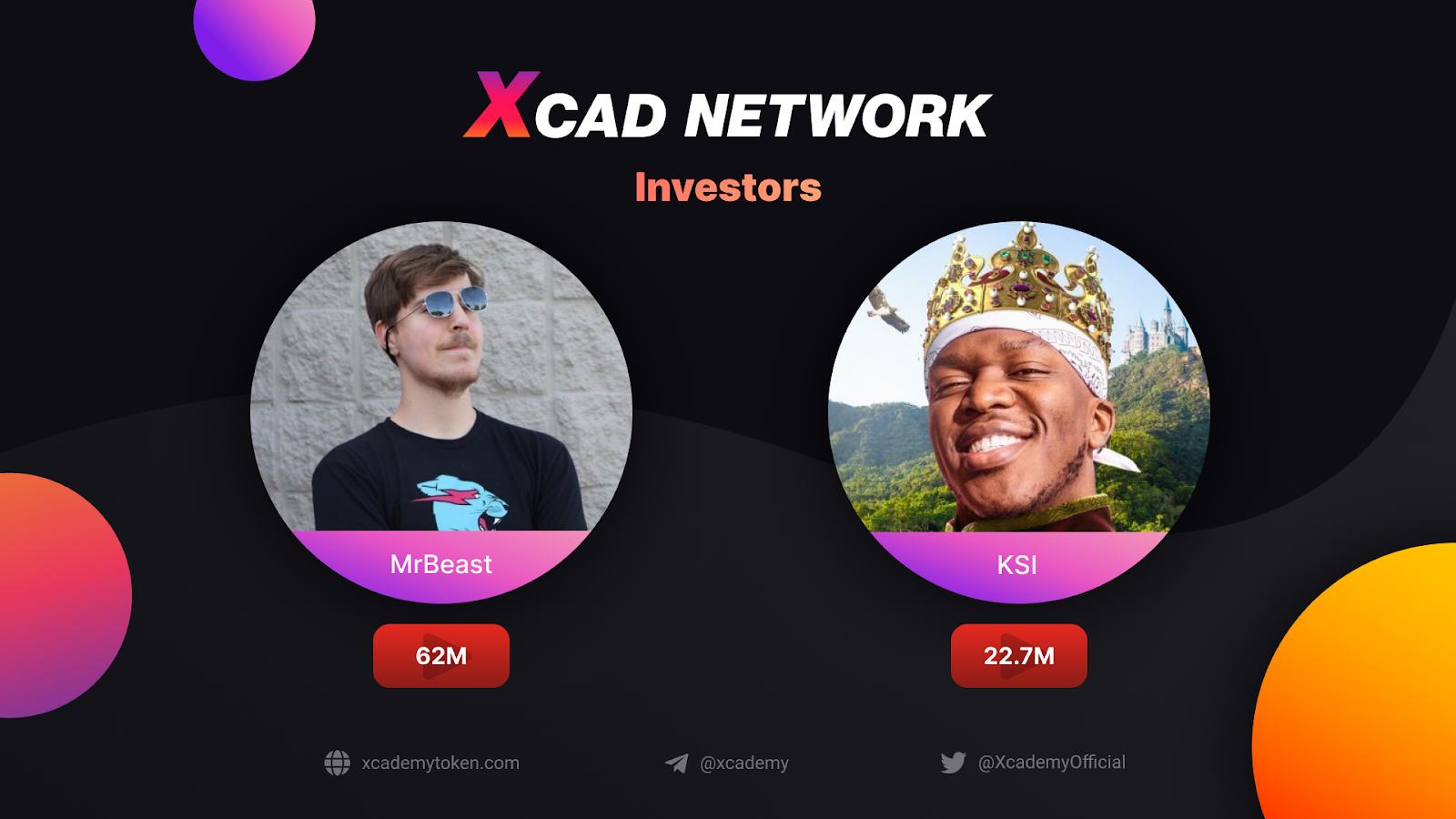 “When we started discussing our vision for Xcad Network with both Mr Beast and KSI, they jumped at the chance to become part of the project. It’s great to have such well-known and successful influencers backing us, and we look forward to working with them to build out our tokenized ecosystem globally.”

Xcad Network sees KSI’s and Mr Beast’s involvement as a huge endorsement of the project’s ambition to drive real adoption of cryptocurrency and tokenization.

Existing and aspiring content creators, while also building a stronger connection with their fans, will see engagement greatly enhanced by the Xcad Network’s utility token, XCAD, and an NFT marketplace that will provide one-click creation of NFTs by content creators. NFTs will become an integral part of the ecosystem, allowing users to create unique memorabilia that people can buy and trade with one another.

Joel Morris, co-founder of Xcad Network and a YouTuber with over 2.5 million subscribers, said:

“The Xcad Network will enable greater engagement amongst YouTubers and their viewers, providing the ability to monetize activity via a tokenized economy that rewards users for engagement and viewer loyalty. Mass adoption is the end goal here, KSI and Mr Beast investing is one giant step towards that goal.”

Xcad Network will have a plugin for YouTube, allowing content creators to tokenize themselves and earn rewards from their content while also enabling viewers to earn rewards from watching videos and engaging with the content. This is directly on YouTube and will not change their existing user flow. YouTubers will become part of an ecosystem that will reward content creators according to various criteria, such as subscriber size, views and watch time.

Zilliqa, a $2-billion market cap project, which has recently been cited by Forbes as a leading blockchain platform that is helping drive the creator economy, has invested in XCAD and is building the entire blockchain technology side of this project.

Xcad Network is the first of its kind, with a world-first online and mobile monetization platform and NFT marketplace for YouTubers, using tokenization to help content creators and viewers earn more. Within Xcad Network’s ecosystem, there is the e-learning platform, of which its content creators have an aggregate following of over 40 million followers.

Xcad Network is a company incorporated in the British Virgin Islands.