What is XRP? And what does it have to do with Ripple? 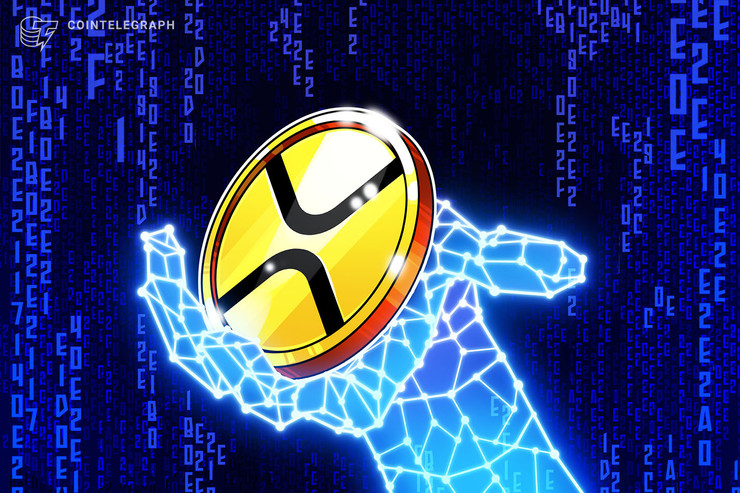 XRP is a cryptocurrency token designed to migrate transactions from central databases controlled by financial institutions to a more open infrastructure while significantly cutting costs. XRP transactions are trustless, instant and cheap, putting them at an advantage for cross-border movements.

Launched in 2012, the cryptocurrency has one of the most ambitious goals in the cryptocurrency space. The software enabling the use of XRP, the XRP Ledger, proposed a new way of operating blockchains that proponents claim is more suitable for transactions.

The Bitcoin blockchain allows anyone to contribute computing power, validate transactions, and secure its software. The XRP Ledger, on the other hand, only allows select network participants to help validate transactions and secure the network. There are over 150 of these participants in the network, collectively known as the Unique Node List (UNL).

At launch, 100 billion XRP tokens were premined and subsequently distributed to specific individuals, companies and the general public through gifts and giveaways. At the time, the move led to concerns surrounding its decentralization, as a few entities controlled a large supply of the coins.

Adding fuel to the fire, XRP’s involvement in the market relies on a for-profit company called Ripple, which to this day acts as the main player in the XRP ecosystem. Ripple helps maintain the XRP Ledger and plays a pivotal role in its development while being a significant XRP token holder.

Most cryptocurrencies have one specific individual or entity who can be credited with creating the cryptocurrency. Bitcoin (BTC), for example, was created by the pseudonymous Satoshi Nakamoto. XRP’s history is complex, as several individuals were involved in creating both the technology behind it and the business entities that helped it grow.

OpenCoin’s co-founders Jed McCaleb (who also founded Mt. Gox), Arthur Britto (who helped develop the XRP Ledger) and Chris Larsen (who founded several fintech firms) are often credited for the creation of XRP. Still, while they were notable individuals in the space, other people were involved.

Understanding the Difference Between Ripple and XRP

Often, some stories and articles refer to Ripple and XRP interchangeably. It’s important to understand that they are not the same thing: XRP is a cryptocurrency, while Ripple is a for-profit company that helps promote and develop XRP, the software behind it (the XRP Ledger) and numerous other transaction-focused projects. However the company is adamant that the two entities are separate.

Ripple describes XRP, on its website, as “faster, less costly and more scalable” than any other digital asset. It uses the XRP Ledger to “power innovative technology across the payments space.” The firm describes its involvement with XRP in the following way:

“Ripple is focused on building technology to help unleash new utility for XRP and transform global payments. Third parties are also pursuing other XRP-related use cases.”

Ripple was founded in September 2012 under the name OpenCoin, one year after work on what would later become the XRP Ledger had started. In 2013, OpenCoin rebranded to Ripple Labs, before the company finally settled on Ripple in 2015. The XRP Ledger was initially called the Ripple open payments system and moved to the Ripple Consensus Ledger, before becoming the XRP Ledger.

After the XRP Ledger was functioning, its developers decided to gift 80 billion tokens to a private company that would work with the community to support the cryptocurrency. That company, Ripple, claims to have been methodically selling XRP and using it to “incentivize market maker activity to increase XRP liquidity and strengthen the overall health of XRP markets.”

XRP was initially the ticker symbol for “ripples” or “Ripple credits,” but over time, these names were dropped in favor of just XRP to avoid confusion.

What is XRP used for?

Ripple was created to work with the XRP community to boost its use cases. It created numerous offerings over time, allowing the cryptocurrency to be used for cross-border payments, with remittance giants like MoneyGram using Ripple’s products before their partnership ended.

The company has now united all of its XRP-related products into the RippleNet offering, which “offers connections to hundreds of financial institutions around the world via a single API and makes moving money faster, cheaper, and more reliable.”

Finally, XRP also leverages RippleX, which allows developers and entrepreneurs to integrate blockchain technology into their applications with tools and services built on top of the XRP Ledger. XRP itself can also be used on-chain, as with other cryptocurrencies.

How is the XRP Ledger so efficient?

The average XRP transaction cost being $0.0013927 may stand out to most experienced cryptocurrency users. The average transaction fee on both Bitcoin and Ethereum (ETH) — the top two cryptocurrencies by market capitalization — has often reached two digits, with all-time highs standing above $50.

The XRP Ledger is not a fork of the Bitcoin blockchain network, but it uses some of its features, including the use of public and private cryptographic keys, as well as the use of a public ledger and digital signatures required for transactions.

It doesn’t, however, rely on a Proof-of-Work consensus algorithm backed by specialized computing hardware. Instead, it relies on a network of “unique nodes” that efficiently agree on which transactions can be processed in the network. Permissioned servers maintain a unique Node List that helps the network achieve consensus through a Federated Byzantine Agreement consensus mechanism.

If 80% of these unique nodes deem a transaction to be valid according to the rules of the XRP Ledger, transactions are efficiently validated. The XRP Ledger naturally uses a more trusted design than other cryptocurrencies, which has led to some concerns regarding its decentralization and permissionlessness.

Each new “ledger version” on the XRP Ledger is equivalent to a block on the Bitcoin blockchain and contains the full state of all balances on the XRP network. As a result, servers can synchronize with the network in minutes.

How to use XRP

Anyone can use Bitcoin, Ethereum, and numerous other cryptocurrencies by simply creating a wallet. The same is true for XRP, although new wallet addresses need to have 20 tokens in them for booking. It can be important for new XRP users to choose a single wallet instead of committing to multiple addresses to avoid unnecessary costs.

There are several types of wallets compatible with the XRP network available on the market. In order to avoid the 20 XRP cost, most users store their tokens on the cryptocurrency exchanges where they buy them, as the exchanges handle the cost. But holding funds on a trading platform has its drawbacks as, in some cases, exchanges may freeze the coins or get hacked.

To store XRP outside of a cryptocurrency exchange, investors can use a software XRP wallet. Wallets that give users control of their own private keys are advised for security reasons. The alternative, often web-based wallets that control users’ private keys also charge operational costs.

Before moving your funds to a wallet, you’ll need to get your hands on them by buying XRP, which is traded on most top cryptocurrency exchanges. In 2020, XRP was delisted from numerous platforms after the U.S. Securities and Exchange Commission (SEC) sued Ripple over the alleged sale of $1.3 billion in unregistered securities, referring to the firm’s XRP sales.

Ripple maintains an XRP markets page where it’s possible to see where the token is listed and its trading volume. After buying XRP on exchanges, users can move the funds to their own wallets or keep them on the trading platform. Selling XRP is also an easy task on exchanges, especially those with a significant trading volume.

A total of 100 billion XRP were premined at launch, and the XRP Ledger software maintains that limit — no more tokens will ever be created. Of this supply, Ripple distributed 55 billion to users on forums and escrowed most of the remaining tokens to fund its technology and development.

Transactions on the XRP Ledger do not incur traditional transaction fees but instead require the sender to destroy a small amount of XRP per transaction. While this makes XRP a deflationary currency, it’s estimated that at the current rate of destruction “it would take at least 70,000 years to destroy all XRP.” On top of that, prices and costs can be adjusted as the supply of XRP changes.

Some investors believe XRP’s use by financial institutions via RippleNet could significantly drive up demand for the cryptocurrency. As demand grows and its supply drops slightly, proponents argue that the price of XRP will maintain an upward price trajectory.

The cryptocurrency hit $3.55 during the 2017 bull market, in a year in which Ripple locked away 55 billion XRP in an XRP Ledger-based escrow system. These tokens are released from escrow every month. Selling pressure against XRP exists due to a number of factors that are expected to disappear in the future. Ripple releasing tokens from escrow has led to XRP sales that will end either when Ripple decides to change its strategy or if it is ordered to do so by the SEC.

Another factor to keep in mind is that one of Ripple’s co-founders, Jed McCaleb, who left the company in 2014 to work on rival Stellar (XLM) was awarded 9 billion XRP for his role in developing and founding the company. The entrepreneur has revealed on XRP Talk, a forum dedicated to XRP investors, that he will sell his XRP as he receives it.

McCaleb receives his XRP tokens on a fixed schedule as the funds are released from escrow. While he sells most of the tokens he gets and adds selling pressure to its price, he has also donated part of his tokens to charitable organizations, including GiveDirectly and Literacy Bridge.