Founder of Akon Lighting Africa and the Akoin cryptocurrency 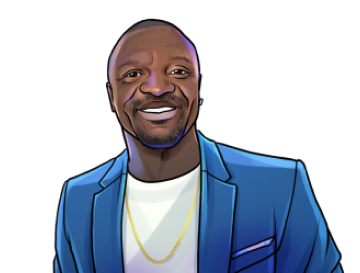 “I think that blockchain and crypto could be the savior for Africa in many ways because it brings the power back to the people. [...] Cryptocurrency and blockchain technology offer a more secure currency that enables people in Africa to advance themselves independent of the government.“

Akon spent most of his early childhood in Senegal, which has an enduring influence on his creative and entrepreneurial pursuits. Akon is a Grammy-nominated musician and successful philanthropist. His Lighting Africa initiative has provided electricity to 15 countries in Africa. He is currently a major proponent of cryptocurrencies and currently has plans to launch his own cryptocurrency, Akoin, which will be used to power the economy of a new "crypto-city" in Africa.

In 2019, Akon announced his plans for the Akoin cryptocurrency as well as a partnership with the Senegalese government to build a city powered by a blockchain-based economy, called Akon City.

To start of the new year, Akon announced that the agreement had been officially signed with the Senegalese government to begin building Akon City. In the meantime, the team behind Akoin will work on building the basic financial infrastructure for this new city.