Founder and CEO of IOHK 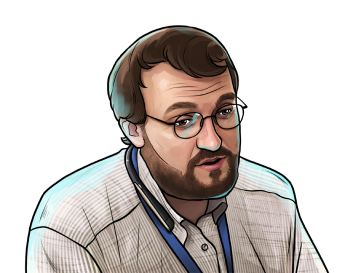 “What we are looking for is the WiFi or Bluetooth moment of our industry. We haven't quite gotten there yet.“

Born and based in Colorado, Charles Hoskinson attended the Metropolitan State University of Denver and the University of Colorado at Boulder to study analytic number theory prior to moving into cryptocurrency via industry exposure.

Hoskinson’s professional experience includes founding three crypto-related ventures: Invictus Innovations, Ethereum and Input Output Hong Kong (IOHK). He was also the founding chairman of the Bitcoin Foundation’s education committee and established the Cryptocurrency Research Group in September 2013. His current focus is on the development of the blockchain platform Cardano.

Hoskinson has spent most of the past two years traveling around the world, meeting with companies, universities and government officials to secure collaborative partners for the next-generation blockchain platform, Cardano. In June, IOHK announced that the company had signed a memorandum of understanding with the Georgian government to implement blockchain-enabled projects across business, education, and government services.

In September, Hoskinson announced that American footwear brand New Balance would use the Cardano blockchain to authenticate products along their supply chain. In December, Cardano’s testnet, called Shelley, went live with more than 5 billion ADA coins staked within the first 24 hours. The Shelley mainnet is set to go live in early 2020, marking a major milestone in IOHK’s years of research and development.

A long-awaited event in Hoskinson’s 2020 will be the mainnet launch of the Cardano blockchain after years of development. We also expect more strategic partnerships to be announced in the following months. In fact, at the time of writing, Cardano’s commercial arm, Emurgo, has announced a partnership with the Uzbekistan government to form a blockchain task force to develop a regulatory framework for security token offerings and exchanges in the country.