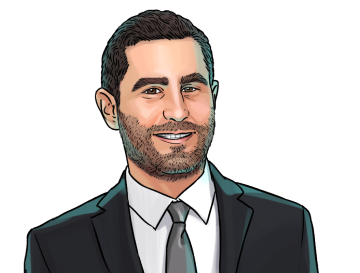 ”I think the 'FacebookCoin' [Libra] is an attempt by big tech, banks and credit card companies to lure people away from #Bitcoin into their 'better, easier, crypto,' which is nothing more than a fiat coin being masqueraded as crypto”

Charlie Shrem was part of the first wave of Bitcoin entrepreneurs in 2011. He has been a founding member of the Bitcoin Foundation since 2012, even serving as vice chairman from 2012 to 2014. Shrem is best known for founding BitInstant in 2011, one of the first and largest companies that allowed people to buy Bitcoin around the world.

In 2014, he was arrested for operating an unlicensed money transmission business and spent two years in prison. Since then, Shrem has served as chief operating officer of Decentral, the company behind the cryptocurrency wallet Jaxx and founded Crypto.IQ. He currently hosts the “Untold Stories” podcast where he interviews the most influential people working in the industry today.

In May, Shrem launched the “Untold Stories” podcast, where he interviews various crypto luminaries.

We anticipate Shrem will stay busy with the “Untold Stories” podcast while also overseeing CryptoIQ, a crypto-trading desk providing analysis to investors venturing into the crypto-asset space.