Co-founder and CEO of Bloq, founder of Spacechain 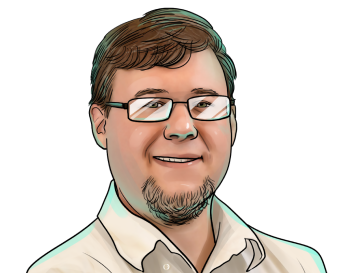 “Ultimately, I think it's freedom of speech. Code is speech. Monetary transactions are speech. And so, if you restrict that, as some governments are doing, you're restricting the freedom that people normally enjoy.“

A long-standing advocate and developer of open-source software, Jeff Garzik has contributed to some of the largest-scale OSS projects in the world, including the Linux operating system and Bitcoin itself. He is currently the founder and chief technical officer at Spacechain, a project with the goal of creating an open-source, blockhain-based satellite network for decentralized applications. He is also the founder and CEO of Bloq, a software firm developing enterprise blockchain solutions and Metronome, a cross-chain cryptocurrency.

In March, Garzik was subpoenaed in the $4 billion lawsuit between Craig Wright and the Kleiman estate. He was asked to reveal any evidence to his theory that David Kleiman, not Wright, is Satoshi Nakamoto; the case is ongoing.

August 2019 saw the release of BloqCloud, a cloud gateway that provides managed services for a variety of public and private blockchain networks with the goal of accommodating a multifaceted network of blockchains, cryptocurrencies and decentralized applications. On the Spacechain front, the space startup received support from the European Space Agency for developing blockchain satellite technology. December saw the third launch of a payload containing blockchain-integrated hardware to be installed at the International Space Station.

With the launch of Bloq’s core offering last year with BloqCloud, we expect the team to continue expanding the services available on the platform, including managed services for emergent smart contract platforms. It’s also likely Spacechain will make strides in its development with additional payloads launched to the ISS or low-earth geosynchronous orbit throughout the year.