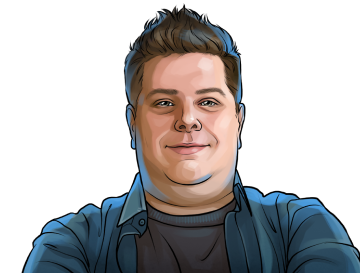 “Some of the smartest people on the planet are working [in crypto] and when they start clustering in places that are more friendly from a regulatory perspective, that’s going to create something very, very interesting.“

With a background in informatics and logistics, Riccardo Spagni (aka “Fluffypony”) is a software engineer-turned-entrepreneur who discovered Bitcoin in early 2011. He was part of a group of seven who took over stewardship of the privacy-minded cryptocurrency Monero shortly after its launch in 2014.

Recently, he stepped down as lead maintainer of Monero in order to focus on Tari, a decentralized assets protocol that he is creating with a group of researchers, cryptographers and software engineers.

In December, Spagni stepped down from his day-to-day role as lead maintainer of the Monero Project to further decentralize the project. Another long-time Monero developer, “Snipa,” will take over as lead maintainer, with Spagni serving as a backup maintainer when necessary. This marked the end of six productive years working on the privacy-preserving cryptocurrency.

While he is now transitioning from the Monero Core development team, Spagni plans to continue building Tari, a digital asset protocol co-founded by Spagni that will be secured by the Monero blockchain.