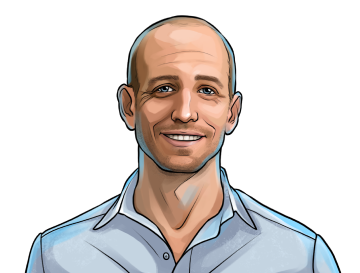 “For better or worse, Facebook’s crypto effort is among the most bullish external tailwinds for Bitcoin in 2019/2020 (topped only by reinvigorated push among central banks for easy-money globally).“

Spencer Bogart is a general partner at Blockchain Capital and leads the firm’s research efforts. Prior to Blockchain Capital, he was the vice president of equity research at Needham & Company, where he produced detailed reports and research on Bitcoin’s fundamental value proposition, price forecasts and technical advancements.

In May, when Facebook announced its intention to launch a cryptocurrency, Bogart claimed that the social media giant’s foray into crypto could double or triple cryptocurrency users and spark a quick reaction from financial institutions and regulatory authorities. In a Bloomberg interview in August, Bogart stated that while he believes that Bitcoin will function well as a safe haven asset in the long term, the cryptocurrency would buckle significantly in an actual global financial crisis.

Bogart and Blockchain Capital closed 2019 with an end-of-year "State of Crypto" report containing 11 predictions for 2020, such as the total value locked in DeFi reaching $6 billion, a federal judge ruling against the SEC in a crypto-related case, and the BTC transaction fee reaching $100, catalyzing critical scaling of the Bitcoin network.

We expect Blockchain Capital will continue leading and participating in funding rounds for various blockchain protocol and infrastructure projects. As a well-respected voice in the industry, Bogart will continue to provide valuable commentary on the changing regulatory landscape and market movements.