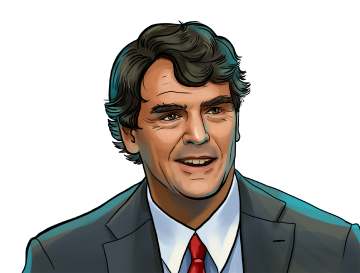 “$250,000 means that Bitcoin would then have about a 5% market share of the currency world and I think that may be understating the power of Bitcoin.“

Timothy Draper is a pioneer of business ventures in the U.S. and a co-founder of Draper Fisher Jurvetson Venture Company, a leading investment firm in early stage tech startups. Currently, Draper is actively investing into cryptocurrency. He is one of the primary investors in the Tezos project, which raised an estimated $232 million in a high-profile token sale. Draper’s attitude toward Bitcoin has become popular due to his positivity and advocacy.

In August, Draper predicted that the price of Bitcoin will hit $250,000 by Q1 2023 despite how consolidated the market has become, citing that economic uncertainty and instability in countries such as China could make the currency more attractive as a safe haven asset. He later added that this prediction may be too conservative. In November, Draper solidified his prediction, saying that adoption of the Lightning Network and the realization of Bitcoin as a usable currency could drive the price upward.

Unceasingly bullish on Bitcoin and the blockchain space as a whole, we anticipate Draper will continuously update and comment on his ambitious price prediction. As an active VC in the industry, we expect Draper will advise and invest in a range of ventures throughout 2020.