Co-founder of The Giving Block 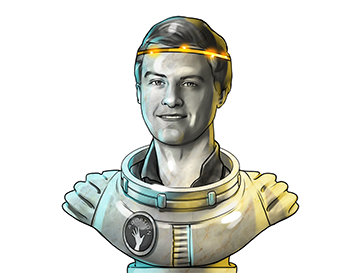 “Interestingly, the last six months or so, COVID has actually been a pretty major catalyst for nonprofits accepting crypto because a lot of them are looking for different ways to offset lost revenue, but also diversify their revenue into new things like crypto.”

Alex Wilson was a consultant on everything tech... up until he discovered crypto. In 2018, together with his business partner Pat Duffy, he founded The Giving Block, an organization that manages charitable donations via cryptocurrencies. In addition to initiating its own fundraisers, the company also helps traditional nonprofits make use of the crypto space by providing the infrastructure to do so. The American Cancer Society, Save the Children and No Kid Hungry are just some of the charities that have accepted crypto donations through The Giving Block.

Unfortunately, 2020 turned out to be a year of many drastic, unwelcome developments. However, this helped Wilson promote the use of crypto and blockchain as a viable means of charitable donations. The Giving Block launched several campaigns throughout the year to help those most affected by the coronavirus pandemic. Countless companies and individuals stepped in to support its #cryptoCOVID19 campaign, with Gitcoin and Vitalik Buterin donating up to $100,000 each.

Also during December, Barstool Sports founder and prominent day trader Dave Portnoy launched his own small-business relief fund, and The Giving Block was chosen as the partner to gather donations in Bitcoin. Over $750,000 was raised in under 24 hours.

Offsetting capital gains taxes for United States citizens and uniting the usually ununited Crypto Twitter community will surely be goals for Wilson and his team at The Giving Block. With the COVID-19 pandemic showing no signs of dying down, hopefully some of the funds and campaigns that are initiated will help thousands, if not hundreds of thousands, of people all around the world. As a byproduct of this, the adoption of cryptocurrencies as a means of payment is likely to be achieved once more people realize that donations through the blockchain are the way of the future.