Co-founder and CEO of Twitter, co-founder, chairman and CEO of Square 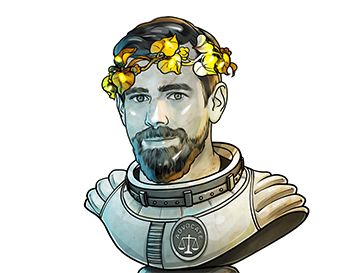 "The whole spirit of Bitcoin, for instance, is to provide a trusted system in a distrusted environment, which is the internet."

Born in 1976, Jack Dorsey co-founded Twitter — one of the main social media platforms used by crypto market participants. He also co-founded Square, an emerging finance and payments service. In his early years, before his work on Twitter, the tech visionary built a software solution for vehicle dispatching.

A proponent of Bitcoin, its technology and its ecosystem, Dorsey has commented on the crypto industry on several occasions. He is a highly influential voice in the technology industry, which means his Bitcoin advocacy is heard by many.

In one of the more notable moves in crypto during 2020, Square allocated $50 million to Bitcoin, under the leadership of Dorsey, the firm’s CEO. Square publicized its BTC purchase following similar moves by business intelligence firm MicroStrategy and billionaire hedge fund founder Paul Tudor Jones.

On a less optimistic note, Twitter suffered a massive breach in mid-July. The attack saw the accounts of many top figures — including Bill Gates, Elon Musk and many others — taken over by nefarious actors. The effort aimed to bamboozle crypto funds from unsuspecting victims. Dorsey subsequently apologized, citing outdated security procedures as a cause of the affair.

Dorsey could have an interesting year ahead, given his involvement in the crypto space in tandem with his management of Twitter — one of the biggest platforms for crypto-focused social media conversations. In 2021, the public could see more developments regarding Twitter’s debatable censorship practices, which also affected the crypto space in 2020.

Additionally, Dorsey’s recent Bitcoin allocation comes in the midst of a new trend of large mainstream players buying significant sums of the asset. Will Square add to its BTC position in 2021?