Founder and CEO of Protocol Labs 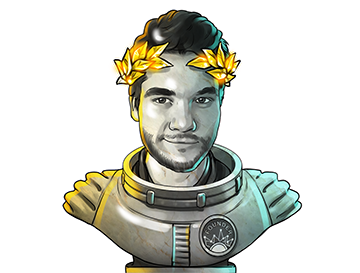 “Tron also can’t even think of an original logo.”

Juan Benet is an American computer scientist who founded Protocol Labs in 2014. The following year, he created the InterPlanetary File System, a peer-to-peer network protocol for storing and sharing data in a distributed file system.

In August 2017, Benet launched the Filecoin project, raising over $200 million in just 30 minutes during an initial coin offering. Filecoin builds on IFPS and allows users to rent out their unused hard-drive space, logging all transactions on a blockchain.

More than three years following its ICO, the FIL token was finally listed on major exchanges in October, pumping 118% within the first week of trading.

A month later, Filecoin storage topped 1 billion GB, and a wrapped FIL was made available for use in decentralized finance. Filecoin also announced a collaboration with Huobi to fund a $10 million incubation center to support the ecosystem. By that point, the token price had returned to pre-pump levels.

Benet’s year wasn’t without controversy, however. Shortly after FIL was listed, he had to defend the platform against claims that Filecoin miners were striking, and earlier in the year, he had a public Twitter spat with Tron’s Justin Sun. The conflict was over the alleged similarities between Sun’s BitTorrent File System and IPFS — even down to the logo.

Filecoin’s journey seems to have only just begun in 2020. Following its mainnet launch and subsequent growth, development on the platform has continued.

Among the potential areas for future development, Benet has mentioned the possible introduction of queuing theory to improve the efficiency of the gas model, quality-of-service guarantees for certain message and transaction types, and a means of introducing encrypted transactions for future execution. Whatever happens, 2021 is sure to be an eventful year for Benet and Filecoin.

Jonathan Dotan, a fellow at Stanford’s Blockchain Research Center and a writer/producer for HBO’s Silicon Valley who recently worked with Benet and Filecoin, had this to say:

“This year’s Mainnet launch for Filecoin was a major milestone for Juan Benet and the entire team he leads at Protocol labs. But it’s just the beginning. Juan strives towards goals measured in centuries and millennia. That might sound audacious and naive, but it’s exactly how the early internet founders conceived of their task. So, as we all embark on our generation’s calling to architect the internet we deserve, Juan’s vision is important to hear out. Listen for what it inspires in all of us to give to generations far beyond us.”