Founder, chairman and CEO of MicroStrategy 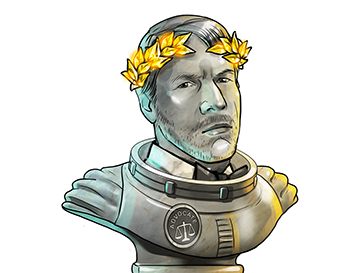 Michael Saylor, the head of business intelligence firm MicroStrategy, went from bashing Bitcoin in 2013 to being one of the digital asset’s most enthusiastic proponents in 2020. Coming from a military background, Saylor excelled in school, earning multiple degrees from Massachusetts Institute of Technology. Also a pilot, Saylor spent a period of time with the United States Air Force Reserve. He founded MicroStrategy in 1989.

In August, MicroStrategy publicized buying $250 million worth of Bitcoin for its treasury reserves. The company placed an additional $175 million into Bitcoin shortly thereafter, for a total stack worth about $425 million. Saylor revealed in subsequent comments that he had personally bought millions of dollars worth of Bitcoin for himself as well.

MicroStrategy’s Bitcoin allocations came at the beginning of the recent mainstream financial trend around the digital coin. A number of other mainstream giants publicized their Bitcoin investments following Saylor’s moves, including Square and MassMutual.

MicroStrategy bought even more Bitcoin in December — $650 million worth. Saylor made numerous bullish comments about Bitcoin throughout 2020, lighting up Twitter with bizarre threads that caused some commentators to wonder whether they could get some of what they suspected he was enjoying.

Unless the strong bullish price trend of Bitcoin changes, or some other unforeseen issue arises, Cointelegraph expects Saylor’s advocacy for Bitcoin to continue. After all, in recent months, he has become one of the most bullish mainstream players holding the digital asset. His comments appear to indicate as much, with the CEO stating that he is interested in Bitcoin for the long term — both for MicroStrategy as well as himself. His stance on Bitcoin as a hedge against inflation should also solidify as the United States continues to fight pandemic-induced economic difficulties with government spending.

MicroStrategy may even add further BTC to its holdings as other mainstream financial players jump on board the trend. As of the company’s final purchase in 2020, MicroStrategy now holds 70,470 BTC. They have cumulatively allocated over $1 billion to the asset. Due to Saylor and MicroStrategy’s massive BTC holdings, they’ll be eyeing significant profits in the future, so long as Bitcoin continues its bull run.

Saylor will also likely continue nudging other companies and celebrities like Elon Musk to buy Bitcoin while offering to advise them on the process. MicroStrategy hosted a class for corporations on the subject in February.