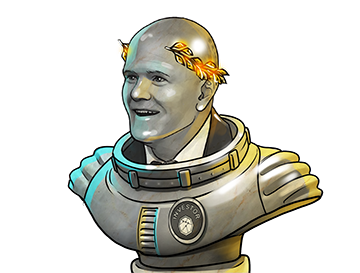 “This will be and needs to be BTC’s year.”

Worth nearly $700 million, Mike Novogratz’s value is made up of an estimated 50% crypto assets. Included among his previous endeavors, the financial visionary formerly headed up a macro fund at Fortress Investment Group and also served as the entity’s president before exiting in 2015. He reportedly received a value of $255.6 million upon departure. Novogratz now heads up Galaxy Digital, an investment outfit centered around digital assets, as its CEO.

Novogratz has served as one of Bitcoin’s most faithful bulls through the years, and his attitude even inspired a popular YouTube video from 2018 titled “Bitcoin pls go to moon.” The video surfaced during the digital asset’s bear market years ago and included Novogratz’s bullishness at the time, even amid an uncertain crypto market.

Novogratz promoted Bitcoin during a number of interviews with mainstream media outlets in 2020. Under his leadership, the Toronto Stock Exchange welcomed Galaxy Digital into its regulatory sandbox. The investment firm had a noteworthy third quarter, in line with the overall rise in the crypto sector, with the quarter’s trading volume boasting a 75% increase over the previous year’s. By the quarter’s end, the outfit also touted $407.4 million in assets under management. Additionally, Galaxy Digital unveiled plans for a Canadian Bitcoin fund, called CI Galaxy Bitcoin Fund. The “closed-end investment fund” is in collaboration with another firm called CI Global Asset Management.

There’s no reason to doubt that Novogratz will continue to raise awareness and push adoption of the digital asset class. Formerly known for nudging investors toward allocating 1% of their wealth to BTC, Novogratz has since increased that number to 3%, and then 5% for new folks. Depending on Bitcoin’s performance, matched with the state of the global economy, that number could continue higher.

At the beginning of 2021, Novogratz pointed out that institutions are playing an expanding role in Bitcoin’s upward trend. After entrances from large firms like MicroStrategy in 2020, one might logically see big players continue buying through 2021.