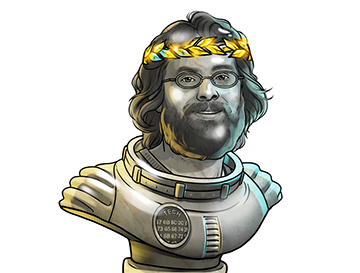 “The real yield is the farms we made along the way.”

Generally preferring to remain behind the scenes, Pieter Wuille has quietly been a powerful, driving force of Bitcoin’s development for the past nine years. He first learned of Bitcoin in 2010 before joining Google in Switzerland in 2012, and quickly became one of the main contributors of the Bitcoin Core codebase repository. Wuille has since made over 1,200 contributions to the software. Among them are Segregated Witness (BIPs 141 and 144), and Taproot/Schnorr (BIPs 340, 341 and 342). In 2014, he co-founded Blockstream alongside a number of other Bitcoin developers.

The year was a busy one for Wuille as he worked hard to ready Bitcoin Core for the space-saving, privacy-enhancing Taproot/Schnorr update, making 259 contributions to Bitcoin Core’s software during the course of the year. Wuille has also commented on Tor v3 addresses, which have stronger security and cryptography than the soon-to-be-obsolete v2 addresses. He said this will be included in the next release of Bitcoin Core. After six highly productive years, Wuille left Blockstream on Sept. 1 to work for Chaincode Labs, a Bitcoin-focused research and development group based in New York City.

Wuille will continue to guide the development of Bitcoin and make preparations for the tentative February release of Bitcoin Core 22.0. Although he has left Blocksteam, he will continue to collaborate with the company on projects such as Miniscript and MuSig while pursuing his independent interests via Chaincode Labs. Cointelegraph expects that Wuille will remain one of Bitcoin’s preeminent problem solvers, finding new ways to wow the industry in 2021.