Co-founder and chief operating officer of The Sandbox, and president of the Blockchain Gaming Alliance 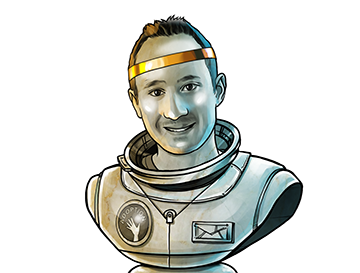 “The revolution has started, let’s create jobs and change the way people live, create, play, govern and earn in the virtual world! 2021 will be the Year of the Metaverse and will bring The Sandbox to life!”

Sebastien Borget describes himself as an entrepreneur and dad with 13 years of experience in growing startups. Nine of those years have been in mobile gaming, and the past three have been at the cutting edge of bringing blockchain technology into the gaming experience.

He is a co-founder and the chief operating officer of The Sandbox, a decentralized gaming virtual world with NFTs. The latest iteration of this is a blockchain-driven virtual metaverse, where users can create and monetize gaming experiences. The game is currently in a public beta testing stage, with a full release scheduled for some time in 2021.

Borget is also the president of the Blockchain Game Alliance, which is gathering together an increasing number of big names in the space and serves to promote blockchain technology within the gaming industry.

Borget had an incredibly busy 12 months managing his two roles, as blockchain gaming has seen steadily increasing interest throughout the year.

Spearheading this has been The Sandbox, which now has 84,000 registered user accounts and a social media community over 200,000 strong. This year saw the release of all of the main content creation tools for the platform, along with a public beta of the metaverse.

Additionally, this year saw $2.5 million worth of virtual real estate sold and the launch of its utility token, which sold $20 million.

Meanwhile, the Blockchain Game Alliance ran online presentations and workshops throughout the year, including a preview event over two nights highlighting upcoming games and developments in the space for 2021. Borget was named its president in March.

2021 doesn’t look like it will slow down at all for Borget. The Sandbox is scheduled to release its first public alpha version in the first quarter, with season one to follow later in the year. A foundation organized as a decentralized autonomous organization is to be launched, along with staking of the SAND utility token, and the game is also being ported to smartphone and tablet platforms. There will also be further LAND sales throughout the year.

And in his role as BGA president, Borget will continue to court interest from the non-crypto gaming world, along with supporting the now 169 members of the association.