Head of data, blockchain and digital assets at the World Economic Forum 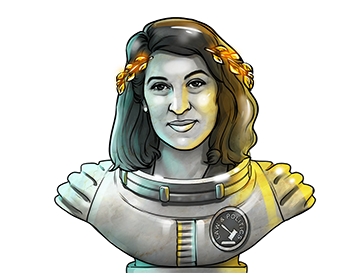 Sheila Warren is best known for serving as the head of data, blockchain and digital assets at the World Economic Forum, a major international nongovernmental organization committed to improving the state of the world. She also holds board member and advisory positions at multiple institutions and organizations including the World Bank, the Organisation for Economic Co-operation and Development and NGO network TechSoup.

Warren promotes the adoption of blockchain technology and considers herself to be a Bitcoin maximalist. As part of her role at the WEF, Warren also explores the concept of central bank digital currencies, or CBDCs. One of the top women in global finance, Warren actively stands for diversity and inclusion in the blockchain and crypto industry.

In 2020, Warren continued to collaborate with global regulators, companies and NGOs to explore the benefits of blockchain and digital currency. In January, the WEF released a CBDC policymaker toolkit to help global financial authorities understand CBDC design options as well as potential benefits and associated risks. At the end of the year, Warren told Cointelegraph that since the toolkit’s release, the “increased attention in 2020 toward the digital currency space, especially from regulators and economists,” helped to move society “toward normalizing crypto.” The WEF also progressed with other blockchain-related developments, including its project on tracing carbon emissions.

As a global expert in finance and crypto, Warren participated in a number of industry events including the Unitize and the Hyperledger Global Forum conferences. In June, she spoke at the third Cointelegraph Talks event, “Women in Blockchain: Challenges and Opportunities on the Road to Diversity,” where she told viewers: “Part of what I see as my role is really amplifying the voices that aren’t often represented. I think it is kind of an obligation that every leader in this space has.”

Cointelegraph expects Warren to continue working with global regulators, financial authorities and economists to bring a stronger foundation for global CBDC development. Because the WEF’s crypto council is confident that cryptocurrencies are becoming a permanent fixture in the global financial system, it will be definitely interesting to watch the industry’s role in diverse jurisdictions.

When asked by Cointelegraph what she expects for CBDC development in 2021, Warren said that “China remains the country to watch.” She has also said that she believes regulatory clarity around crypto assets will increase in 2021 and that decentralized finance still has a ways to go before it can become mainstream.