What is Dogecoin? A beginners guide to DOGE cryptocurrency 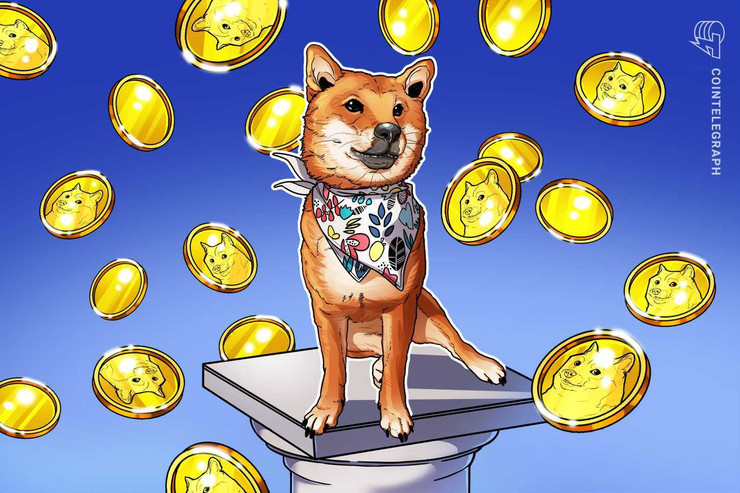 Dogecoin (DOGE) is a cryptocurrency that came into existence in 2013, based on comedic inspiration rather than a particularly strong need to fulfill a use case. The cryptocurrency was inspired by the “Doge” meme, which shows a picture of a Shiba Inu — a Japanese dog breed — sitting, paws folded over each other. Text overlays the picture of the dog, with phrases touting nonsensical grammar.

Dogecoin got its inspiration from the humorous and eccentric culture of the overall cryptocurrency community, which first began to form in 2009 with the launch of Bitcoin (BTC). Following Bitcoin — a blockchain-based asset capable of moving and storing value — came thousands of other crypto assets, touting other benefits, such as added privacy.

Bitcoin’s code is open-source, which other projects have used to create separate crypto assets and blockchains. After Litecoin (LTC) and, subsequently, Luckycoin (LKY) were created based on Bitcoin’s code, software engineers Billy Markus and Jackson Palmer used the code of Luckycoin to form Dogecoin, taking only hours to complete the task.

Palmer and Markus departed from the Dogecoin project in the years after creating it. Markus sold his stack of Dogecoin in 2015, with his holdings, at the time, valued approximately the same as a pre-owned Honda Civic.

Dogecoin has had an interested community for years, but fanfare around the asset propelled its price to towering heights in 2021. The coin itself, however, does not especially hold many notable features that would suggest it might take over as the world’s dominant currency or store of value.

Why can’t Dogecoin become a mainstream currency? Dogecoin’s supply perhaps serves as the main reason. The coin comes with no limit on its maximum coin supply. On a daily basis, 14 million additional Dogecoin is mined, having an inflationary effect on the asset’s value. In contrast, Bitcoin, for example, comes with a fixed 21 million coin maximum supply, giving it defined scarcity.

Dogecoin, however, can potentially serve as a form of currency for tipping or payments, online or otherwise. Its U.S. dollar price is comparatively much lower per unit than that of other crypto assets, such as BTC, allowing users to work with whole numbers, rather than transacting in fractions of BTC.

On one hand, DOGE appears to be potentially more viable than Bitcoin as a transactional asset, due to Dogecoin’s lower unit price, its popularity and its transaction speed. The coin’s community has also made DOGE relatable for the mainstream. It is also true, however, that the asset could go the way of many previous fads before it — gaining significant public attention for a time, but failing to stick as a unique long-term solution for anything.

Since 2013, Dogecoin has typically traded for less than $0.01 per coin. In early 2018, Dogecoin’s price hit approximately $0.018, subsequently falling back down below a penny in the following months and years.

In early January 2021, Dogecoin’s price popped back above the $0.01 mark for a short period. Moreover, the asset yielded a major price rally in late January, when Dogecoin surged up to about $0.07 per coin in a matter of two daily candles, or a 48-hour window of time.

A number of days later, the asset found itself up to around $0.088 per coin. After a decline down to the $0.04 range, the coin’s price consolidated for weeks, leading up to its rapid upward price run. In May 2021, Dogecoin traded at a price just shy of $0.74. This dramatic price rise was seemingly driven largely by the hype around the asset, as well as the asset’s community of interested participants.

In 2020, users of the social media platform TikTok gave Dogecoin notable attention in an effort to get folks to buy the asset, hoping the coin would rise in price. Dogecoin garnered significantly more interest in 2021, including attention from a member of the Reddit-based group WallStreetBets. (The group is known for its impact on the price of Gamestop stock in early 2021). Around the time of the GameStop stock price surge in January 2021, a Twitter user named “WSB Chairman” posted a tweet, pondering if Dogecoin had ever summited the $1 price point. Dogecoin’s price rose to roughly $0.07 following the tweet.

Also contributing to Dogecoin’s popularity in 2021 may very well have been the Dogecoin-related tweets posted by Tesla CEO Elon Musk. Tweets ranged from comments on the coin’s development to a picture of a Rafiki holding up Simba (from the movie The Lion King), with Musk’s head pasted on Rafiki’s body and the head of the Doge dog pasted on Simba’s body.

Multiple social media platforms serve as hotbeds for Dogecoin discussion, including Reddit. During its 2021 bonanza, Dogecoin-related searches flooded Google, Twitter hosted a significant amount of chatter related to the asset, and mainstream media gave the digital asset air time. Single-day trading volume for Dogecoin also rose past that of Bitcoin on at least one occasion in 2021, with billions of dollars worth of the coin traded.

The years following Dogecoin’s inception proved eventful, with tales of hacks, Dogecoin-painted racing vehicles and more. Among the stories is how donations via Dogecoin helped fund Jamaica’s national bobsled team for its 2014 Sochi Olympic run.

How to buy, sell and where to spend DOGE

How to buy and sell DOGE

Buying and selling Dogecoin is not unlike trading most other big-name crypto assets. The market offers numerous cryptocurrency exchanges on which one can buy or sell the dog-themed coin, including a number of United States-friendly exchanges. Buying DOGE on a crypto exchange requires transferring fiat currency (U.S. dollars, etc.), stablecoins or other crypto assets to a crypto exchange and then buying the coin with those funds. Users can also sell their DOGE and send cash or crypto off the exchange.

Additionally, interested parties can also buy or sell DOGE in person. The process of buying and selling Dogecoin is similar to that of Bitcoin. A range of platforms exist on which parties can buy DOGE, some of which allow purchase via payment cards.

For more on how to buy and sell Bitcoin, see: How to buy Bitcoin: A step-by-step guide and How to sell Bitcoin.

How to store DOGE

Storing Dogecoin holdings is also a point worth talking about. Users can hold DOGE on the crypto exchange where they purchased the asset, although this method provides owners with potentially less control over their funds.

Dogecoin holders can also store their coins in a personal, self-hosted wallet. These wallets come with greater security and responsibility, but provide users more versatility in terms of storing their funds. Hardware and local wallets serve as two potential options. A user’s wallet of choice must be capable of holding Dogecoin, however. Storing DOGE off a crypto exchange requires sending the coin to the desired wallet from the exchange.

Where to spend DOGE

How can a holder spend their DOGE? One option is to send it to a crypto exchange, sell it, and then cash out or transfer the money gained from the sale. Users can also sell their DOGE for fiat while uploading it to their crypto card, and in a way, spend proceeds from Dogecoin. Additionally, the Dallas Mavericks of the National Basketball Association (NBA) opened the door to payments via Dogecoin for merchandise and tickets in 2021.

On the technical side, Dogecoin has seen continued updates over the years, publicized on the asset’s Github page.

Aside from its development, Dogecoin’s fees remain a selling point for the asset. At one point in May 2021, the average Dogecoin transaction fee cost approximately $2.52 — a peak in terms of previous and subsequent levels. Such fees are considered low when compared with transaction fees seen in other crypto assets at times.

However, a small number of DOGE owners could potentially cause price waves someday. Despite its large supply, Dogecoin touts a number of wallets holding a significant portion of DOGE’s total coin supply. Around 50% of the asset’s total supply sits in approximately 20 Dogecoin wallet addresses.

As far as Dogecoin mining goes, significant flows of DOGE are expected to continue entering the ecosystem through mining, causing inflation.