What Are Smart Contracts? Guide For Beginners 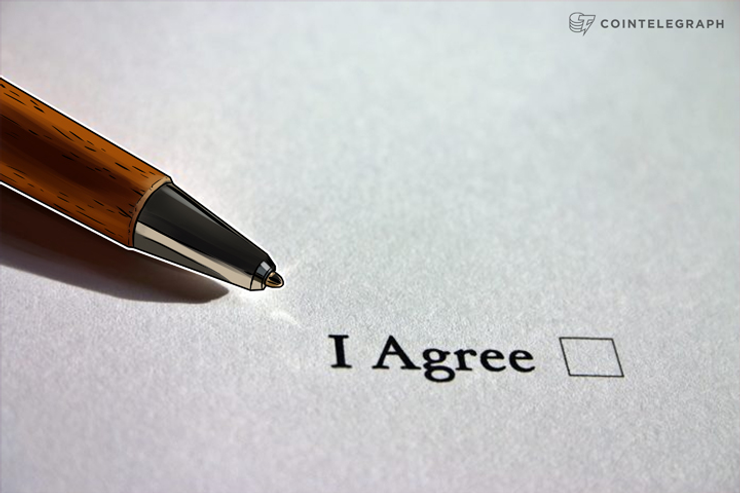 What are smart contracts for?

Imagine that you need to sell a house. It’s a rather complicated and daunting process which entails a lot of paperwork, communication with different firms and people as well as a high levels of various risks. That’s why the absolute majority of house sellers decide to find an estate agent, who deals with all the paperwork, markets the property and acts as an intermediary when the negotiations begin, overseeing the deal until it’s closed.

Moreover, the agency provides an escrow service, which is especially useful in such transactions, as the sums involved are normally quite big and you can’t really fully trust the person you will be dealing with. Nevertheless, after the successful deal, the seller’s and the buyer’s agents will share around seven percent of the sale price as their commission. This amounts to quite a substantial financial loss for the seller.

It’s situations like this where smart contracts could really come in handy and effectively revolutionize an entire industry, all the while making the process a lot less of a burden. Perhaps most importantly, they would solve a trust issue. Smart contracts work on an ‘If-Then’ principle, which means that the ownership of the house will be passed on to the buyer only when the agreed upon amount of money is sent to the system.

They also work as escrow services, meaning that both the money and the ownership right will be stored in the system and distributed to the participating parties at exactly the same time. Moreover, the transaction is witnessed and verified by hundreds of people, so the faultless delivery is guaranteed. As trust between the parties is no longer an issue, there is no need for an intermediary. All the functions that an estate agent does can be pre-programmed into a smart contract, while simultaneously saving both the seller and the buyer considerable amounts of money.

And this is just one example of potential uses of smart contracts. They are capable of facilitating an exchange of money, property and anything else of value, ensuring the complete transparency, avoiding the services and accompanying charges of a middleman and eradicating the question of trust between the parties. The code of a particular smart contract includes all the terms and conditions agreed upon by the parties, and the information about the transaction itself is recorded in a Blockchain, a decentralized, distributed public ledger.

How do smart contracts work

Simply put, smart contracts work a lot like vending machines. You just drop a required amount of a cryptocurrency into the smart contract, and your escrow, house ownership right, driver’s license, or whatever else drops into your account. All the rules and penalties are not only pre-defined by smart contracts but are also enforced by them.

A smart contract can work on its own, but it can also be implemented along with any number of other smart contracts. They can be set up in a way when they’ll be dependant on one another. For example, successful completion of one particular smart contract can trigger the start of another one, and so on. In theory, whole systems and organizations can run entirely on smart contracts. To some extent, this is already implemented in various cryptocurrency systems, where all the laws are pre-defined and because of that, the network itself can function autonomously and independently.

Essentially, there are three integral parts, also referred to as objects, to every smart contract. The first one is signatories, the two or more parties using the smart contract, agreeing or disagreeing with the terms of the agreement using digital signatures.

Finally, any smart contract has to include specific terms. Those terms need to be mathematically described in full and using a programming language that is appropriate for the particular smart contract’s environment. This includes the requirements expected from all the participating parties as well as all the rules, rewards and punishments associated with said terms.

In order for them to exist and function properly, smart contracts have to operate within a specific suitable environment. First of all, the environment needs to support the use of public-key cryptography, which enables users to sign off for the transaction using their unique, specially generated cryptographic codes. This is the exact system that the absolute majority of currently existing cryptocurrencies is using.

Finally, the source of digital data used by the smart contract has to be completely reliable. This entails the use of root SSL security certificates, HTTPS, and other secure-connection protocols that are already being widely used and are being implemented automatically on most modern-day software.

Smart contracts give you:

Autonomy — Smart contracts eradicate the need for a third-party intermediary of facilitator, essentially giving you full control of the agreement.

Trust — No one can steal or lose any of your documents, as they are encrypted and safely stored on a secured, shared ledger. Moreover, you don’t have to trust people you’re dealing with or expect them to trust you, as the unbiased system of smart contracts essentially replaces trust.

Savings — Notaries, estate agents, advisors, assistance and many other intermediaries are not needed thanks to smart contracts. And, by extension, the extortionate fees associated with their services.

Efficiency — With smart contracts you will be saving a lot of time, normally wasted on manually processing heaps of paper documents, sending or transporting them to specific places, etc.

Who created and who uses them

Smart contracts were first described by Nick Szabo, a computer scientist and cryptographer, in 1996. Over the course of several years, Szabo reworked the concept and released several publications, where he described the concept of establishing contract law related business practices through the design of electronic commerce protocols between strangers on the Internet. However, the implementation of smart contracts didn’t happen until 2009, when the first cryptocurrency Bitcoin appeared along with its Blockchain, which finally provided a suitable environment for smart contracts. Interestingly enough, Nick Szabo designed a mechanism for a decentralized digital currency called Bit Gold in 1998. It was never implemented, but it already had many of the features that Bitcoin boasted about 10 years later.

Read more: What is Ethereum

While the stance of governments, financial regulators and banks worldwide on cryptocurrencies has been ranging from extremely cautious to carefully accepting, the technology behind them - Blockchain and smart contracts - has been widely accepted as revolutionary and it is being implemented across all levels.

Similar things are happening everywhere. This month, a consortium of 61 Japanese and South Korean banks has been testing Ripple’s Blockchain and smart contracts to enable cross-border money transfers between the two nations. The new system will roll-out in 2018. Even Sberbank, a Russian government-controlled bank, in a country which has been notoriously anti-cryptocurrency, the Ethereum’s Blockchain and the smart contracts enabled by it are being tested.

The tests came in light of Sberbank joining the Enterprise Ethereum Alliance, a consortium of more than 100 businesses, including top players such as Cisco, BP, ING, Microsoft and so on. The Alliance aims to develop a Blockchain fine-tuned for business-use, where smart contracts needed for particular companies can be developed and implemented.

As smart contracts were developed in association with cryptocurrencies, they are still mostly being implemented into the world of finance and banking. Nevertheless, this technology can be used by governments worldwide to make the voting system more accessible and transparent.  Supply chains can use it to both monitor the goods and automate all the tasks and payments involved. Real estate, healthcare, taxes, insurance and countless other industries can benefit from the implementation of smart contracts and the benefits they have to offer. Smart contracts are an extremely young technology. Despite having a lot of promise, it is still can be prone to problems. For instance, the code that makes up the contract has to be perfect and contain no bugs. This can lead to mistakes and, sometimes, to such bugs being exploited by scammers. As was the case with The DAO hack, money put into a smart account with a mistake in its code can be stolen from it.

Moreover, the novelty of the technology still bring a lot of questions to the table. How will the government decide to regulate such contracts? How will they be taxed? What happens if the contract can’t get access to the subject of the agreement, or anything unexpected happens to it? It this was to happen when a traditional contract was made, it could be rescinded in court, but the Blockchain makes the contract perform no matter what, in accordance with the ‘Code is Law’ policy.