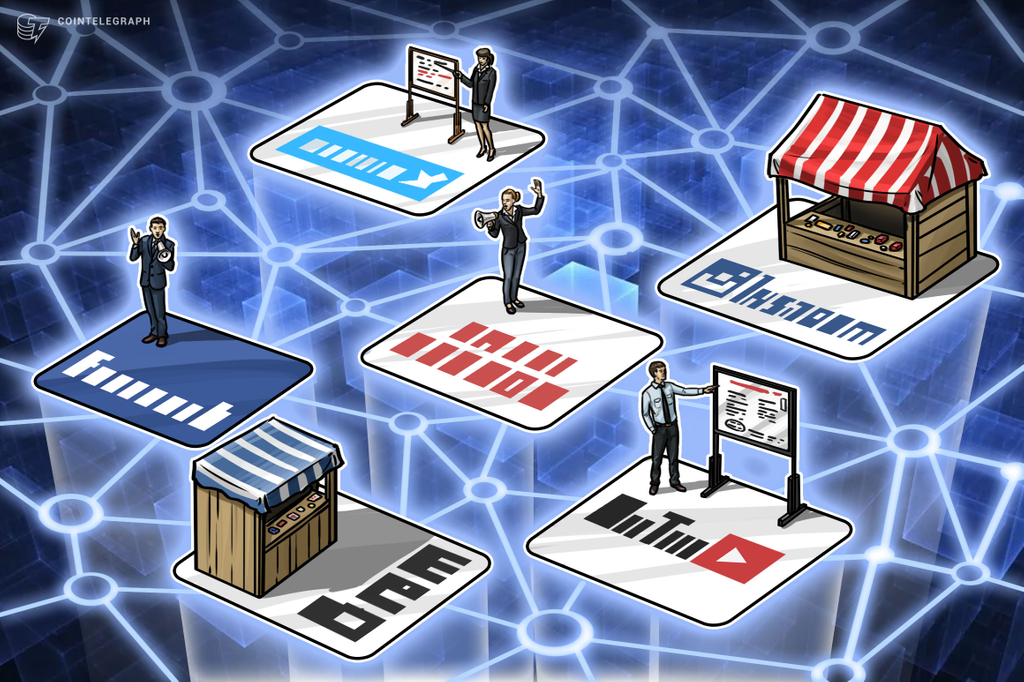 Apparently the advertising sector on social media is huge. Is this true?

So wait a minute… are they using my data?

The drinks are on Facebook, then. Can Blockchain improve advertising?

I’ve heard of social media influencers – what’s their role in all of this?

So how do advertisers get influencers on board?

Can Blockchain make it easier for advertisers and influencers to collaborate?

Apparently the advertising sector on social media is huge. Is this true?

For ordinary users, social networks are a way to keep in touch with friends. But with 2.5 bln users worldwide, they have now become indispensable marketing tools.

It is estimated that $31 bln was spent on social media advertising worldwide in 2016 &ndash; almost doubling over a two-year period.

As newspapers close and TV dwindles in popularity, the likes of Facebook and Twitter are becoming the main destinations for advertisers to spend their cash.

You may have noticed that ads can tend to follow you around &ndash; meaning searching for shoes on a retailer&rsquo;s website suddenly means they&rsquo;re in your Facebook News Feed.

Advertisers tend to like social media because it&rsquo;s easier to reach certain people based on their age, gender, location and interests. As you&rsquo;d imagine, it&rsquo;s a lot harder to pull off targeted advertising on physical billboards. Not only are they more expensive, but campaigns end up grabbing the attention of the wrong demographics.

Through social media, advertisers can use metrics to see whether their desired audience are engaging with their campaigns. Not all of this is to say the system is perfect, though, as some ad formats are irritating and intrusive &ndash; redirecting you away from the website where you wanted to be.

So wait a minute… are they using my data?

Yes &ndash; in more ways than you think. Your level of education, ethnicity, whether you own a home, relationship status, birthday, job, political views, car, internet browser, investments and TV habits are just some of the types of data that can be used.

Awareness about how social media companies are using personal information has been heightened by the scandal surrounding Cambridge Analytica and Facebook. The political consulting firm harvested the data of at least 87 mln people after launching an app where hundreds of thousands of people were paid to take a personality test. Participants gave consent for their data to be collected &ndash; but the details of their friends were also harvested without their knowledge.

Facebook CEO Mark Zuckerberg faced questions in Congress about the controversy. He denied that the social network sells personal data to advertisers, but said: &ldquo;What we allow is for advertisers to tell us who they want to reach, and then we do the placement.&rdquo;

In 2017, the social network generated almost $40 bln in revenue from advertising &ndash; a 49 percent increase on the year before.

The drinks are on Facebook, then. Can Blockchain improve advertising?

Several Blockchain platforms are trying to challenge the dominance of big tech firms by giving users control of their data.

In the future, Blockchain could be used to allow you to decide which data you want to be stored about you online &ndash; and more importantly, who gets to see it.

If that information ends up being used by advertisers, it could be you who ends up getting a paycheck rather than tech giants such as Facebook and Google.

At the moment, personal data worth billions is being sold per year &ndash; but the public doesn&rsquo;t see a penny of this.

This could have some unexpected, but positive side effects. Advertising could actually prove useful because companies would be working off accurate information. Plus, you could be able to use your own data to personalize apps in an instant.

I’ve heard of social media influencers – what’s their role in all of this?

Some influencers boast millions of fans &ndash; and for advertisers, they can be a valuable way of reaching new customers.

Brands are regularly hoping to get their products endorsed by these stars, or to get their items featured in a sponsored post. In some cases, these deals can be worth hundreds of thousands (even millions) of dollars.

There has been controversy over arrangements which have seen influencers speak positively about certain products in posts and videos without disclosing that they have been sponsored to do so. This can prove problematic when it comes to influencers who have a large, impressionable and young fan base.

So how do advertisers get influencers on board?

One common technique is to make sure they are a fan of a product already.

Influencers often talk about how much free stuff they get &ndash; and this is in part because brands want to be recognized by them. This method is especially popular when it comes to so-called &ldquo;micro influencers&rdquo; &ndash; niche talent with a modest following who enjoy high engagement rates.

One challenge can be making sure that an endorsement campaign has a lasting impact on viewers and followers. A single, discreet mention of a product isn&rsquo;t always going to cut it &ndash; and that&rsquo;s why many campaigns require multiple posts and multiple mentions of a product to succeed.

The cost of this form of social media marketing is often hugely inflated because of the fees taken by agents and social networks.

Can Blockchain make it easier for advertisers and influencers to collaborate?

Certain platforms are hoping to boost the earnings of influencers, while simplifying the steps advertisers need to take to get them on board.

Decentralized platforms such as Patron plan to use smart contracts to make the relationship between customers and creators fairer and more transparent.

Such systems could make it possible for advertisers to pay influencers for a single post, or to hire them exclusively for a period of weeks or months.