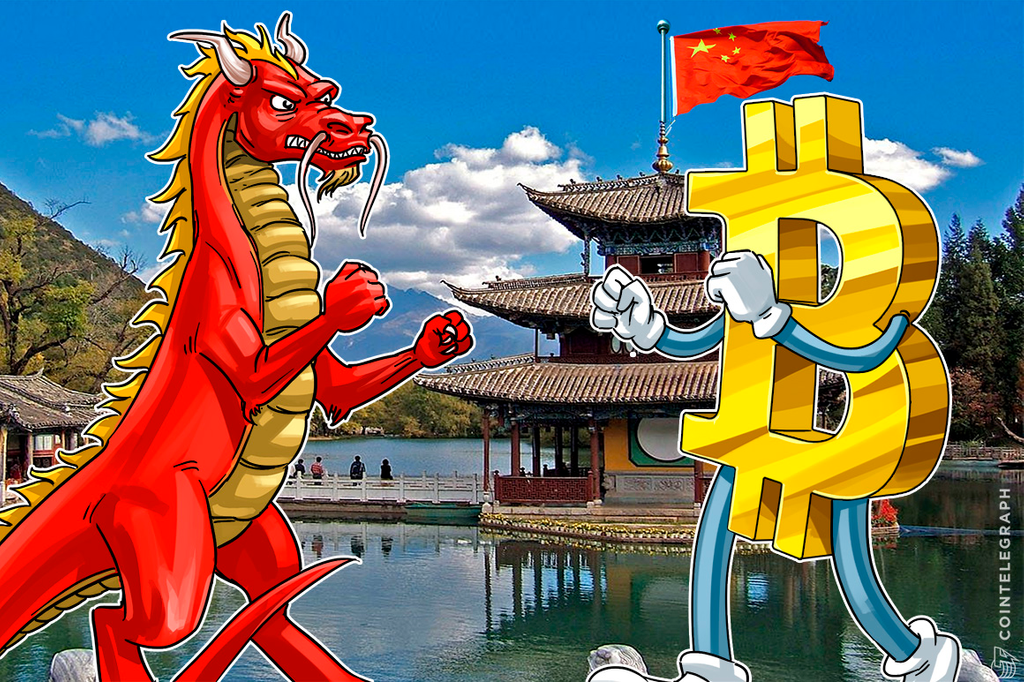 Is China the only country able to exert such an influence?

Is government interference even possible with Bitcoin?

Will Bitcoin price continue to fluctuate?

Can Bitcoin volatility influence my savings?

The short answer to that question is China.

The previous growth, and, especially, the latest drop were both a result of market sentiment caused by news from China. Huobi and OKCoin, the two largest cryptocurrency exchanges in the country, have announced that they stopped all Bitcoin and Litecoin withdrawals for a month. The pause is needed for the companies to implement software updates. They will be in compliance with the new, stricter AML regulations recently issued by the People&rsquo;s Bank of China (PBoC).

This is not the first market crash brought about by the news coming from the People&rsquo;s Republic of China. The curious relationship between Bitcoin, China in general and the Chinese government, in particular, is an ongoing topic for debate and for a good reason.

Yes, more than once.

In fact, it happens frequently enough, it serves both as a staple in the community&rsquo;s meme production and a source of constant unrest and frustration for the people holding onto their Bitcoins long-term.

Firstly, it happened from November to December 2013, it was a truly dramatic experience for all the parties involved: those months have seen the most rapid rise and fall of Bitcoin price to date. During the period from September to November 2013, Bitcoin has surged from just over $100 to more than $1000.

It changed overnight after the PBoC called Bitcoin &ldquo;not legally protected&rdquo; and having &ldquo;no real meaning&rdquo; and prohibited its use by financial institutions in mainland China. This led to BTC China, the then-largest Bitcoin exchange in the country, to cut all Yuan deposits indefinitely. They were resumed in February 2014, but the harm has already been done. PBoC&rsquo;s actions have had far-reaching implications across the world, and Bitcoin price lost more than half of its value over the next two weeks.

In early January 2017, the PBoC carried on-site inspections at the three largest Chinese cryptocurrency exchanges: OKCoin, Huobi and BTCC. The inspections were motivated by the bank&rsquo;s desire to look into capital flight, money laundering and market manipulation instances potentially present throughout the exchange companies.

The result? You guessed it - Bitcoin went down from a high of about $900 by more than 10 percent.

Is China the only country able to exert such an influence?

Major news from other countries has impacted Bitcoin price too. One of the most prominent examples is the infamous collapse and bankruptcy of Mt.Gox. It used to operate from Japan and at one point was the largest Bitcoin exchange in the world. Its closing led Bitcoin price to go down from around $700 to about $550.

However, that was an incident internal to the Bitcoin industry. It didn&rsquo;t have anything to do with any government&rsquo;s actions. No other country&rsquo;s government has had such a consistent and powerful effect on Bitcoin price.

Is government interference even possible with Bitcoin?

There is a multitude of factors at play here but the most important one is that the vast majority of the world&rsquo;s Bitcoin trading volume and mining power are concentrated in China.

Bitcoin, as a technology, was designed to operate in a decentralized manner. That means that no single center of authority should be able to make decisions on behalf of all users of the network. However, the value of &ldquo;the most democratic form of money&rdquo; seems to be too heavily impacted by the actions of just one Central Bank - the PBoC.

So you might wonder, how is that possible? The answer is that despite being idealized as a revolutionary and independent invention, Bitcoin has to operate in a real-world environment. And in our case, the reality is that the majority of Bitcoin trading, estimated from 50 percent to 98 percent, and mining, allegedly between 50 percent and 70 percent, takes place in China. Also important is the fact that Bitcoin is used as a vehicle for capital flight out of China. Savers and investors frequently use the cryptocurrency as an alternative holding asset against a weakening Yuan. This makes any tiny bit of regulatory interference send major ripples across the network.

There is also a view that Bitcoin trading in China is highly speculative by nature. There are several reasons for that. It is reported that a lot of traders are prone to taking high risks and some don&rsquo;t even know how Bitcoin works, so they disregard the political and technological implications of the cryptocurrency and only use it as a means of investment. There is also evidence of a significant negative correlation between Yuan and Bitcoin prices.

All these factors result in an unbalanced market, which is mostly driven by traders&rsquo; sentiment. Whenever the PBoC tries to use heavy-handed regulation to protect its own interests, it results in panic, even if it was not the original intention. Given China&rsquo;s huge market share, that panic quickly cascades throughout the world and sends Bitcoin price down.

Will Bitcoin price continue to fluctuate?

Nobody can say for sure. But it looks like China&rsquo;s influence on the global market is waning.

Let&#39;s just look at the price graph. It is easy to see that with every new time the PBoC does its &quot;thing&quot; the effect on the price becomes less and less pronounced. The latest drop of 7% simply pales in comparison with the 51 % loss of value, which Bitcoin suffered back in December 2013, as another result of the PBoC&rsquo;s harsh regulations.

This decreased sensitivity to the news from China may be caused by various factors, such as the rest of the world gradually catching up in trading volume and mining power. In any case, it looks like Bitcoin may have grown too big to be easily influenced by any single government authority.

Still, all that does not guarantee that a new sharp fall isn&rsquo;t impossible. The chance of a &ldquo;black swan&rdquo; reaction should always be kept in mind, even if the signs point to the market being stable.

Can Bitcoin volatility influence my savings?

Depending on who you are and what your goals are, you can find plenty of advice online. There is just one thing that absolutely anyone can do to beef up the security of their Bitcoins - keep them in cold storage.

However, there is one important thing a Bitcoin user should always keep in mind, even regardless the current &lsquo;crisis&rsquo;: if you don&rsquo;t own the private keys to your Bitcoins those are not really your Bitcoins.

It is extremely inadvisable to hold the majority of your Bitcoins on any of the online services, such as exchanges, web wallets and so on. A company that holds your Bitcoins can put a freeze on them for any number of reasons: updated AML regulations, bankruptcy or just plain old software maintenance. It contradicts the very purpose of having Bitcoins in the first place because they are supposed to be the money only you can control.

So, ultimately, if you don&rsquo;t want the PBoC deciding what happens to your coins, don&rsquo;t store them long-term on any of the online exchanges especially the ones headquartered in China. The better solution is to keep your Bitcoins in any of the available cold storage solutions.