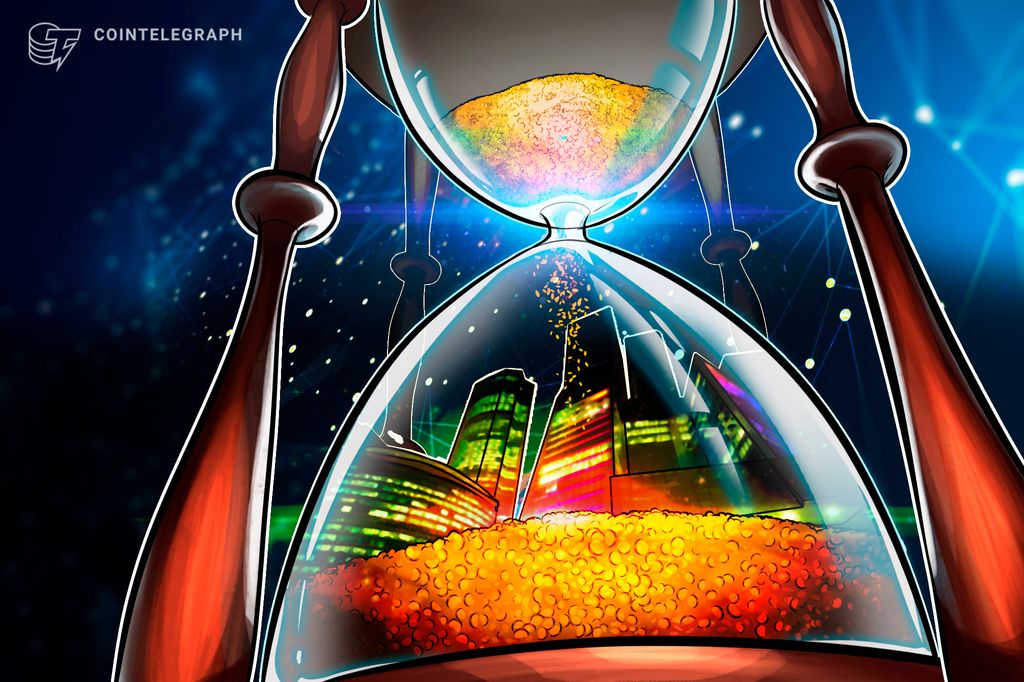 Are cryptocurrencies with fixed supplies a good thing or a bad thing?

So, Bitcoin may be deflationary. Isn’t deflation a bad word?

What are the downsides of deflation?

What happens when there are no Bitcoins left to mine?

Are cryptocurrencies with fixed supplies a good thing or a bad thing?

This is a hot topic for debate, and crypto companies have taken different approaches when creating their own assets.

The world&rsquo;s biggest cryptocurrency, Bitcoin, has a fixed supply of 21 million &mdash; and last April, it was confirmed that 80 percent of this total had already been mined. Although newly minted Bitcoins aren&rsquo;t going to be around forever, as the number available is going to decrease over time, there&rsquo;s still a long way to go before they will all enter circulation. In fact, as things stand, the supply of new coins won&rsquo;t be fully exhausted until 2140.

Those in favor of fixed supplies, as seen in Bitcoin, say that this creates digital scarcity. Lower supply can mean higher demand, thereby increasing prices. They also say that this sets crypto aside from the global financial system, in which central banks can effectively print more money through a strategy known as quantitative easing, which can lead to inflation and mean the dollar in your pocket isn&rsquo;t worth as much as it used to be.

But in terms of cryptocurrencies achieving mainstream adoption, some opponents argue that fixed supplies actually stop people from spending, meaning that digital assets are speculative investments that people hoard. As this Bloomberg article argues, depreciation is impossible when an asset is finite, and this creates the risk of crypto owners waiting to get their goods cheaper. When it comes to conventional currencies, inflation is something that disincentivizes consumers from holding onto their cash &mdash; the longer it&rsquo;s in their wallet, the less purchasing power it has.

So, Bitcoin may be deflationary. Isn’t deflation a bad word?

Not necessarily &mdash; this can help the cryptocurrency remain valuable.

Deflation relates to a decrease in the price you pay for goods and services. It&rsquo;s the opposite of inflation &mdash; a term you&rsquo;ve probably heard of if you&rsquo;ve ever wondered why prices keep rising in supermarkets. Although it is considered a bad thing in the traditional economy, it isn&rsquo;t necessarily a bad thing in the crypto world.

Inflation is a problem because that $1,000 you store in a safe for a decade could end up buying you a lot less. Just look at the United States Inflation Calculator, which shows that a $1 item in 1913 would cost $25.43 today.

As Blockonomi&rsquo;s Brian Curran explains, inflationary markets also lead to &ldquo;rampant debt levels&rdquo; and push economies to live beyond their means. It can also end up going to extremes &mdash; and in Zimbabwe, inflation rates soared from 59 percent in 2000 to 80,000,000,000 percent (yes, 80 billion) in 2008. This is hyperinflation, and it renders currencies unusable. Venezuela, a country suffering from extensive political instability, has become one of the world&rsquo;s biggest crypto markets because of hyperinflation, with one trader saying: &ldquo;Even though Bitcoin is volatile, it&rsquo;s still safer than the national currency.&rdquo;

Cryptocurrencies such as Bitcoin are finite &mdash; with some economists comparing them to &ldquo;digital gold&rdquo; as a result. As output rises, the prices of goods are going to fall, but crypto as a store of value could rise simultaneously. Advocates of deflation argue that this is far more stable than what we see in the global economy today.

Ethereum doesn&rsquo;t have an overall cap, and instead, new crypto is injected into its ecosystem every year. Although this makes it inflationary, inflation rates are decreasing as more ETH enters circulation.

When done right, it can reduce consumption &mdash; in a good way.

Many economies around the world are driven by the principle that it&rsquo;s better to spend money now before it devalues in the future because of inflation. Debts &mdash; in the form of loans and credit cards &mdash; are rampant, and this applies at a government level too.

Deflationary assets encourage consumers to spend their money wisely so they can see their remaining funds appreciate in the future. But as Jorg Guido Hulsmann from the Austrian School of Economics points out, this doesn&rsquo;t necessarily mean that crypto holders wouldn&rsquo;t end up spending anything at all. Consumers would still spend money on essentials &mdash; food, fuel and mortgage payments &mdash; fully acknowledging that it could be cheaper in the coming years, as urgency is a factor.

Also, in an economy with a deflationary currency, there would still be times where you want to treat yourself &mdash; going to a bar, having a nice meal out or going to the cinema. Hulsmann argues that such crypto assets don&rsquo;t have to be the death knell for consumer spending altogether, but it would make someone think twice before buying something they don&rsquo;t really need.

It could also change the public&rsquo;s relationship with debt &mdash; and make them more reluctant to borrow money for flashy cars and big televisions when they know that their payments would be increasing in value with every monthly repayment that passes.

What are the downsides of deflation?

One of the main downsides is a concept known as a &ldquo;deflation death spiral.&rdquo;

Like with hyperinflation, this is where things go to extremes the other way. Demand decreases because fewer people are spending money &mdash; yet, at the same time, prices are tumbling. Because the number of consumers buying goods or services has reduced, wages are vulnerable to falling, and economic productivity tumbles with it. This can lead to companies going out of business altogether.

It&rsquo;s almost like a staring contest, where companies and consumers are waiting to see who blinks first. Businesses keep cutting their prices in an attempt to woo customers, but the public is holding out because they expect prices to fall. Ultimately, there&rsquo;s a risk it could all become a race to the bottom.

This goes back to the Austrian School of Economics&rsquo; perspective that people would still need to spend money for essentials. It also believes that, as long as a currency or economy isn&rsquo;t built on foundations of debt, the levels of deflation would stabilize to prevent such a death spiral.

In a way, this leaves cryptocurrencies at an impasse. How can it be transacted in order to gain momentum and attract mainstream adoption without missing out on the fact that their assets could be worth more in the future? Some advocates, like this Medium blogger, argue that the best way to remedy this is to make purchases using crypto &mdash; and then instantly buy more of it using fiat. If small things like coffee and lunch are bought using crypto, it can help demonstrate its utility and boost demand, with more merchants accepting it as a method of payment.

What happens when there are no Bitcoins left to mine?

Firstly, it might not be something you need to worry about &mdash; it&rsquo;s unlikely many of us will be around in 120 years.

As this Cointelegraph feature explains, miners will particularly feel an impact. They are currently rewarded when they mine a block, but these rewards are going to tumble over time and eventually disappear altogether when supplies are exhausted. Satoshi Nakamoto himself predicted that the onus would change from block rewards to transaction fees once this plateau is reached &mdash; after all, transactions will still need to be validated on the blockchain. This could mean consumers end up paying higher fees in order to ensure their transactions are processed quickly.

As the number of Bitcoins remains stagnant and prices fall, divisibility is going to prove to be a vital factor in keeping supply levels strong. This cryptocurrency has eight decimal places &mdash; and Nakamoto reasoned that this would ensure that small purchases could still continue to be made. Without this, you&rsquo;d end up in a situation akin to paying for a $1.50 can of cola with a $5 note, and not getting any change.

Ethereum tokens are divisible to 18 decimal places &mdash; and as this article explains, this is important because it ensures that they can easily be exchanged for different crypto assets or fiat currencies with differentiating value.

Over time, divisibility could prove to be more important than you may think. By 2017 &mdash; more than a year ago &mdash; a report had suggested that 3.8 million Bitcoins have already been lost. That&rsquo;s 18 percent of the overall supply. Loss, theft and destruction were all likely factors, and you can bet your bottom dollar this figure is higher now.