How the Crypto World Is Preparing for Quantum Computing, Explained 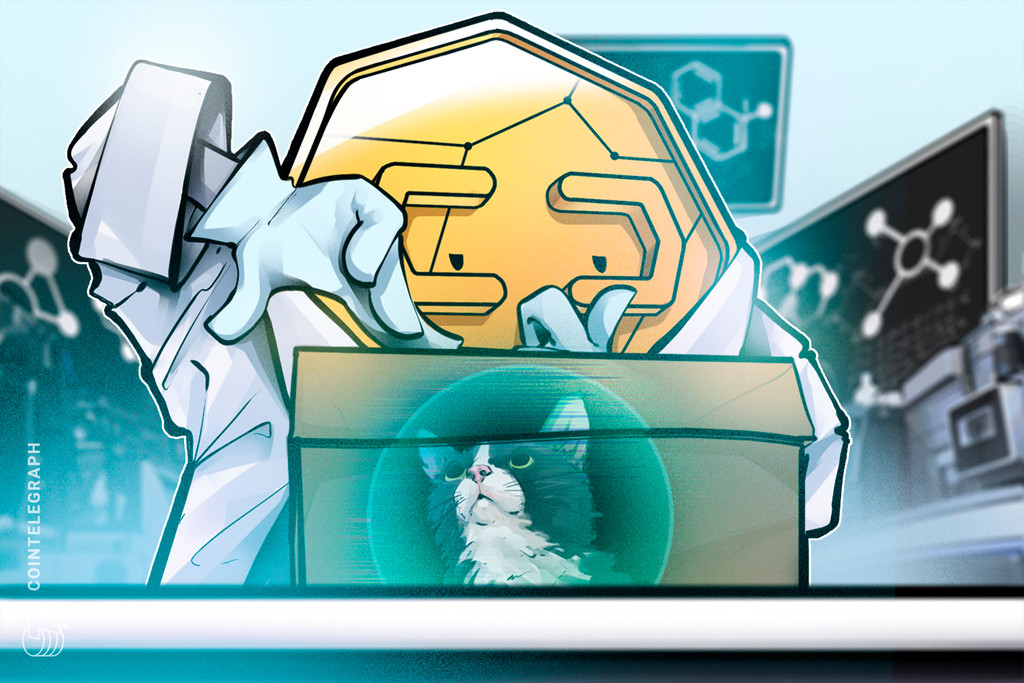 What is quantum computing?

Is quantum computing a threat to the blockchain?

What crypto algorithms and blockchains are threatened by quantum computing?

Will Bitcoin have to update its infrastructure to become quantum resistant?

What is quantum computing?

Quantum computing is a new method of processing data and solving problems, which differs from classical computing that is widely used in everyday devices.

Quantum computers, which have at times been dismissed as a physical impossibility, have gone from the realm of "If" to the realm of "When" over the last decade. To put that into perspective, some computations &mdash; previously thought to be functionally impossible due to their incompatibility with traditional computing &mdash; are now becoming only a matter of time for quantum computers.

At the moment, blockchains&rsquo; cryptographic functions are considered to be secure, given that breaking them would need massive computing resources that cannot be achieved with classical computers. However, a quantum computer would be able to break this kind of cryptographic shield in a matter of days.

While this threat is only theoretical now, it can materialize in about a decade.

The idea behind quantum computers is to go beyond the limits of traditional computers by leveraging quantum mechanics &mdash; a field in physics that describes the behaviors and laws on a subatomic scale.

Quantum phenomena are not easy to grasp because they are governed by completely different laws compared to classical mechanics. As Nobel Laureate Richard Feynman once said, &ldquo;If you think you understand quantum mechanics, then you don't.&rdquo;

Think about it: Subatomic particles can exist in multiple places at once &mdash; called superposition &mdash; move forward or backward in time, and even teleport through so-called entanglements. Quantum computers aim to benefit from these sci-fi characteristics.

While the transistors of classical computer processors operate with bits, which encode either a zero or a one, quantum computers use so-called quantum bits, or qubits. The latter can encode a zero and a one into two different states as well as leverage their &ldquo;superposition&rdquo; and &ldquo;entanglement.&rdquo; In other words, qubits allow for a huge number of calculations to be carried out simultaneously.&nbsp;

Today, the leaders of quantum computing are United States tech giants IBM and Google. Intel and Microsoft come next as serious contenders. Amazon is also keen on joining the league. Recently, the e-commerce behemoth announced that it provided quantum computing as a service on its AWS servers.&nbsp;

Google even claimed recently that it had achieved quantum supremacy, a milestone in quantum computing, in which a quantum device can solve a problem that typical computers cannot.

Is quantum computing a threat to the blockchain?

The short answer is yes, but there are nuances to consider.&nbsp;

First of all, quantum computing is not a threat to the blockchain as a concept per se but to the projects that use the technology. While present-day quantum computers cannot break blockchains and their underlying cryptography, larger ones on the horizon are a threat, indeed, and need to be prepared for.

While upcoming quantum computers might have the capability to break the cryptography of today&rsquo;s blockchains, this threat can be reduced to zero when the world adopts quantum-resistant blockchains and even distributed ledger technology whose nodes rely on quantum computers.

What crypto algorithms and blockchains are threatened by quantum computing?

Powerful quantum computers might become a threat to all blockchains that rely on the ECDSA (Elliptic Curve Digital Signature Algorithm), including Bitcoin and Ethereum.

ECDSA has become the gold standard in creating keys under the public key cryptographic system that is used to sign for transactions in most blockchains. This system allows us to create a random 256-bit private key and a deriving public key that we can share with any third party. It is then hardly possible to find the private key that generated the public key, but quantum computers can employ an algorithm to unravel the mathematical relationship between a public key and a private key, thus revealing and compromising the private key.

Bitcoin (BTC) represents the first practical use case of blockchain, and it is still the most dominant cryptocurrency out there. The fact that Bitcoin has gone mainstream and attracted many institutional investors makes it the first candidate among digital currencies to be protected against any potential threats, including quantum computers.&nbsp;

In 2017, while Bitcoin was exploding to its record high, Divesh Aggarwal of the National University of Singapore and his colleagues studied the threat to Bitcoin posed by quantum computers. They were among the first to conclude that the danger is imminent.

&ldquo;The elliptic curve signature scheme used by Bitcoin is much more at risk and could be completely broken by a quantum computer as early as 2027,&rdquo; the authors&nbsp;said.

Nevertheless, it seems that quantum technologies are expanding at a faster rate than previously expected. Recently, Google announced that it had achieved &ldquo;quantum supremacy,&rdquo; suggesting that it had built a computer able to solve mathematical tasks that were previously impossible to tackle.

There are projects that have already implemented the second approach. The best example is the&nbsp;Quantum Resistant Ledger (QRL), which is operated by the Swiss-based nonprofit QRL Foundation. With its suggestive name, QRL has created a blockchain protocol from zero. QRL is designed to resist any threats from quantum computers.

The QRL blockchain, whose proof-of-work mainnet went live in June of last year, is the first industrial implementation of the so-called eXtended Merkle Signature Scheme (XMSS) &mdash; a hash-based signature scheme that is not vulnerable to quantum computers the way ECDSA is. While XMSS was first proposed a few years ago, QRL used an XMSS version&nbsp;described by the Internet Engineering Task Force last year.

Currently, the U.S. National Institute of Standards and Technology (NIST) has a draft approval of XMSS, the hash-based signature scheme used in QRL.&nbsp;

Unlike common cryptographic algorithms like ECDSA, algorithms such as XMSS and a similar hash-based signature scheme called Leighton-Micali (LMS) are way more advanced thanks to its capabilities to resist quantum computer attacks. However, the NIST explained that both XMSS and LMS were prone to misuse and required a few modifications to address the issues.&nbsp;

The track to approve the hash-based signature schemes of XMSS and LMS is separate from NIST&rsquo;s more general call for post-quantum signature schemes, which will conclude at a much later date, possibly 2022 or later.&nbsp;

The large competition initiated by the NIST has received more than 80 submissions so far. The goal of the competition is to select the best post-quantum cryptographic algorithm.

Interestingly, the U.S. National Security Agency also expressed its readiness to benefit from the NIST submission.

Back in 2015, the NSA&nbsp;said that it planned to move its National Security Systems to post-quantum public key cryptography. In the past few years, the U.S. agency has collaborated with industry leaders to make sure that it has enough quantum-resistant algorithms ready to protect the security systems of the U.S.

As of today, there are only a handful of entities working on quantum-resistant blockchains, and the trend is expected to expand in the following years.

Will Bitcoin have to update its infrastructure to become quantum resistant?

While quantum computers are not a threat to Bitcoin at the moment, the oldest cryptocurrency might need an upgrade in the future.

Bitcoin uses two security schemes, the hashing function used in the block creation and the ECDSA algorithm used for signatures. The latter is more vulnerable to risks posed by quantum computers, and it might require an additional layer of protection in the future.

Back in 2017, Andreas Antonopoulos said that we should be ready for a major upgrade in Bitcoin when it becomes clear that quantum computers can break the elliptic curve. Nevertheless, it would be reasonable to consider upgrading before the first signs of potential threats show up.