Now, right on time after the most crucial events in the bitcoin crypto currency history experts and Wall Street analytics try to make their predictions considering the near and the far future of the coin and the changes in its price form the fiat currency perspective. 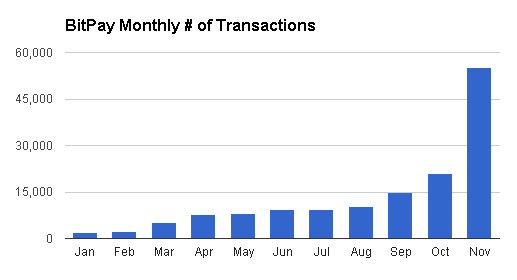 The first loud signal that actually can be called an alarm has come from an experienced skeptic - Business Insider’s Joe Weisenthal, who has written in his twitter account: “In case you weren't around yesterday, I capitulated on Bitcoin” and gave a link on his article. He says that some time ago he considered the currency as a joke or “at best a currency for clowns”. Still he says that he is unsure what to predict for the future of the environment and a whole society of users.

Just now the amount of mined coins is 12 million (with 21 million limit set by the developer or group of developers calling himself or themselves Satoshi Nakamoto). The price for the coin is not the all-time best, but also the highest among other existing digital and virtual crypto currencies. David Weidner in his article still sees that the activity and enthusiasm around the coin is nothing else than “fool’s gold rush” that will tend to end soon or in a disaster.

The experts from the Walls Street Gil Luria and Aron Turner have a very positive opinion about bitcoin and forecast a brilliant future. Of course, they see the payment system as a changing factor in global economy. The decentralization, liberty, no authority principles make it a successful alternative to physical currencies dominating over the world.

However many people see the current price for a single BTC as temporary value that will be unable to stabilize and will definitely drop. Both experts do not consider this people as experts, but more as skeptics. The more people enter the network the more stability will be gained by the overall system. Especially it can be noted in comparison with fiat currencies as dollars, euros, yens and others. The rise above the price for gold makes the digital coin a real version 2.0 of gold in comparison with e-gold that was a disaster for the developers.

The same experts believe that the demand for coins is still not enough the mining capacity will be unable to cover it in the future years that also will make the price grow many times fold. The price is believed to be equal to 98500 dollars per coin. Still to see this progress the bitcoin environment has to widen, new players, like ordinary users or big companies providing goods and service have to choose butcoin as payment method. Now the situation is following – to stabilize the market has to have more new players, but the players are afraid to enter as the market is still unstable and sees their actions as a medicine. The experts also believe that this hurdle can be overcame by simplifying the rules of the community – easier payments and registration, smaller fees, more guarantees, some more control with no system disturbance can become the success seek by bitcoin during the past five years of its existence.