A question of cases: Bitcoin or bitcoin

A rather interesting question was raised on one of The Wall Street Journal blogs giving cryptography an orthography twist. So, should it be Bitcoin or bitcoin? 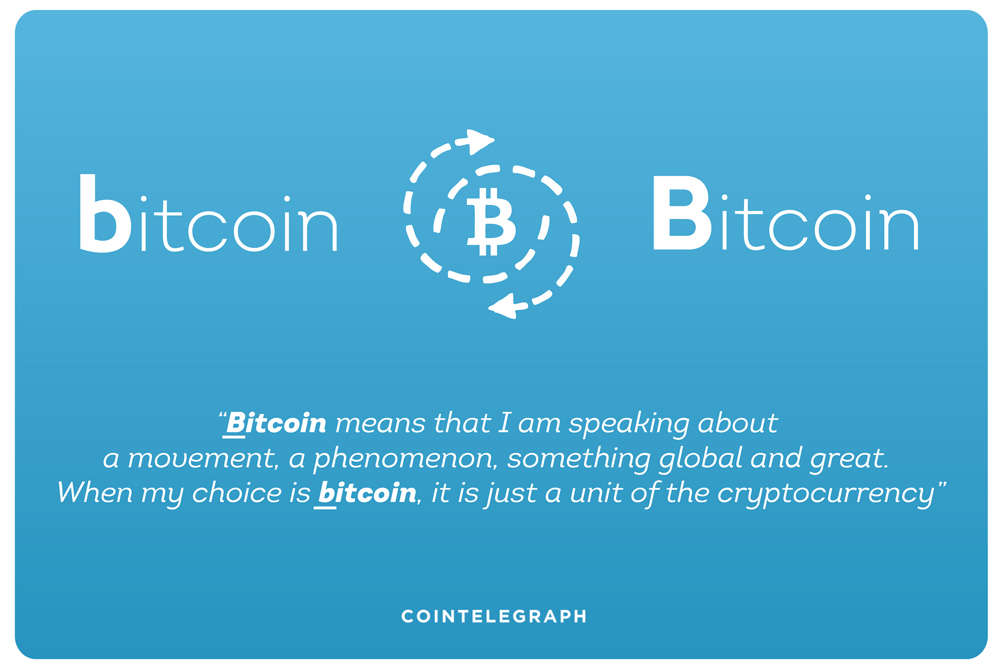 A rather interesting question was raised on one of The Wall Street Journal blogs giving cryptography an orthography twist. So, should it be Bitcoin or bitcoin?

Let me get the facts straight. I am not a Grammar Nazi and, especially looking back at my earlier posts, I will probably never be one. I also have to say that thanks to the autocorrect, you will, hopefully, never know about most of mistakes I make during the text creation but, again, there is always a room for perfection. That is why I try not judge people by the way they write but I do have strong opinions on some of the things they write.

A Candy and A Wrap

Now that we got this out of the system, we can speculate on the upper/lower case for the word “bitcoin”. First of all, I must say that not all of the readers notice the difference. Most will directly suck in the information without giving it more thought.

I, for example, when reading, have a habit of accelerating to a degree when words on their own lose their significance, absorbing sentences as whole. Not saying it is a good way in every case. A novel, written in a marvelous tongue loses half of its charm that way.

However, when it comes to writing an article and, especially, when you are being paid for it, things get a little more complex. One must think both on content and form, lacking either of these components is not the way to go.

Now, speaking of the WSJ blog, I will say at once that I only partly agree with what is implied by author Paul Vigna. For starters, Vigna refreshes the reader’s memory of when the upper- and lower-cases are used. I will not go into much detail in hopes that we do not need a sticky note on when we use the capital letters.

Without much beating around the bush, author quotes Goldman Sachs speculations on this. In short, “Bitcoin” is a concept of currency, “bitcoin” is a token of exchange, similarly to the word “dollar”.

Then, Paul continues with WSJ magistrates’ guidance on the use of the case. The decision was simple, lowercase in every case. That, by both author’s and journal’s opinion is bringing it closer to other currencies like euro, yuan, yen and so on.