Altcoin Tipping on Facebook: Who Needs Likes When There’s Dogecoin?

Some analyses of Dogecoin tippers’ generosity caused a stir this week, but there’s no need for an argument as they can now share the wealth with the entirety of Facebook audience. 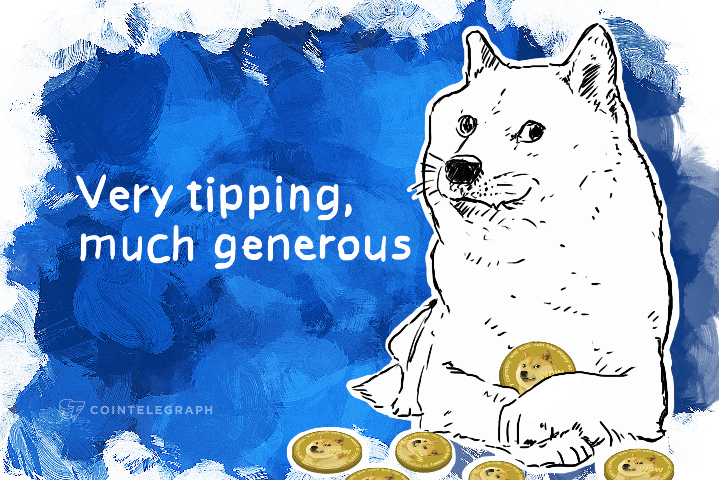 Some analyses of Dogecoin tippers’ generosity caused a stir this week, but there’s no need for an argument. Dogecoin users now potentially have access to 1.25 billion-plus people on Facebook with whom they can share the wealth.

Alejandro Caballero, developer of both the Doge Tipping App and the Multicoin Tipping App announced on Reddit on Thursday that Facebook had approved both.

Facebook users who join those respective groups can now send money along the world’s largest social network. Coins supported include:


“[T]ipping through the apps work from Facebook Groups, but once you joined one of them, you can send tips to every person existing in Facebook, from your friends list or not [...] and we add groups on request,” Caballero wrote. “This way of working is the reason the apps where approved, because they promote social interaction without messing with user's preferences or security.”

This news comes just more than a week after QuickCoin announced it had launched an app for BTC transfers on Facebook.

Facebook’s terms of service explicitly state that payments on the network must go through Facebook Payments; all other payment methods are prohibited:

“By ‘Payment Method’ we mean any method that allows a user to complete a transaction in a game that is on Facebook.com or Mobile Web, including, without limitation, by exchanging monetary value for virtual currency or virtual goods, whether directly at the time of purchase or via any previous transaction such as the user’s earlier purchase of a prepaid gift card or electronic code.”

That said, Facebook appears OK with an altcoin tipping app. And as Michael Carney over at PandoDaily says, this could be big:

“For crypto-currencies to jump the divide between geeky underground technology and mainstream financial instrument, there needs to be greater awareness, easier access, and more utility based applications. At least in concept, Facebook tipping apps would seem to check all three boxes.”