BBC's Interview of Dark Wallet Leads Discontentment Among the Community

BBC Click releases an interview of Dark Wallet developers, a footage that raises much emotions among the community as it is broadly qualified as 'biased' and 'fear mongering drivel.' 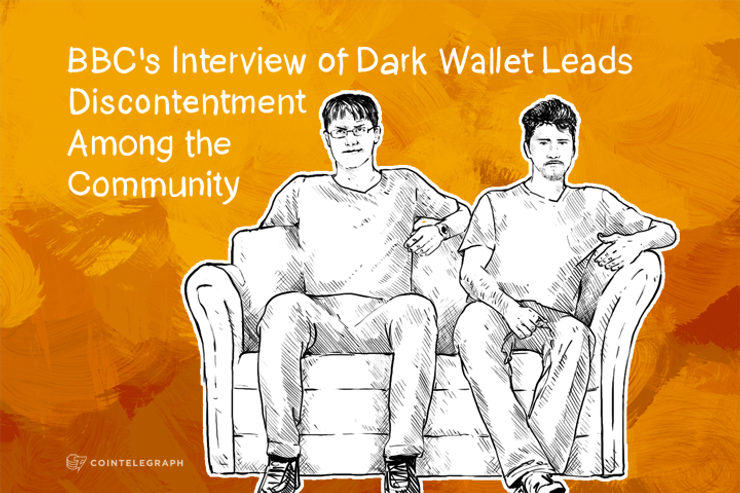 BBC Click releases an interview of Dark Wallet developers, a footage that raises much emotions among the community as it is broadly qualified as 'biased' and 'fear mongering drivel.'

Defined as a tool allowing to "make transactions done with the cryptocurrency Bitcoin almost impossible to trace," Dark Wallet raises the issue of money laundering, as well as terrorism funding, mentioned BBC Click.

In July, the Islamic State allegedly published a blog post stating the Sunni jihadist group supported both Bitcoin and Dark Wallet, tools that it noted would allow Muslims from across the globe to donate anonymously to the organization.

While the legitimacy of the document is yet to be proven, the television program underlines how the paper provides step-by-step instructions to stay anonymous online, and mentions that governments and banking authorities are "particularly concerned about how the Dark Wallet could be used".

When asked if Taaki would feel confortable knowing that extremists are possibly using his software to help fund their projects, the developer responded:

"Yeah, and in fact I shut down my Twitter account because they were shutting down IS accounts. I don't think trying to censor information is the way to go. You can't stop people using technology because of your personal bias. We stand for free and open systems where anybody can participate, no matter who you are."

Further, the coverage introduced Jamie Bartlett, the author of the Dark Net, who highlighted the importance of "the sort of libertarian fringes of the Bitcoin movement." The author added that while the intentions of both Bitcoin and Dark Wallet were political and followed an "ideological movement" aiming to fight for freedom from scrutiny, the risk for these technologies to end up in the hands of terrorists "may increase the calls for further regulation from governments."

Therefore, the author believes that the "public concern and public opinion about these technologies [would] change dramatically."

The libertarianism ideology underlying Bitcoin is broadly known by its users, if not supported. While the eventually of terrorist groups using these tools could indeed tarnish the image of Bitcoin, the BBC Click coverage was mostly interpreted by the community as a "biased" piece, which "portrayed [developer Amir Taaki] as a terrorist."