Bitcoin growth is outpacing that of the early stage internet by almost 25%; an Estonian Angel List service will utilize Bitcoin's blockchain and more news. 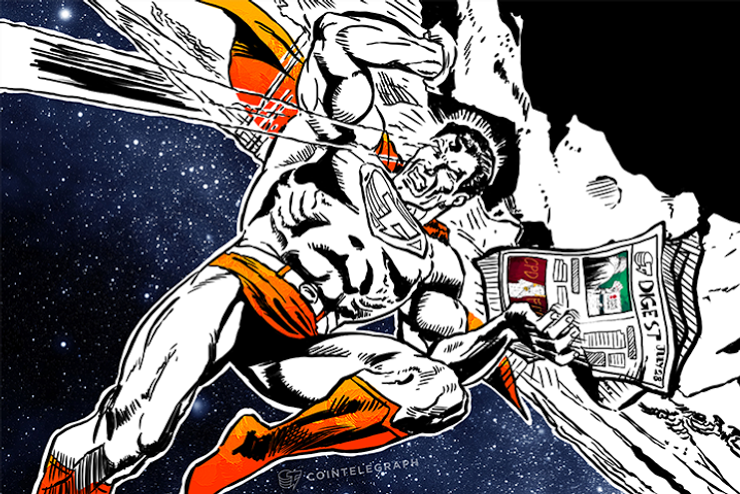 Bitcoin growth is outpacing that of the early stage internet by almost 25%; an Estonian Angel List service will utilize Bitcoin's blockchain to secure its marketplace, and more top stories for July 28.

In terms of investment, Bitcoin growth is outpacing that of the early stage internet by almost 25%, according to the latest figures compiled by IB Times UK. Venture capitalist investment in Bitcoin startups is projected to be US$786 million in 2015, compared with US$639 million in internet companies in 1996. Gathered data also revealed that investment in Bitcoin startups will double year-on-year from 2014.

Funderbeam, an Estonian Angel List-like service allowing investors to find and fund European startups, will utilize Bitcoin's blockchain to secure its marketplace. The company announced that they are adding a new intelligence service, giving investors greater access to data about startups, the market at large, and a marketplace for equity.

“Every syndicate is paired with a microfund that owns actual stakes in startups. So when syndicate members want to trade all or parts of their holdings, they’ll trade digital stakes in that microfund. These rights are represented by digital tokens (colored coins) on the bitcoin blockchain.”

Bank Saint-Petersburg has refused to pay a ransom to hackers who stole the account information of over 300,000 clients. In a seemingly increasingly popular trend, the cyber criminals offered to remain silent for 29 million rubles (~US$500,000) payable in bitcoin. The bank, however, said that the stolen information is not sufficient to cause any real damage to the bank or its clients.

According to the bank:

“Specialists studied the situation and determined that the data obtained by the hackers is not critical for clients and cannot be used to carry out fraudulent operations […] As a result, it was decided not to block their access to this information and wait until the authorities can find evidence that would allow them to apprehend the criminals in the future.”

Accenture: Blockchains Must Move Beyond Bitcoin

The idea that Bitcoin's blockchain technology can somehow be divorced from bitcoin the currency has been subject of debate for some time, and was again the focus of a new article written by directors at technology consulting firm Accenture. Accenture's Owen Jeff and Sigrid Seibold asserted that due to the high cost of paying for transactions that require anonymous consensus, blockchains need to evolve beyond the need for a native token.

“To be used by financial institutions, including capital markets firms and insurers, blockchains must supplant the costly methods introduced by bitcoin with a mechanism that guarantees security, privacy and speed without paying for anonymous consensus.”

Xapo CEO Wences Casares has taken legal action against online identity firm LifeLock. This is in response to a suit filed by LifeLock, which alleged contract violations against Casares and several Xapo employees.

The cross-complaint filed by Casares states:

“LifeLock's highly dysfunctional management proved itself to be adept at corporate infighting and bureaucracy, and ultimately unwilling to support the innovative Lemon team that it had acquired, or to permit that team to be led by Casares without interference.”

Libertarian candidate Gary Johnson has become the second presidential candidate accepting bitcoin. He is accepting the cryptographic currency for his “Fair Debates” lawsuit against the CPD and FCC for barring potential third party competitors to take part in presidential debates.

“Now you can use Bitcoin to help us change the game! — A publicity campaign to let ALL the people know: the ‘official debates’ have been monopolized by the two parties who have exclusively occupied the stage for the past twenty years.”