Last week, CNBC reported that investors should be looking into two assets to avoid US economic uncertainty and financial instability: overseas equities and digital gold bitcoin. 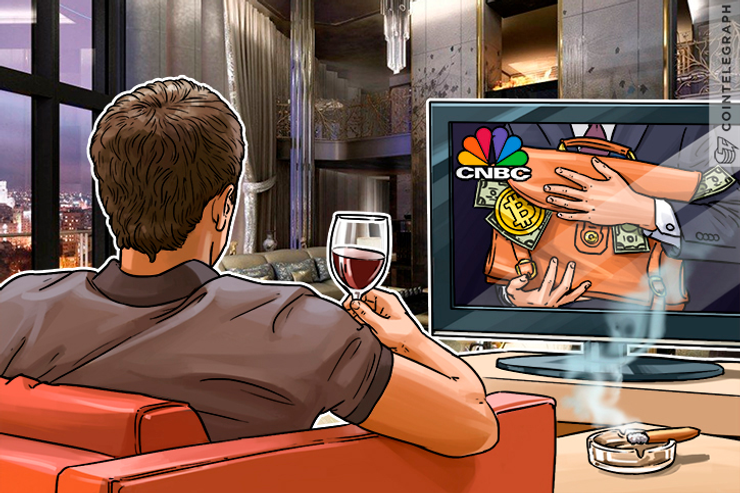 Last week, CNBC reported that investors should be looking into two assets to avoid US economic uncertainty and financial instability: overseas equities and digital gold Bitcoin.

At CNBC’s Trading Nation, Boris Schlossberg of BK Asset Management emphasized the importance of maintaining Bitcoin in a portfolio as a mandatory asset to hedge against an inevitable global economic struggle.

“Even after bitcoin's 92 percent rally so far this year, it's holding at very steady highs right now, and typically when you have a big move — whether it be any kind of instrument — generally you're going to have some continuation. It's clearly signaling more demand. So I like that as a hedge play going forward.”

Fiat money, stocks, bonds and other types of conventional assets, currencies and stores of value are heavily affected by the global economy and market performance. For instance, the emergence of impeachment talks led by the Democratic Party against current US President Donald Trump almost immediately led to a 700-point decline in major US stock markets, as Cointelegraph previously explained.

On May 18, Cointelegraph revealed that Bitcoin price surged past $1,820 amidst the economic uncertainty of the US caused by troubles surrounding the Trump administration. On a 24-hour basis, Bitcoin price demonstrated an increase of seven percent.

At the time, Evercore ISI Executive Dennis DeBusschere explained that investors were fearing of economic turmoil due to political uncertainty. Although foreign equities could be viable assets to hedge against economic instability, its low liquidity and poor transportability make them impractical. In the contrary, Bitcoin, which demonstrates a substantially higher level of liquidity and transportability, can be traded at ease amid economic instability.

“What has been setting in over the course of the day is that political uncertainty is something that’s likely going to be with us for a significant amount of time. We may be looking at a higher volatility backdrop with a trending lower market for the next couple of months.”

Lack of overseas regulation on Bitcoin

However, despite raising an important discussion point in regard to the rising adoption of Bitcoin as a safe haven asset, CNBC placed an emphasis on the rejection of the Winklevoss twins’ Bitcoin ETF COIN earlier this year, even though the market has completely recovered from the SEC’s decision after the realization that Bitcoin investors do not require another layer of regulatory intermediary to facilitate the trading of Bitcoin.

More importantly, at the time, the SEC outlined that the lack of overseas regulation on Bitcoin was the reason for its rejection when it clearly wasn’t the case. Countries including China, Japan, the Philippines and South Korea have tighter Know Your Customer (KYC) and Anti-Money Laundering (AML) policies set in place.

“Bitcoin, prone to frequent fickle swings in value given its unregulated nature, has soared to all-time highs this year as the currency has become more widely accepted as a form of payment. Still, the Securities and Exchange Commission earlier this year rejected a proposed bitcoin exchange-traded fund,” CNBC Associate Producer Rebecca Ungarino noted.

Related News
Binance KYC Breach — Did It Happen, and If So, Who’s to Blame?
New Platform Lets Users Trade Crypto and Gold in Personal IRA
Bitcoin Trading Volumes More than Doubled in a Week Says Report
CME’s Options on Bitcoin Futures Pass Regulatory Approval and Go Live
Bitcoin Options, Explained
CME's Futures Options Sprinted Out of the Gate but a Marathon Lies Ahead
<div is="sidebar" :sidebar-data="{"promoButtonsI18n":{"crypto-button":{"url":"crypto.btn.sidebar.url","label":"Get Crypto At True Cost\n","text":"Cryptoassets are complex instruments and investments carry a high risk of losing value. You should educate yourself in how crypto-markets work before making any investments. Always invest responsibly and be prepared for the risks associated with investing in or using cryptoassets. This promotion cannot be considered investment advice."},"etoro-button":{"url":"https:\/\/ad.doubleclick.net\/ddm\/clk\/437480595;240556498;x","label":"Try Etoro","text":"Trade on the world’s leading social trading platform (Highly volatile investment product. Your capital is at risk)"},"hitbtc-button":{"url":"https:\/\/hitbtc.com\/?ref_id=5cba0be404aa3","label":"BEST LIQUIDITY ON HITBTC","text":"Note that all trading strategies are to be used at your own risk. Before trading, we recommend to make sure that you have a clear understanding of cryptocurrencies and how they are traded."},"changelly-button":{"url":"https:\/\/changelly.com?utm_source=cointelegraph&utm_medium=referral&utm_campaign=changellyctengbutton&ref_id=le9ssi8dgmskmqu0","label":"BEST RATES ON CHANGELLY","text":"This is to note that you should realize all crypto trading risks. Please make sure that you understand how crypto exchange service works."},"nexo-button":{"url":"https:\/\/nexo.io\/?utm_source=cointelegraph&utm_medium=fixed&utm_term=content&utm_content=crypto_banking_account&utm_campaign=nexoeverywhere","label":"CRYPTO BANKING ACCOUNT","text&quo