A new draft Civil Code can change the way Bitcoin is viewed in Chinese law and give it tangible value. 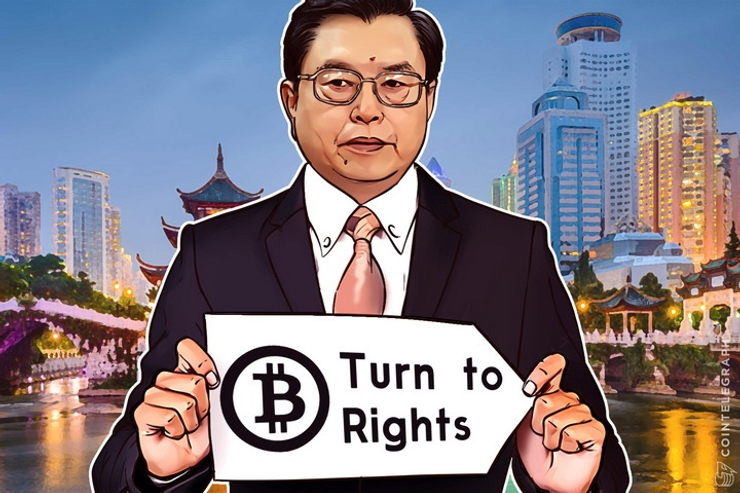 In what could be a second revolution for China, Bitcoin, as well as other cryptocurrencies, online gaming tokens and other data-based information could establish itself as ‘Civil Rights’ Objects in this far eastern country.

The new civil code which is contained in the upcoming General Provisions Draft would give Chinese citizens recourse to legal remedy in case their Bitcoin or other digital assets are stolen This is similar to current legal options and is applicable to personal information being leaked, hacked or stolen.

The General Provisions Draft was made public on the 12th National People’s Congress in Beijing on June 27, 2016.

"The general principles of the civil law emphasize equality and justice, reflecting and guiding our Chinese national spirit, social core value and morality. The principles meet the needs of the market system. The priorities for improving the legal system in modern times is to protect people's civil rights, including individuals' freedom and dignity."

Bitcoin.com reported that as per China’s Civil Law private property is defined as legal income, real estate, deposits, livelihood applicances, historical relics, books and materials, forests and woods, livelistock, and other means of production granted by laws and other legal properties.

The problem in China is that until recently there has been no clarity on non-tangible goods, but lately these items have started becoming assets for Chinese and other citizens as well.

Bitcoin is certainly one of those assets which takes this sort of form. It is important to note that in 2013 The People’s Bank of China (PBOC), China’s central bank and associated five ministeries, issued a statement titled ‘The Notification on Preventing Bitcoin Risk’.

“It is required that, at this stage, financial and payment institutions may not use Bitcoin pricing for products or services, may not buy or sell Bitcoins, may not act as a central counterparty in Bitcoin trading, may not offer insurance products associated with Bitcoin, may not provide direct or indirect Bitcoin-related services to customers, including: registering, trading, settling, clearing or other services; accepting Bitcoin or the use of Bitcoin as a clearing tool; trading Bitcoin with CNY or foreign currencies; storing, escrowing, and mortgaging in Bitcoin; issuing Bitcoin-related financial products, and using Bitcoin as a means of investment for trusts and funds.”

However, this statement in its full form did not shed any clarity on the official position of the Chinese government and China remains a place where Bitcoin can be used but Chinese miners have also come to dominate the Bitcoin scene.

Since the new code has not come into force, the status quo remains but in future it is likely that Bitcoin will become a legal entity of sorts in China.

Article 104 of the draft which is under consideration says that objects including immovables and movables, specific rights or virtual properties which are defined as ‘property rights objects’ by law shall be treated accordingly.

The new General Provisions Draft will enable Bitcoin holders to pursue legal channels in case of loss of ‘property’ in the same way as the theft of tangible goods is pursued. This means that while the virtual currency may not be treated as legal tender, it will be assigned the role of a valuable by law and citizens will have some recourse.

There are some issues that have not still been addressed by the General Provisions Draft, such as whether the value of stolen property would be calculated from when it was stolen or when it was recovered. Other minor issues like valuations among different exchanges etc have also not been addressed.

In the end it can be said that Bitcoin will have some legal standing in China if the new draft does become enacted into a civil code.