There are tons of examples of fraud, misrepresentation and outright business failures in the five-year history of the Bitcoin economy. 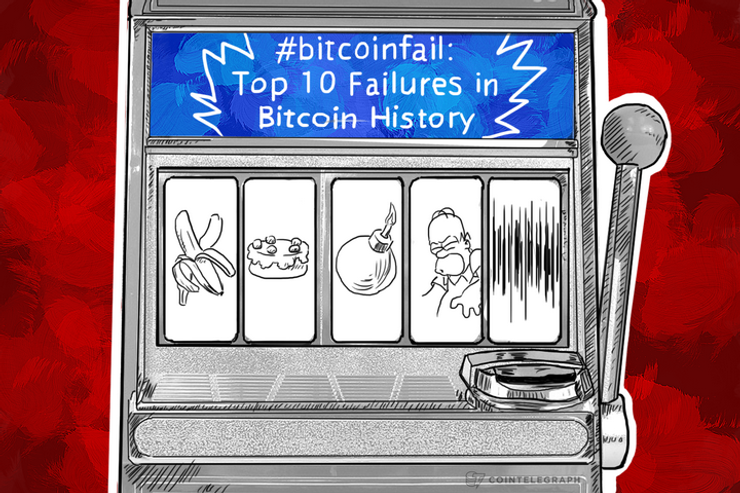 We started doing a little research last week to build a historical perspective for the Bitcoin community as it exists today, and in that spirit we wanted to take a look at some of the more spectacular scams, failures mess-ups that involve Bitcoin.

However, we felt the previous list was a bit superficial and based on the responses we received, we decided to expand our list and present a more in-depth analysis of each case.

And really, we could go further than 10. There are tons of examples of fraud, misrepresentation and outright business failures in the five-year history of the Bitcoin economy. Note, too, that we aren’t going to include Silk Road’s bust as a fail because an online black market is kind of doomed from the beginning.

The biggest fail of them all. Mark Karpeles’ Tokyo-based exchange started in 2010 and by 2013 was handling upward of 70% of all Bitcoin transactions. In February of this year, Mt. Gox suspended all trading activity after months of rumors and speculation that something was wrong. Mt. Gox officials said trading was suspended because some 850,000 BTC had gone “missing,” though about 200,000 BTC were later “found.”

Whether mismanagement, hackers, fraud, or some combination of the three is to blame remains a matter of intense speculation. At the time of writing, 650,000 BTC are unaccounted for, and the company has filed for bankruptcy protection.

In July 2013, Bitcoin Savings and Trust was exposed as a Ponzi scheme, and one that swindled hundreds of thousands of bitcoins from users (high-end estimates go up to 700,000) by promising 7% weekly re