BurnerCoin in race to become symbol of motorsport industry

Cryptocurrency and motorsport have had a solid relationship from the outset, but now a new altcoin is set to become the emblem of the industry. 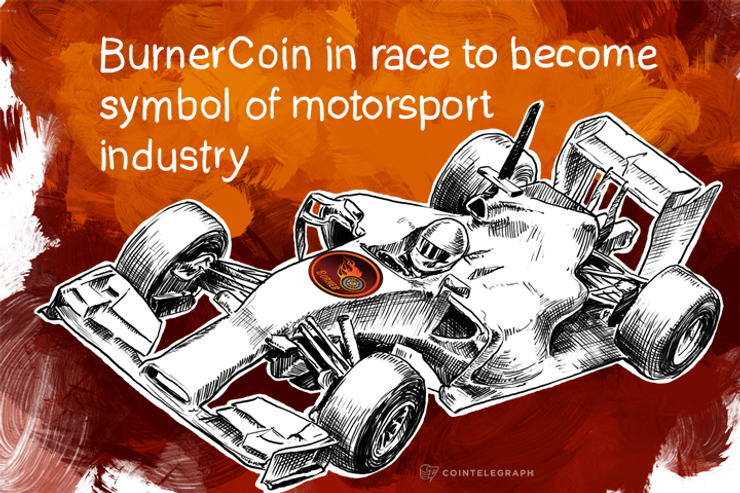 Cryptocurrency and motorsport have had a solid relationship from the outset, but now a new altcoin is set to become the emblem of the industry.

BurnerCoin has already got off to a speedy start. Just one week after its creation, the developer is “hitting the ground running” with considerable publicity and is already backed by an excited community, a spokesman for BurnerCoin’s promotion told Cointelegraph.

The coin is designed to serve the needs of the motor industry, from Formula One and NASCAR to merchandise sales to classic car hire. “All of that commerce can be fueled by extraordinary discounts because of the potential savings to merchants,” says a press release issued Wednesday in support of its release.

Developers are keen to highlight the financial advantages of accepting BurnerCoin over traditional payment methods, as well as the security provided by its proof-of-stake algorithm. Another alluring feature is BurnerCoin’s consumer appeal by offering 5% dividends annually to holders of coins. “Those who enjoy cars and racing will find this unique currency especially useful and profitable,” the press release continues.

Motorsport has enjoyed continued popularity over the past few years. BurnerCoin points out that NASCAR in particular is defying economic trends and is thus a market in which it would be especially welcome. “NASCAR fans – which number approximately 75 million or one in three Americans – buy more than $2 billion in licensed NASCAR merchandise every year,” it states.

Many of the fans come predisposed to cryptocurrency, following Dogecoin’s pioneering sponsorship of NASCAR driver Josh Wise’s vehicle earlier this year. As such, it is certainly within the realms of possibility that BurnerCoin will seek to become something of an industry trademark, with DOGE’s apt illustration of a significant gap in the market.

Following completion of the proof-of-work phase after 13,000 blocks, there will be a total of 2.2 million burnercoins in circulation.

In the meantime, more information can be found on the official website here.