Disrupting the status quo and providing new opportunities to musicians is made possible with Viberate’s upcoming Vibe tokens. 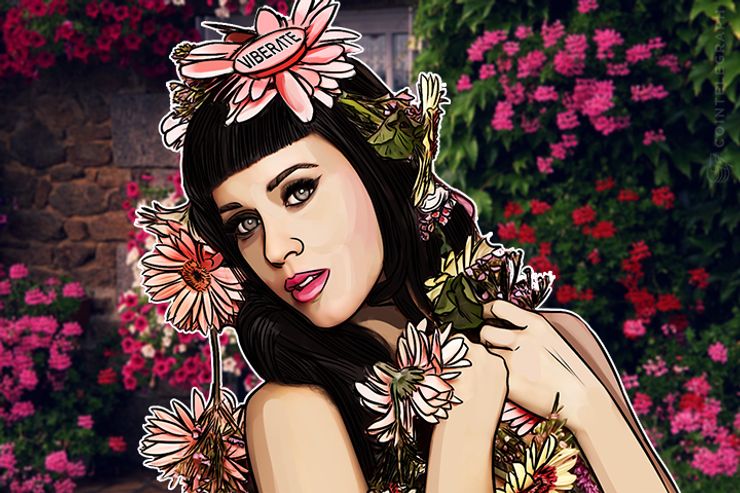 Viberate is a music service that is already providing valuable information regarding the music industry. They host profiles of 120,000 musicians and have launched venue profiles with 50,000 entries and event profiles with more than 210,000 entries.

With the Viberate ICO just around the corner (starting on Sept. 5), they plan to use their soon to be launched token ‘Vibe’ to good use.

The idea is to be a disrupting force that creates a micro economy which benefits all players in the music industry, particularly on the live music side.

Why the music industry is ripe for disruption

At the core of Viberate’s plans is the Vibe token, and they want it to be a highly functional and effective way of creating a new ecosystem. Viberate will encourage Vibe to be the factor that helps match musicians with event organisers. It will ensure fair play in the system, as the Blockchain-based system will secure fair payment to the performers due to the use of smart contract technology.

It will also help venue owners, as they can be assured that performers stick to the terms of their hiring. Music fans too will gain from Vibe, as contributors on Viberate will be paid for their work on the database in the digital currency.

In a press release made available to Cointelegraph, Charlie Shrem, founding member of Bitcoin Foundation and Adviser to the Viberate team, says that regarding disruption of traditional industries which have been dominated by run-of-the mill and ‘plainly boring companies’, the “Music industry is one of them. And this is where Viberate comes into play.”

A YouTube video put out by Viberate lays out their vision regards the music industry in detail.

We asked Vasja Veber, COO of Viberate, if the music industry was ripe for disruption and he remarked:

“Booking artists have stayed the same for decades, and the consolidation along with the gap between superstars and everyone else is now too big. It's harder than ever to stand out, no matter how talented you are, and Viberate wants to give everyone an equal opportunity to showcase their talent.”

Viberate has the platform to empower musicians

Since Viberate already has a lot going under one roof in the form of profiles of artists, venues and events, plus information about stats, recent content and performance dates, it makes sense to go one step further.

“Vibe will connect the dots and allow them to interact with each other: event organizers will book artists, fans will contribute content to the platform and earn Vibes, while venues and promoters will have a chance to sell tickets on the Blockchain.”

An existing platform acts as a force multiplier, Viberate will act as both musician’s agent as well as promoter. On the other hand, for event organisers Viberate is a boon because they get a tool for picking talent and exploring the social media stats of artists that Viberate already has in place and analyses. As Matej Gregorčič, CEO and cofounder explains,”That is how they will be able to book the next star for Saturday night.”

Adoption is the key

Technological adoption takes time, but it also takes effort. Viberate have earmarked 20 percent of their fund distribution post-ICO for marketing, sales and PR, to effectively get the word out.

These efforts can yield significant results so that adoption and use of Vibe tokens increases.

One of the barriers in adoption of new technology is a lack of technological proficiency, but that does not seem to be a big barrier in the music industry as Veber reasons

“You need to be technically proficient in order to be a serious musician nowadays. Production is mostly digital and even if you play drums, you have to have a certain degree of computer knowledge. However, the Blockchain technology is in its early phases, so we are aware that things don't change overnight and that we will need to educate users before they switch to our side completely.”

Touching on their marketing strategy he says, “That is why we are assigning a big chunk of the funds we will raise to marketing and awareness campaigns.”

DJ Umek, co-founder of Viberate and a celebrity ambassador talking about his encounter with cryptocurrencies, said in a Viberate press release, ““I was offered to be paid in Bitcoin when the price was $60 and I said no. That was a big mistake,” He adds, “But it will

take some faith and time. First, small groups and garage bands will adopt it and later also the big stars will come aboard.”

From fans to facilitators

Viberate are working on making a new marketplace and a new economy in live music a reality. While they have already successfully raised funding and will be launching the ICO soon, they are also now reaping the results of their hard work.

We asked Veber what truly excites him about Viberate, and he had this to say:

“Every day the first thing we all do when we come to the office is check which superstar claimed their profile. All of the sudden we are not only fans anymore, we get to talk to superstars directly. Just yesterday I had a conversation with a Grammy award winner, who said she would like to help promote the platform, because she likes it so much. And this is not something that happens to everyone at their work.”

Fruition of the project is happening now and that is what very few other startups can claim. Perhaps this is one of the few things that sets Viberate apart from the others.

Disruption is now an ongoing process, and as the COO of Viberate puts it:

“Finally we are disrupting the industry we've been working in for so long. We are first and foremost solving problems we encountered when working as event organizers and artist managers, and we are excited to see that the industry is accepting our solutions.”

Related News
Crypto Market Trading — Inside Look From Those Earning a Living Off It
New Platform Lets Users Trade Crypto and Gold in Personal IRA
Amid Rising Adoption, Funding for Blockchain Startups Dries Up
‘Grams Are Not Investment’ Says Telegram, Subtly Denying SEC Jurisdiction
US SEC Warns Investors That IEOs May Be Breaking Securities Law
Crypto Winter to Spring: Key Factors That Brought Bitcoin Back to Life
Editor’s Choice