Collectible William Shatner Figurines Have Now Been Authenticated on Ethereum

According to its website, Mattereum “has the tools to make physical goods flow around the world as easily as information using Ethereum blockchain smart contracts.” The company’s first client is Third Millenia Inc. (which works on the authentication of real-world items), co-founded by actor William Shatner of Star Trek fame. Amongst the first digitized objects were several signed Captain Kirk action figures. They’re worth a lot of money! 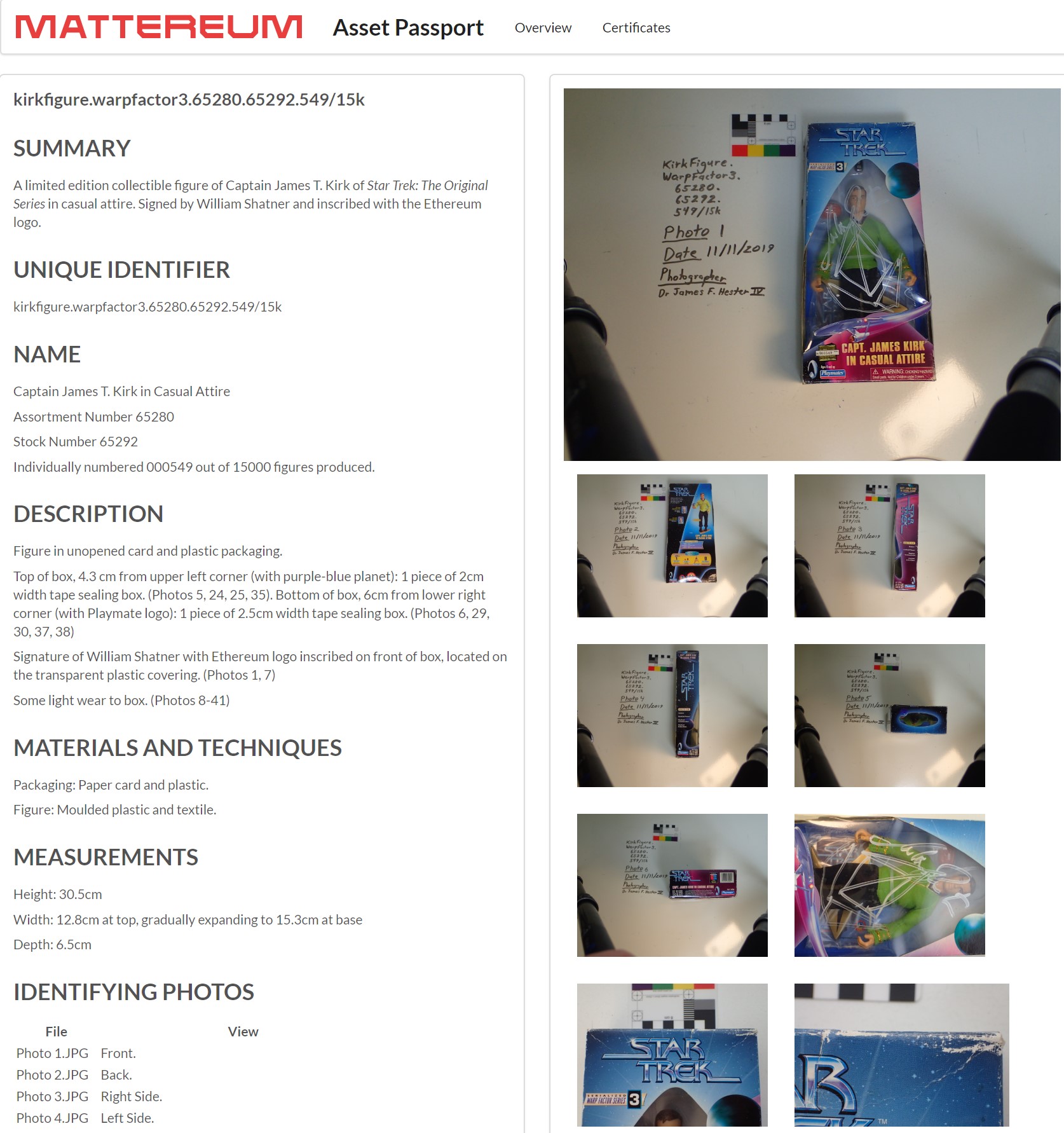 A Mattereum Asset Passport for a Captain Kirk Action Figure.

As you might imagine, this project goes beyond sci-fi collectibles. In its whitepaper, the company claimed that one of its first on-chain objects would be a $9,000,000 Stradivarius violin. It wrote: “The governing committee for the instrument [violin] will have legal decision-making powers over the instrument [violin], protecting and curating it on behalf of the token holders and posterity, in accordance with a written constitution.”

Among the other items that have been digitized are a WWI rifle cartridge and a bottle of 1931 Vintage Wine. To our inquiry about the violin, the team responded:

“We have the relationships, we've accumulated most of the savvy, we are clear on the business model, but a 325-year-old instrument in the hands of a century-old dealer is not coming on-chain two weeks after the launch of the pilot set of assets.”

In this present pilot stage, the team is focused on digitizing and authenticating more modest items that belong to team members, or to its first client.

It remains to be seen if blockchain and Star Trek collectibles are a match made in heaven, or if it’s a 23rd century daydream.