The advent of cyptocurrencies is ushering in a new area of human innovation while simultaneously posing a real threat to the traditional monetary controls to which many have grown accustomed. 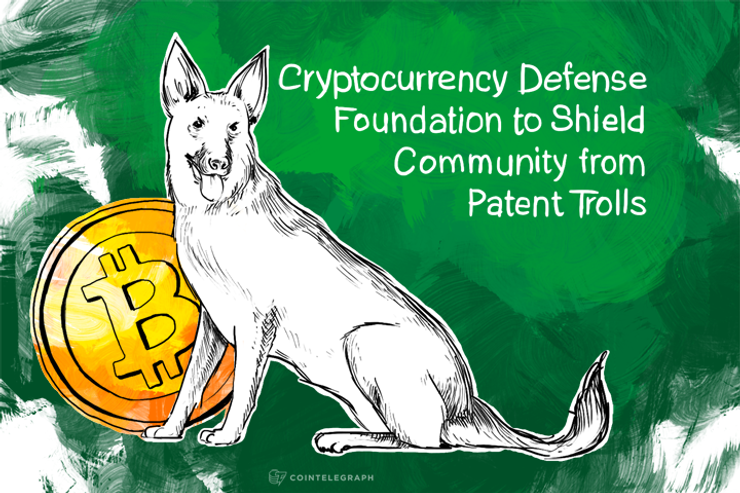 [Editor's Note: An earlier version of this article presented a skeptical viewpoint on the legitimacy of the Cryptocurrency Defense Foundation due to lack of verifiable documentation. We are happy to announce that the Crypto Defense Foundation has been officially registered in the state of Washnigton.]

The advent of cyptocurrencies is ushering in a new area of human innovation while simultaneously posing a real threat to the traditional monetary controls to which many have grown accustomed.

When established power begins to erode, those who hold it predicatively react with all tools at their disposal. The Cryptocurrency Defense Foundation was established to as a means for the crypto currency community to protect itself from patent trolls, frivolous litigation etc.

We hear a lot about Bitcoin and other cryptocurrencies being unregulated. Governments around the world send out dire warnings of the currencies’ unpredictability and the fact that investors have no governmental protections and cryptocurrencies are not bound by the same rules as registered, controlled exchanges.

But whether or not the cryptocurrency itself is regulated at a protocol level, there are many other potential choke points related to cryptocurrencies which can be controlled by intermediary regulators.

One important thing about cryptocurrencies that most people fail to understand is that it cannot survive without supporting infrastructure and a healthy ecosystem. Bitcoin relies on its blockchain, which is stored electronically and transferred the same way. This requires equipment which also require a patent.

Because of the open-source nature of cryptocurrencies, many developers never patent their inventions. Corporations, especially American corporations, have been using patent laws as cudgels against anyone they perceive as competition. The energy industry buys up energy efficient inventions and puts them in the company safe, preventing anyone from marketing the devices and threatening their bottom line. But a troubling trend seems to be developing where corporations seem to be doing the same thing with cryptocurrencies.

In May of 2014 Western Union filed a patent for an “Alternative value exchange systems and methods,” which would open the door to the largest money transfer system in the world being able to accept Bitcoin. The thing is that a transfer of any size when using Bitcoin has only a fraction of a penny’s cost, while a transfer through a company like Western Union typically cost several percent of the total sum. Cryptocurrencies like Bitcoin are a huge threat to the profit margin of legacy companies like Western Union.

Many community members suspect that the above step is just a strategic move to get their foot in the door. The next step will be to buy patent rights from someone covering a certain technology or service. As a result, this could hamper innovation in the given market and exclude anyone from development sans the patent-holding company. The bottom line is that, under the law, if they own the patent, they get to say who and how it can be used.

But not everyone is whistling in the dark about this very real problem. The Cryptocurrency Defense Foundation was designed as a cryptocurrency patent aggregator to protect these patents when problems arise, as they inevitably will. Their stated goal is to “make the cost of suppressing Bitcoin with patents many times larger than the benefit of doing so.”

“Our goal is to make the cost of suppressing bitcoin with patents many times larger than the benefit of doing so.”

The task promises to be a Herculean one because some of the largest companies on earth are beginning to look into cryptocurrencies and there is little doubt that many will see a weak spot and seek to exploit the system.

According to the CCDF’s website, the mission statement reads:

“The Cryptocurrency Defense Foundation is a defensive patent aggregator which acquires cryptocurrency related patents and licenses them openly to all those who agree to not enforce their patents against other members of the community.”

But more importantly the Cryptocurrency Defense Fund serves to “materially support truly innovative inventors to develop their technologies and pursue patent protection for the betterment of the crypto-economy as well as help them to modestly profit from the adoption of their technology in the marketplace.” Finally they assist members who are being sued for patent infringement similarly to the legal service recently rolled out by the Bitcoin Foundation.

The four major areas of support for Bitcoiners according to the Foundation include:

Reed Jessen, Defense Fund spokesperson, told Cointelegraph that the protection of these patents was vital to the survival of cryptocurrencies. If they are allowed to be locked down by the Patent Protection Act it will be the effective end of cryptocurrencies as we know them today.

Organizations like this embody the community spirit that Bitcoin was founded upon and it is tools like this which will make the crypto-economy strong for years and decades to come.