Crypviser announced that they would be moving to Bitshare Blockchain. ICOs are now exploring other viable alternatives? 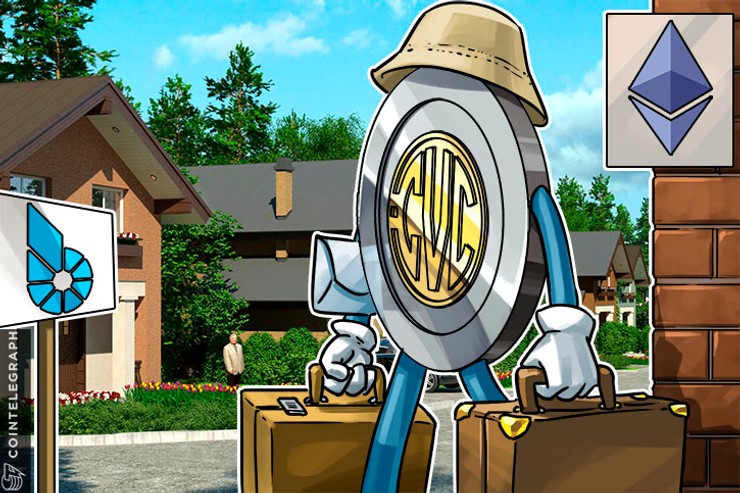 Crypviser describes itself as a “disruptive, encrypted all-in-one network for social and business communication.” An initial coin offering (ICO) in which their CVCoin tokens are put up for sale is still running having raised $3.3 mln at this point. The ICO campaign will conclude today at 22.00 UTC.

Crypviser plans to list CVCoins on public markets at the initial rate of 0.99 EUR for each CVCoin token. The proposed purpose of the token is to use them to cover the charges of Blockchain transactions for their payments system, as well as for using them for authentication purposes for their messenger.

In the last week of the recently concluded ICO, Crypviser, through a Facebook post, announced that they would be moving away from the Ethereum network due to the problems experienced on the Ethereum Blockchain.

“Crypviser concerns about recent problems within Ethereum network and sees the current situation as unreliable and business critical for our project. The speed of transactions for the authentication system is too important to be disregarded.” They further elaborated that since their application would be used by millions of clients globally they would to bring “superb quality solutions to the market” and one of the crucial factors for them was “maximum speed of transactions.”

Ethereum network speed issues have been coming in the way of many ICOs that have based themselves on its Blockchain. We talked with Jon Holmquist, founder of PRX, which is the first and an experimental ICO on the Ripple Blockchain.

Holmquist discussed the alternatives to Ethereum:

“There are a lot of decentralized currency projects out there at this point that are vying to find a solution to an actual problem currently facing the world. One big, current issue, is issuing tokens. ICOs are currently the craze in the crypto space. I wouldn't be too surprised if more networks that allow anyone to distribute assets start pushing for some of the ICO volumes that were historically Ethereum's.”

In another announcement on Facebook, Crypviser announced their intent to carry out a token distribution post-ICO. They will be keeping the capitalization unchanged and will be distributing all unsold CVCoins to investors. It would mean, in lay terms, that investors will be getting yet more CVCoins after the crowdsale is over. It would also make investors on the exchanges the majority stakeholders in Crypviser.

The formula that Crypviser is proposing is K=1+NS/S, where NS represents all unsold coins and S represents sold coins. They are citing an example that implies that if you had 1,000 CVCoins priced at EUR 940 (after a five percent discount), after the ICO you will receive 2,200 CVC instead of 1,000.

CVCoin will be traded on BitShares DEX stocks and are also expected to be traded on Livecoin and C-Cex. According to Crypviser, they are in negotiations currently with Kraken and Bittrex as well.

An alternative in the BitShares Blockchain?

“We have decided to move on with Bitshares blockchain. This platform has already proven its sustainability for tens of projects and is able to proceed up to 100,000 transactions per second. CVCoin tokens are to be issued soon and all Crypviser investors will receive instructions concerning registration within Bitshares network. On July, 7 all the tokens will be distributed among its holders.”

The BitShares Blockchain promises a faster speed and is capable of 100,000 transactions per second. They claim that they can process more transactions each second than Visa and Mastercard combined.

In the case of Crypviser, where the main product is a secure messenger, which requires transactions to be executed faster and in a secure manner, the move away from Ethereum makes sense.

Similarly, other ICOs may require different services from a Blockchain and may adopt a Blockchain that serves their purpose. It is quite clear that the ICO phenomenon is not something limited to Ethereum or unique to them.

As Kumar Gaurav, chairman of the Auxesis Group, says:

“The good thing is that we are at such an early stage that we can have many different Etheruems. Ripple, Lisk, Auxledger, there are many public Blockchain fabrics on the way and they are getting more and more optimized as per the requirements and learning from the failures from the previous public Blockchains. Also, given the political situation, maybe there will be a need for nation-specific Blockchain solutions such as having national ID, budgets, defense, benefit distribution data, etc, and these applications will give birth to specialized chains.”

Gaurav’s Auxesis Group is planning to create 600 nodes of its Auxledger hosted in government data centers which will allow entrepreneurs to create applications on top of it, especially its application where data privacy becomes legal and of national interest.

In the long-run, the move to BitShares will help Crypviser to provide genuine encryption key identification that will stymie any manipulation, interception or man-in-the-middle attacks, effectively providing better privacy and security for their clients.