A crypto collectible game places its nonfungible token in the blockchain auction house in order to help develop a new platform where kids can start their own project.

A decentralized crypto collectible game will help develop an educational online platform where children and teens can start their own project. In order to raise funds, the company will put up a special nonfungible token for the auction 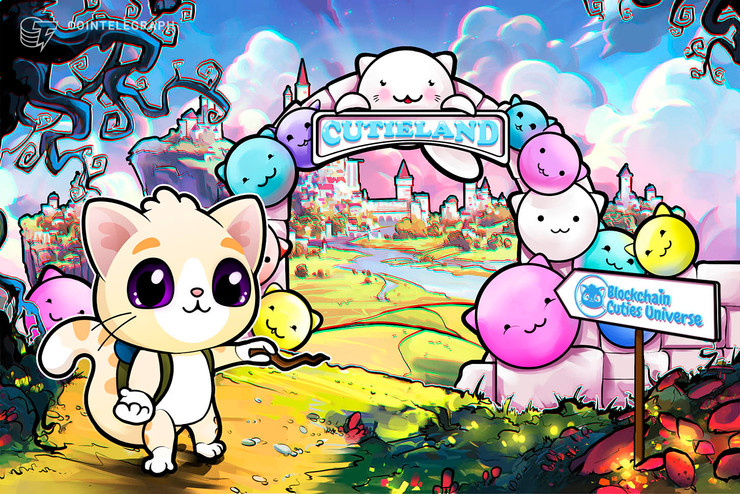 A decentralized crypto collectible game Blockchain Cuties Universe has put its unique digital pet named DartaNyan up for auction, which was specially created for it. The team says that all the raised funds will be spent on an education online platform, where kids and teens can start their own project.

Online education for youth as priority

The sale of a Blockchain Cuties’ character named DartaNyan will be hosted by Auctionity, the blockchain auction house for crypto collectibles, such as gaming items and nonfungible tokens (NFTs). The digital pet will be offered to users during a business event — the Cryptogames Conference — in Minsk, Belarus on April 25, 2019.

The funds raised during the auction will be sent to TeenGuru, a business and tech school for kids and teens, which also has a new project dedicated to young users. They will be able to gain access to programs on entrepreneurship and innovative technologies via the new platform. The founder of the school, Belarus-based Imaguru Startup HUB, hopes that this will help kids to start their own project, acquire entrepreneurial skills and learn about new technologies — including blockchain.

The platform that will host the sale of DartaNyan calls itself the first blockchain-based application for classic English auctions in which users can sell their nonfungible tokens. The company also believes that its technology and smart contracts will help change the auction world.

Blockchain Cuties Universe says DartaNyan is a one-of-a-kind and noble digital pet that has additional power to win more battles and collect more treasures. It is the second nonfungible token that the company is ready to sell for the charity project.

At the beginning of April, the team announced the sale of its official mascot and first-ever digital pet, Koté. Blockchain Cuties says this step is supposed to be the starting point for the transformation of the game. The game will switch from collecting rare and desirable things to a modern, midcore strategy game, in which players can get their own part of Cutieland. There will be more opportunities for using Cuties as well, such as being tested in battles.

The company announced that it will spend 90% of the revenue from the sale of Koté for developing the game and its new formats — including major improvements to graphics and the integration of new features to the game, such as land and warfare. The remaining 10% of the funds raised are dedicated to a charity in the offline world. The money will be publicly transferred to an animal shelter in Latvia.

From digital assets to multi-blockchain

Koté was Blockchain Cuties Universe’s first digital asset, which was released in April 2018. It became a part of the boom of crypto-collectible games caused by the first blockchain game, CryptoPunks, in June 2017. Its developer let users collect, bid and sell digital punks. The next step in blockchain gaming was made by CryptoKitties in November 2017, which created its own market of valuable assets — i.e., crypto cats.

Blockchain Cuties took over by expanding the breeding feature from only kitties to other animals — such as lizards, puppies and bears. Every digital pet is a nonfungible token with a unique genome created by the player, and every asset has its own value in cryptocurrency that depends on its features.

The development of Blockchain Cuties also included enabling the game on different blockchain platforms. Originally launched on Ethereum, Blockchain Cuties Universe started being implemented on EOS in November 2018, becoming “the first game which officially supports two blockchains simultaneously,” according to the startup. In December 2018, Blockchain Cuties added a third platform based on the decentralized protocol Tron. Now, players can breed Ethereum-, EOS- or Tron-based Cuties.