Ethereum Price has surged this week. See what happened

Ethereum price has broken its last year $22 record. What is the reason for such a powerful surge?

What caused the price surge

There are several reasons for the price rally. They arise from the technical analysis and news. One of the major volatility factors is the conference that took place in Sydney, on March 7-9. The event was devoted to the current problems and future opportunities in the crypto industry. As for the technical part of the price rally, Ethereum price has stopped at a key resistance of the $20 point. At that mark, there are key lines ending the entire trend from $5.8. That means that after the wave, started at $5.8 ends, two possible scenarios come into play: either a fall to a long-term wave of the flat at $10 or a new upward impulse of a long-term scale. 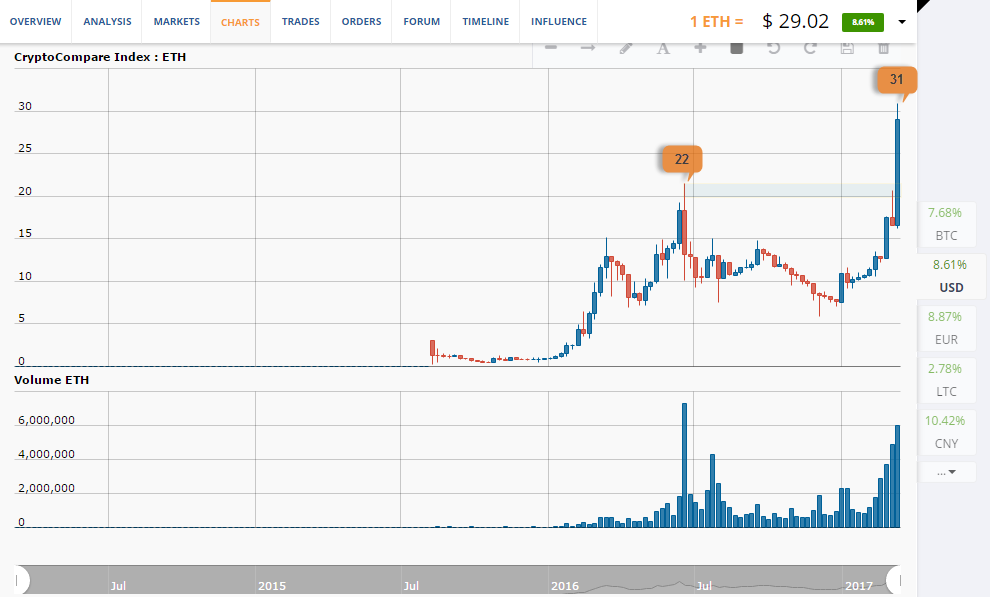 The trend is developing in a long-term structure. That is why if there are no signs of a reversal, Ethereum price is quite likely to continue growing. The maximum rebound level will be at around the $24.9 mark. If there is still a large bull on the market, there will be a new period of growth from that point.

The end of the entire upward trend from $5.8

The subwave of the long-term uptrend has started its development from $5.8 since March 9. That’s why if the trend structure is broken, the entire trend will end. The most likely end-point is a mark near $24.9. In the case of a reversal at that level, it will be followed by a downward correction.

The long-term upward trend of Ethereum Classic has formed a new wave of growth. After a new fall from $1.5 to a downward flat wave, the ETC price has again returned to the upper limit of the $1.2 to $1.5 flat. This time there was fortification and upward reversal, thus the long-term structure has continued as a direct consequence. 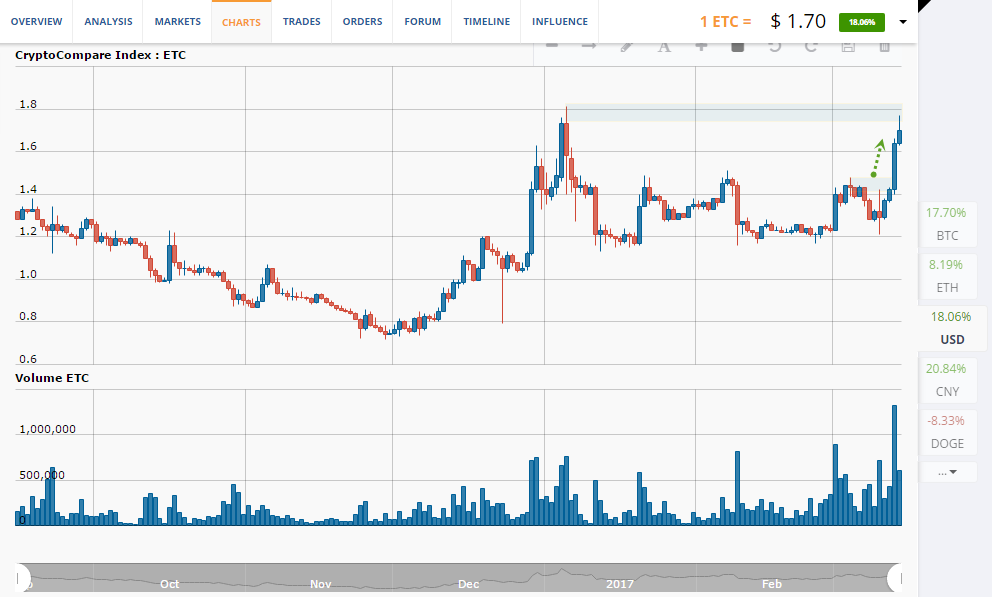 Ethereum Classic price is at a long-term level. That’s why there are two likely turns of events: continuation of growth or reversal towards the downward flat wave on a long-term scale. The lack of a downward reversal at a key level near $1.5 will be indicative of a large buyer on the market. Under such conditions, more powerful growth is highly anticipated.

Reversal of the upward trend from $1.17

If there is no support for the upward trend at the $1.5 mark, a reversal structure is to form. In the case of a downward reversal, the minimal targets will be at the bottom limit of the long-term flat at $1.3.