Former Crypto Lawyer and ICO Advisor Julian Zegelman: Investing in ICOs Is a Risk on Dynamite

A talk with a venture capitalist about advising ICO projects, giving up his legal career and high-risk ratios.

Julian Zegelman, a lawyer with many years of experience, has turned into a VC — he’s now a general partner at TMT Blockchain Fund, a venture capital fund investing in blockchain technology projects.

But why did he end his legal career?

Catherine Ross: I was going to ask you a bunch of legal questions, but you've mentioned that you're not a lawyer anymore. How did that happen?

Julian Zegelman: It's like being a recovering alcoholic, you know? When you've been drinking for a long time, people remember that you used to drink. Personally, I don't drink [Eds: this is just a colorful metaphor]. But you go to the meetings and everyone there says, “Oh, you were an alcoholic.” And I’m not an alcoholic anymore. Leave me alone. I like skiing now.

I used to be a lawyer for a very long time; but in parallel, I was always drawn to business and I was always drawn to the creativity of business, which to me was creating new opportunities. And so, parallel to being a lawyer, I was an entrepreneur. I co-founded four companies: Two of them got acquired, two of them failed. I learned a lot from the failures.

CR: But did you work with the legal side of the crypto/blockchain industry?

JZ: Yes, a lot. Absolutely. That’s how I first got into it.

CR: Great! And my question is, how does a lawyer become a crypto lawyer? Are there any courses or training?

JZ: I think [it involves] meditating to Satoshi’s image.

CR: So, it means I might become one as well!

JZ: Absolutely. But seriously, you touched upon an excellent point. I think being a blockchain lawyer is about the question of what blockchain is — it is securities law, privacy law, contracts, or enforcement.

CR: But since blockchain is a technology, can it be regulated as any other technology is?

JZ: I think you need to have a general understanding of technology and the law for technology, and the ability to learn and adapt quickly. And then, you need to have an underlying, solid foundation in an area of law that is imposed — that's impacted by blockchain. I know criminal lawyers who are blockchain lawyers. They help people when, for example, there is a criminal matter and cryptocurrency is involved.

I know litigators who are blockchain litigators because they’ve done enough cases to understand some unique aspects. A lot of securities lawyers make great blockchain lawyers because now, more and more tokens are regulated as securities.

CT: And what does a regular VC company do in the crypto space? Do they only focus on crypto projects?

JZ: I like the word ‘blockchain.’ And you bring the wonderful distinction, because I like to break the distinction between three separate, but related things, which are blockchain as a technology; tokenization and token economics as a socioeconomic phenomena; and cryptocurrencies —  which everybody is excited about. [But] I haven’t even looked [at the Bitcoin price]. I don’t know what it is today. It could be $30,000 per Bitcoin, for all I care.

The interview has been edited and condensed. To watch a full interview, go here:

CR: Does that mean you focus on blockchain projects? Would that be correct?

JZ: In real-life language, we invest in companies that happen to use blockchain to solve real-life problems. In other words, they've got customers, and customers pay them money — or will pay them money in the foreseeable future — and we bet on the fact that somebody will buy their product.

CR: So, how do you decide in which companies to invest? How do you do your due diligence?

JZ: I’m going to be very contrarian, and very boring, and entirely non-sexy right now. The way we look at it is in a very traditional, boring way.

All flash to Lamborghinis, big conferences, people saying they're going to wipe out the banking system, the government, everybody is going to load into a rocket and Elon Musk is going to take everybody to the moon in exchange for tokens — it's got great entertainment potential, but we don’t invest there.

CR: And all them use ICOs, as a way of fundraising?

JZ: Most of the time, they don’t. And I want to preface this with the fact that we have invested in ICOs and we probably will continue to invest in ICOs. And also, we’ve invested in what we call ‘special situations,’ which is, especially early in 2017, when we looked at opportunities that we believed had very good short-term profit potential, but we did not necessarily want to stay there in the long run.

CR: Traditional VC firms have been very considerate about the industry. Do you think we’ll see bigger interest from them in the future?

JZ: That market is changing.

As VCs, we didn't want to get into that because, a) that's insane, and b) the risk profile: The legislation wasn't there, the understanding of what will happen afterward wasn’t there.

JZ: Extremely, yeah. It was extremely gray. Yeah, VCs don’t like gray areas because think about it as you’re starting a new relationship and your partner is bipolar — and I mean, I don't mean to be mean to anybody who has a psychological condition, but I’m just trying to bring some lightness.

A startup is risky — any startup is. And then, you snap down to ICO and unregulated markets on top of that, that’s like risk on dynamite. 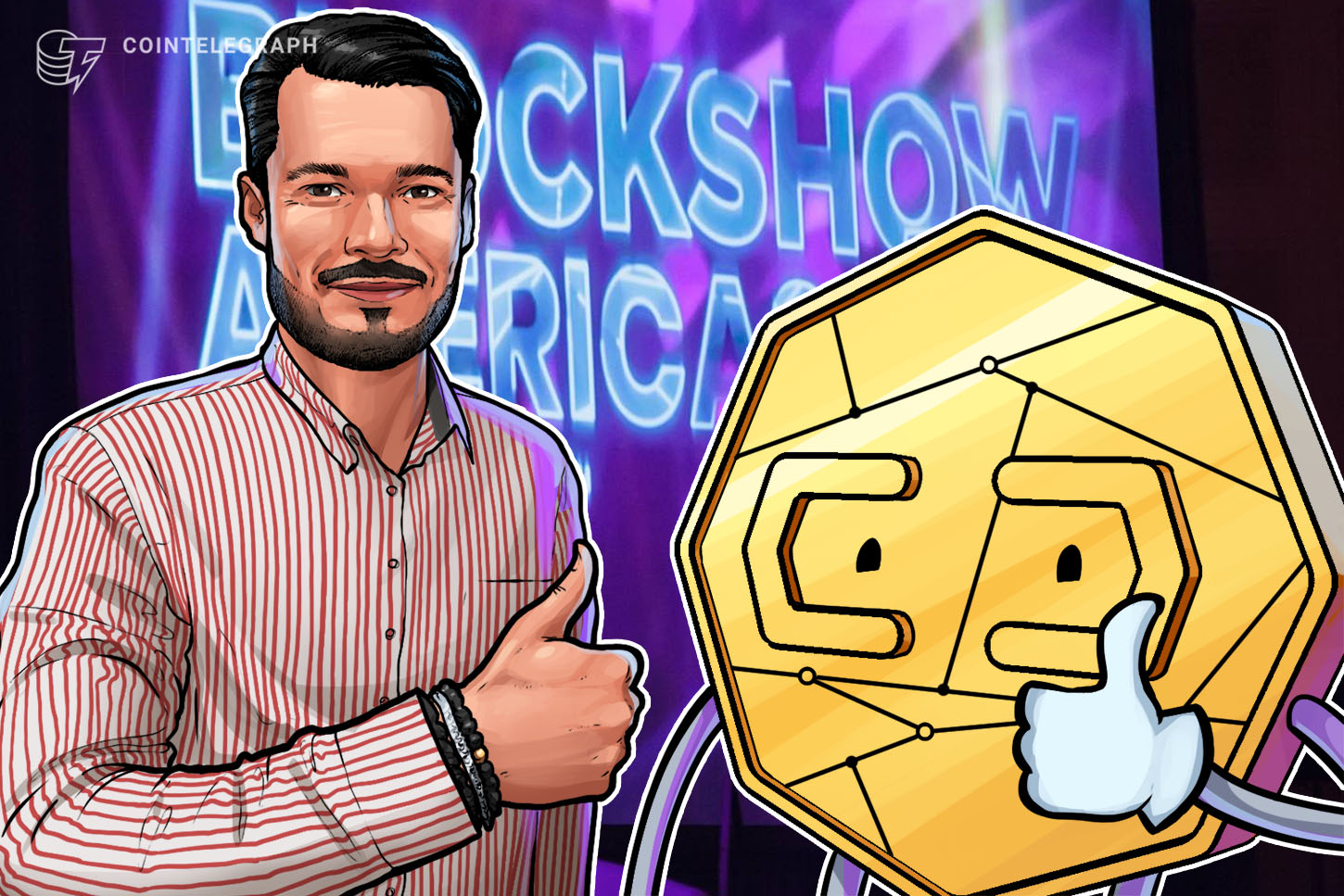 CR: I’ve looked through your social media platforms and I’ve noticed that you advise a lot of projects. Is that correct?

JZ: Sometimes. I'm a firm believer that you learn by doing. And right now, I'm focused on advising a few select companies that are in our portfolio, in the fund’s portfolio — and I’m doing additional advisory work — but the period from probably 2015 to 2017, I was advising quite a few companies.

CR: I was always interested in what exactly a crypto adviser does. What did you advise [on]?

JZ: I can talk about my experience, because I think there is a huge difference in what people are doing. [It all depends on the] expertise, the stage of the company and what's expected. I was always focusing on two core areas of expertise which I have. One is legal compliance and risk management, and the other one — corporate development: recruiting other advisers, recruiting early customers, [advising on] the strategy to get business partners, on how to make a project more sustainable and real early on.

That's what I used to do a lot as an entrepreneur — getting partnerships, early corporate investors — and when I advised the projects, that's the two areas I focused on.

CR: We’ve talked a lot about investing, but the question I usually ask everyone is —  are you a crypto trader yourself?

JZ: I'm embarrassed to say, but I am.

CR: Embarrassed? Why that particular word?

JZ: Well, because I think I’m a very atypical representative of the [venture capital] industry, because I tend to be serious in investing but not in other things. And a lot of folks in VC feel that crypto trading is very volatile, very illogical and they stick to what they know. [But] I trade. I trade in a very careful manner, but I do.

And anytime anybody asks about trading — Bitcoin, futures, horses, whatever — I say, educate yourself, read a lot, form your own strategy. If you can, watch what others are doing. Have a diversified portfolio — the modern portfolio theory works. But most importantly, don't put all of your money in there.

Cointelegraph editorial team thanks Julian Zegelman and BlockShow for the interview.